Breaking News: Mandarake Has Moved!!! And I Got Stuff There! 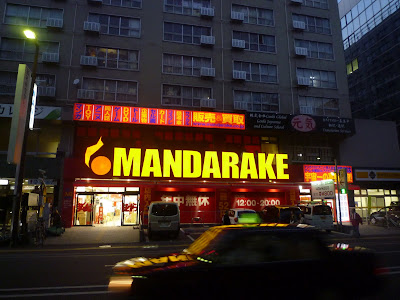 Last week my wife and I were downtown and dropped by Mandarake in Tenjin. As I noted last year in my review of the store here, Mandarake is without a doubt the best retro game (and toy) store in all of Fukuoka.

I feel like I'm in a little dreamland when I go there it is so good. Omocha Souko, our local retro game store out here in the suburbs kind of sucks in comparison. I get amazing deals at Omocha Souko from time to time, but they very rarely get any good stuff in. 95% of their stock is fake retro stuff (all these commemorative edition things that have been mass produced in recent years). Mandarake on the other hand is always full of amazing retro stuff. Its almost like going to a museum, you can just gawk at it. You won't get any insane steals like you might find at Omocha Souko on occasion (if I don't beat you to it), but they have fair prices on everything and a really great selection. Their staff are really nice too (Omocha Souko's can be a bit gruff at times).

Anyway, like I was saying, last week we were downtown and dropped by Mandarake. Much to our dismay though it was permanently closed!! They were actually hauling away boxes of merchandise as we arrived: 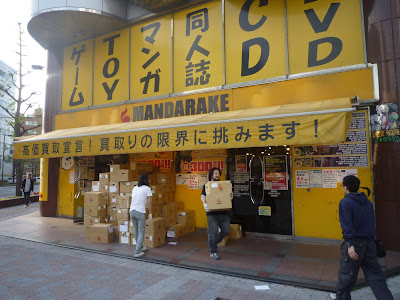 Thankfully we discovered on talking to the guy carrying the boxes in the above photo that they hadn't gone out of business but were just moving to a new location with more floor space than their current one. The grand opening of the new place would be on April 29th.

I knew I just had to be there.

The new place is in Daimyo, about a 20 minute walk away from their old one. The old one was in a 4 floor building that was extremely cramped. Whenever I'd go I would always end up bumping into people in the aisles, especially if I had a back pack on. The new one is only 2 floors, but they really do have a lot more space in there, so no more bumping into people.

They had a ton of female staff members dressed up in cosplay outfits for the grand opening welcoming customers at the doorway: 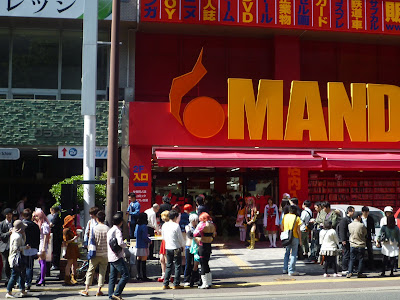 Unfortunately they don't allow photography in there so I couldn't get any pics of the inside. In a nutshell, its really big and really full of awesome old retro toys, comics and games. I kind of preferred the look of the old one actually, it had a darker, more cramped feel to it that somehow created a cool vibe to the place. The new one is more spacious and much, much brighter. Everything is bathed in florescent lighting. So I give them a thumbs up for the increased aisle width, but a bit of a thumbs down on the new decor.

The new space must have allowed them to display a lot more than the old place, as they had some new stuff I'd never seen before. The had an Intellivision system CIB that looked fantastic (you can see a pic of it on their website here).

I have to admit that I went on a bit of a shopping spree there. I didn't buy any Famicom stuff though, as they didn't have much new in that department.

I did find these babies though: 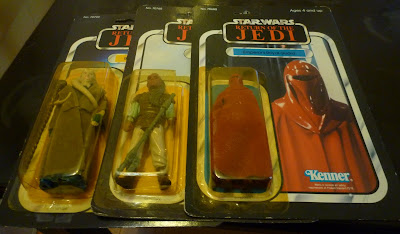 Yeah! Vintage Star Wars Action figures!! Whoo hoo! OK, they are all minor characters and all from Return of the Jedi, but they still count! And were they ever cheap!!

I'm not a huge fan of sealed stuff so these things are vexing me. I have previously on here slammed the practice of keeping stuff - and specifically Star Wars action figures - sealed, but there I had more in mind these new toys that are made for collectors rather than kids.

These ones on the other hand are actually vintage and sealed ones are hard to find. But I really want to open them up and play with them. Oh I just don't know what to do.... 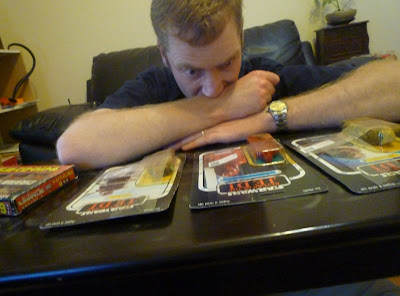 Anyway, these are only some of the things I bought. I might put pics of the other, amazingly awesome, stuff I bought in the days to come....