My blogging content has unfortunately fallen off to zero this month due to the perfect storm of being busy that has suddenly hit. I somewhat overextended myself and am now sadly working 7 days a week, a pace that will likely continue until well into next month. This has forced me to prioritize a few things and unfortunately this blog has fallen victim to that process.

So please accept my apologies for the fact that Famicomblog will be experiencing a brief bit of down time for the next month or so.

The good news is that this will only be temporary as once I have the mountain of work cleared off my desk I expect to have a relatively relaxed period after that, so the blog will return to normal quite quickly!
Posted by Sean at 9:01 AM 18 comments: 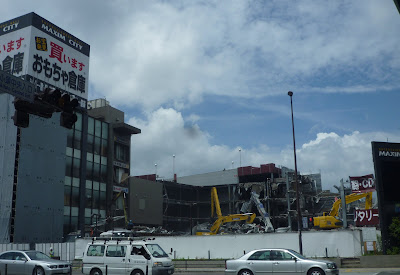 The above is probably the last photo that will ever be taken of Omocha Souko, my favorite game shop ever, which sadly closed in April. Within a few days all that will be left of that massive beautiful complex will be a vacant lot waiting to have a new pachinko parlor built on it.

Now check this out, the latest dental clinic in town. Open 7 days a week. Located in Ropponmatsu within easy walking distance of the subway station. 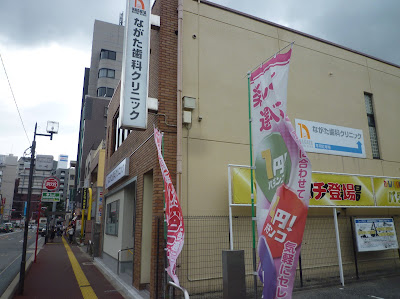 Anybody else out there in Japan noticed a similar trend of retro game shop closures? Or, I hope, openings?
Posted by Sean at 7:18 PM No comments: