Putting the Family in Family Computer 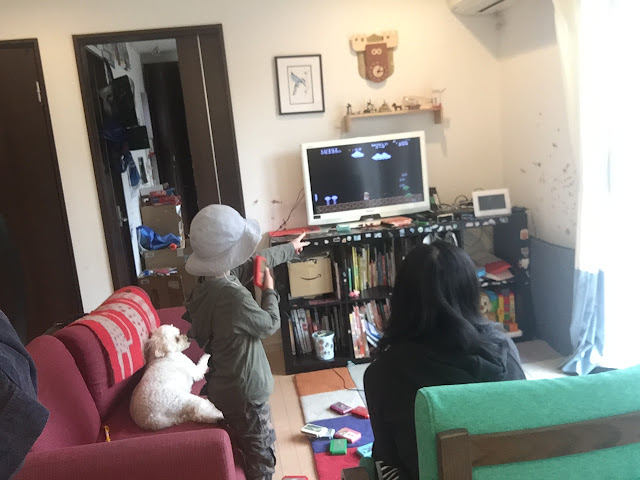 Hope you all are doing OK out there. I’m doing fine.


We are under a kind of light lockdown here in Japan now. No school and I’m mostly working at home, and glad to still be working!

On a lighter note, the greatest Famicom related thing that has happened to me since i got my first one almost 12 years ago occurred over the weekend.  I introduced another little human being to my Famicom.

Its hard to believe but the little baby boy that I wrote about on here back in 2014 is now a wonderful little kid who'll be starting elementary school before too long!  He's even got an awesome little sister now too.

I have only sparingly had time to play games since he arrived and had held off on introducing him to video games.  But with the lockdown and everyone home with little to do, and him being old enough to handle it, I decided to bring my Famicom down to the living room and hook it up to the TV for him (and for the whole family really, but mostly him).  It helped that it was a rainy weekend and we couldn't even play in the yard. 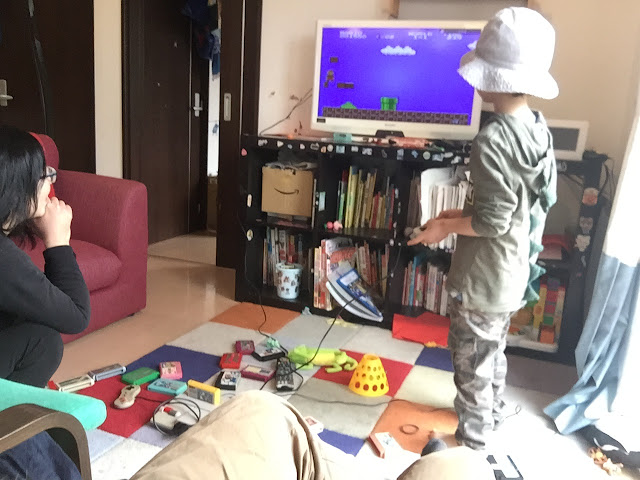 I brought a few games down that I thought he would like.  SMB, Ice Climber, Donkey Kong, Son Son, Galaxian, Antarctic Adventure and a few others.  And I just plugged it in and said "Lets play!"

And my son got about as excited as he gets on Christmas morning, it was great.

We played SMB a lot, my wife (a Famicom fan from her own childhood and my partner in Famicom gaming until parenthood made both of us, but especially her too busy) showed him the basics.

We played all afternoon. It is really fun watching a little kid play the Famicom for the first time. They move their entire body along with the controller.  So while playing Galaxian whenever he moves his ship to the left, he runs over to the left side of the room.  Then when he moves his ship right, he runs over to the right.  I had forgotten that such behaviour once seemed natural as a child.  It was so great to be reminded.

Son Son was my favorite, since its got a cooperative 2 player mode and we could play together at the same time.

At the end, he said the Famicom is now his favorite thing in the world.  Which was great, but also concerned me that I had accidentally rendered all of his other toys obsolete.  We noticed he was rubbing his eyes a lot that night, they got dried out from playing too long, another thing that I had forgotten happens to kids.  So we've instituted strict limitations on playing time after that.

One thing that I liked about it was that the Famicom is 37 years old, but he doesn't know that. For perspective, this is the equivalent of giving a kid in the early 80s a World War 2 era toy.  Weird.  Anyway, he doesn't care whether or not its old, he just knows it is fun, and his excitement is genuine and so great to behold.

I don't know how long it will last, but I hope to keep it going.  I haven't told him that I have like 800 more games for it (they are mostly in boxes stored in a closet right now).  Or that I have like 7 or 8 other consoles with hundreds of more games for them too.  For the time being the handful of games that I brought out are officially "The only ones we have" as far as he is going to know. And maybe I'll pretend to bring a new one home from work every once in a while and ask if he wants to play it with me.

Then maybe a year from now I'll pretend that they released a new version called the "Super Famicom" and pretend to bring that one home with a copy of SMB World, and hook it up and start again.

Anyway, this was kind of a fun distraction which I thought worthy of a blog post in the middle of this stupid pandemic.  I needed a pick-me-up, and this brought me one!

Stay safe and hope you are all doing OK.