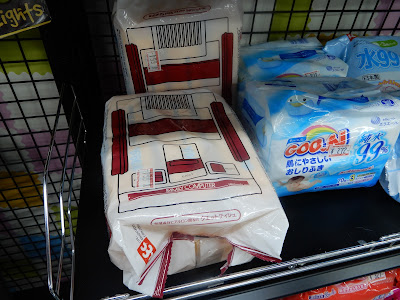 Let me introduce the new Famicom product that is going to change your lives forever: 99.9% pure water Wet Sheets!  With a Famicom style package!  And Super Mario Bros. cart on the side 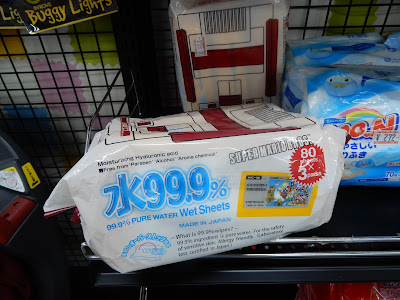 I have no idea why these things exist but they do, right in the baby section where they have all the wipes that are mainly for cleaning poo, an activity not generally associated with the Famicom in any way that I know.

I did not buy these because once you've settled on a wipe for cleaning poo, its very hard to change that.  Also these cost more than the ones we use.  And other than having a Famicom on the packaging which will just become garbage once you open it, they seem to be nothing more than generic wipes.

So I just thought I'd pass that find along to the internet for information purposes, these things need to be archived somewhere!

Famicom Menko are so Cool! 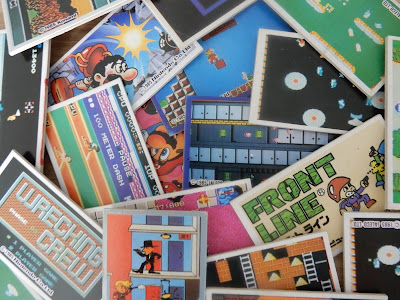 Menko are cool.  They are cards made on thick cardboard and designed to be thrown at the ground.  You win the game if you can use one menko card to flip over another one.  They were extremely popular during the post war period, though by the 1980s their popularity had declined quite a bit from its peak as kids had a lot more toy options available.

Despite this, there were also some Famicom menko released during that decade and they are awesome.  I already had a few that I bought four years ago but last week I bought a decent pile of them off of Yahoo Auctions to add to my collection.

They feature images of games from the first few years of the Famicom's lifetime - Wrecking Crew, Front Line, Super Mario Bros., Front Line, Combat and Lode Runner being among the games featured. 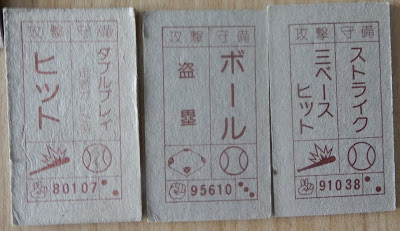 The backs of the cards feature another game kids could play - baseball.  You would flip one card over and it would tell you what you got (hit, stolen base, double play, strikeout, etc).

They are really thick: 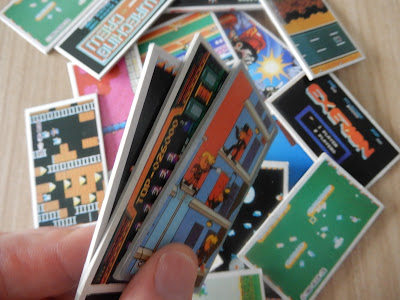 This is my new stack in all its glory: 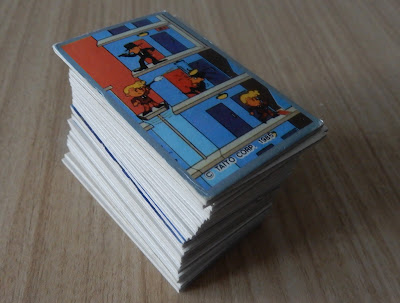 I'm not sure how many of these were made but I hope to put together a complete set someday!
Posted by Sean at 12:20 PM 6 comments: