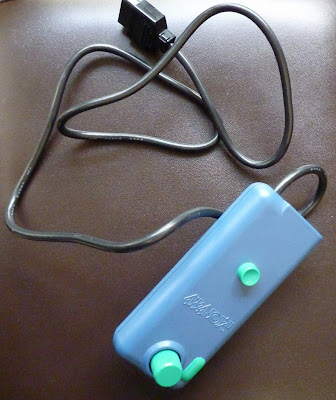 I was at a recycled goods shop the other day when I found an Arkanoid II controller for the Famicom in a junk pile where everything was 100 yen. I wasn't sure if it was still functioning but it looked pretty clean so I figured I'd take a chance. Its only 100 yen after all.

Turns out it does work. It is a pretty simple device, the green button on top is an all-purpose "start" button and the knob on the bottom is a steering device (the other button-looking thing next to the knob serves no purpose that I can devine).

I've been a huge fan of Arkanoid since I was a kid and my dad got me a copy of it for our Apple IIC. This controller takes some getting used to but it allows you to move Vaus at differential speeds, which the regular Famicom controllers do not. Thus far I haven't been able to get past level 3 on Arkanoid using it, but maybe with some practice.... 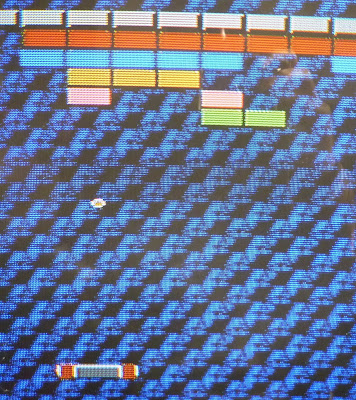 The controller actually works on these 3 games, all of which are quite fun to play: 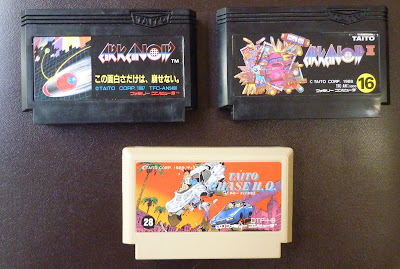 I understand that they also released a red and black controller to go with the first Arkanoid, though I don't know if it is any different from mine other than the colors. Damn good purchase for 100 yen.
Posted by Sean at 11:41 AM No comments:

Email ThisBlogThis!Share to TwitterShare to FacebookShare to Pinterest
Labels: Arkanoid 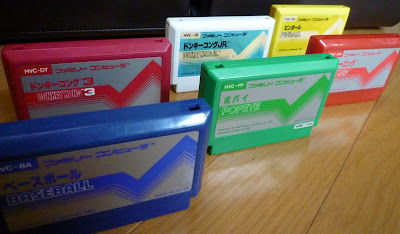 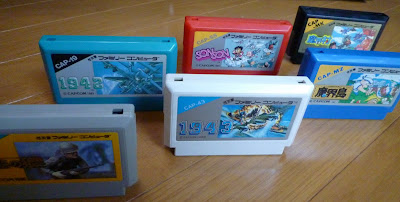 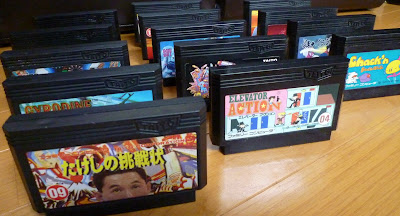 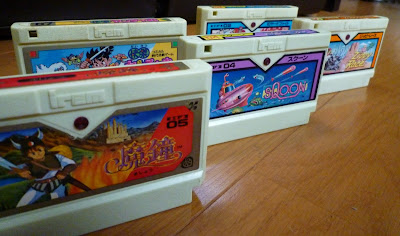 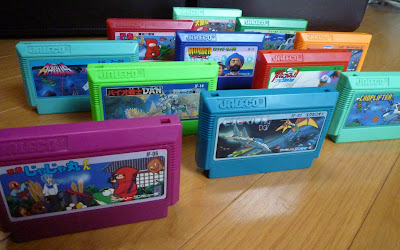 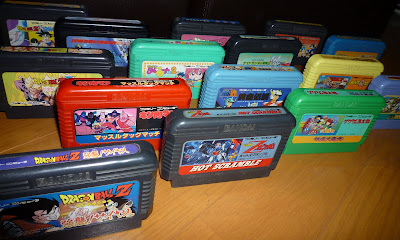