Famicom carte, that is.

After so many kind readers expressed interest in the Famicom Japanese slang I introduced in my previous post, I decided to put up a few more in (yet another) separate series of posts. I've decided to introduce a few of the individual games that seem to have more colorful video game slang going for them. Today's game is the classic Ice Climber. 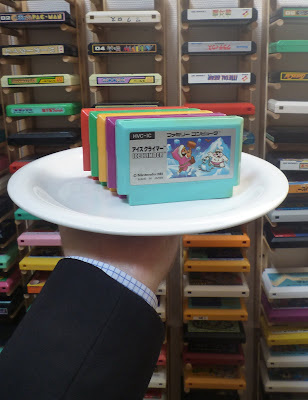 By way of introduction, I really like this game. Its one of the few Famicom games that you can play in two player cooperative mode, and its actually quite fun. I think my favorite such game is Son Son, but Ice Climber comes in a close second (in a tie with Contra). 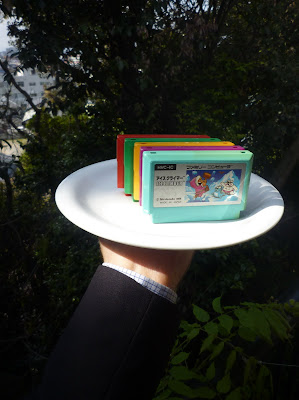 Anyway, here are some of the Japanese slang associated with Ice Climber as reported by the always entertaining Tatta Hitori no Famicom Shonen. As a disclaimer, I should note that according to that source, some of these phrases were "extremely local" in character and were not necessarily in widespread use. Nonetheless, I think they are kind of interesting and worthy of translation.

男気 - "Otokogi" - Refers to when you get to the top of a level, jump and fail to catch the bird and then fall, left or right, through the cracks to the bottom of the mountain. Literally means "Man spirit".

奈落 - "Naraki" - Used when you just miscalculate a jump and then end up falling through the cracks much further than you could have expected (ie all the way off the screen) to your death. Literally it is an obscure word for "hell".

ワッシャる - "Wassharu" - Game Over. This just mimics the sound the game makes when it is "game over".

雪印 - "Yukijirushi" - This is used when you make a mistake (such as making contact with a seal) and your character freezes (causing you to lose a life). It is the name of a famous dairy product company whose name means "snow brand" and whose logo looks like this: 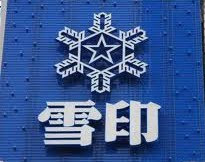 Anyway, there you go. Next time you plunk Ice Climber into your Famicom or NES, be sure to have these four useful terms memorized. Impress your friends!