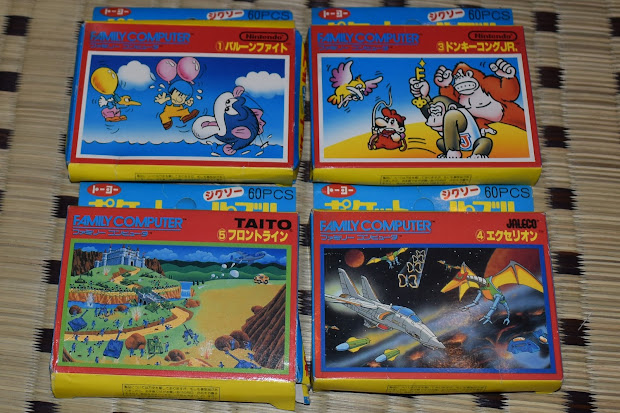 I picked up these on Yahoo Auctions recently: four Famicom jigsaw puzzles!

I already had a couple of Famicom game jigsaw puzzles featuring Star Force and Yie Ar Kung Fu which I picked up a few years ago and look like this: 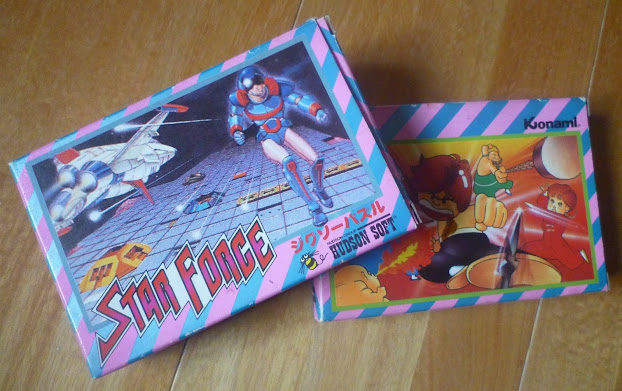 Those ones were produced by Amada, a company which put out a lot of Famicom related odds and ends back in the 80s.  The ones I got this week on the other hand were put out by a different company called Toyo.  In addition to featuring different games and coming in differently designed boxes the big difference between the two is size.  The Amada ones are small puzzles with only a dozen pieces, while the Toyo ones are bigger and contain 60 pieces each. 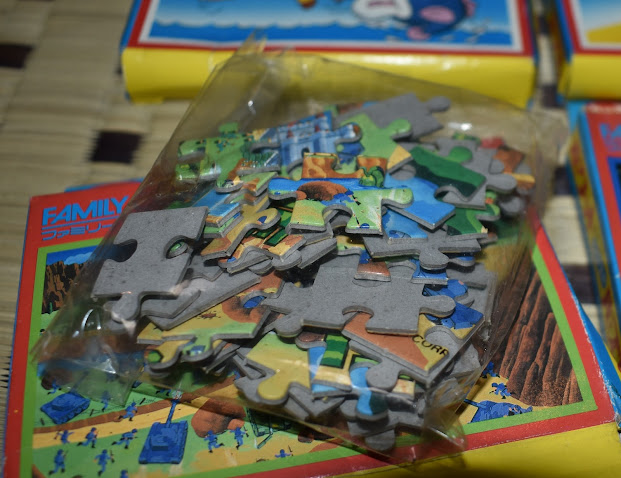 As the photo at the top of the post indicated the four I got were Balloon Fight, Donkey Kong Jr, Front Line and Exerion.  These games were put out by three different makers (Nintendo, Taito and Jaleco) whose company logos are on the front.  The Amada ones (at least the ones I have) featured games by Hudson Soft and Konami.

The back of each box has a checklist of the six different puzzles.  In addition to the four I have they also made Wrecking Crew and Hyper Sports. I'll have to find those at some point so I can complete the set! 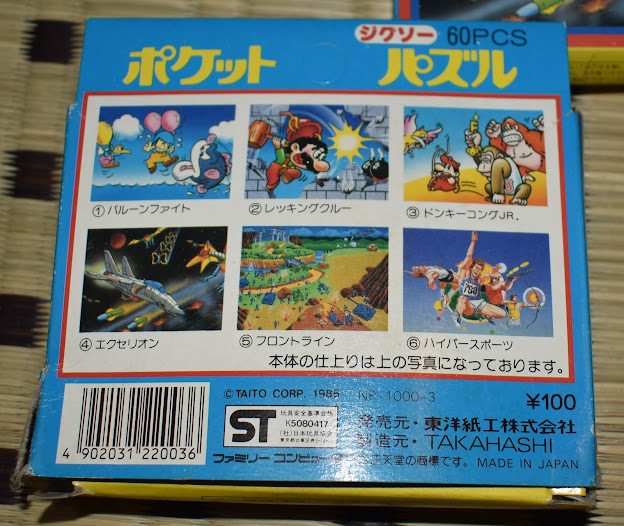 The sides of the boxes say "Pocket Jigsaw Puzzle" in bold lettering: 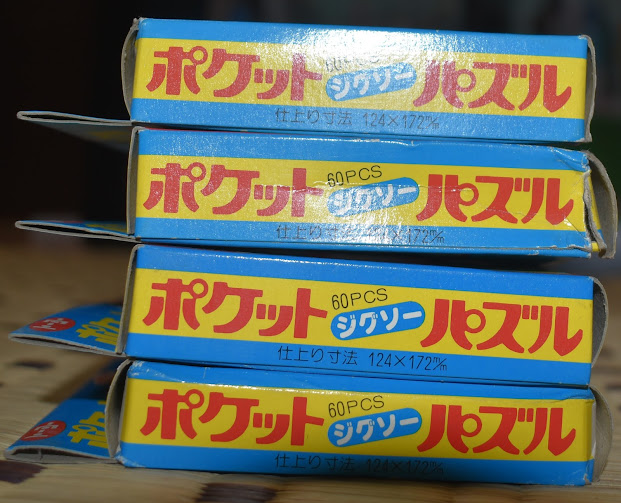 The top edge of the boxes tell you which game is depicted: 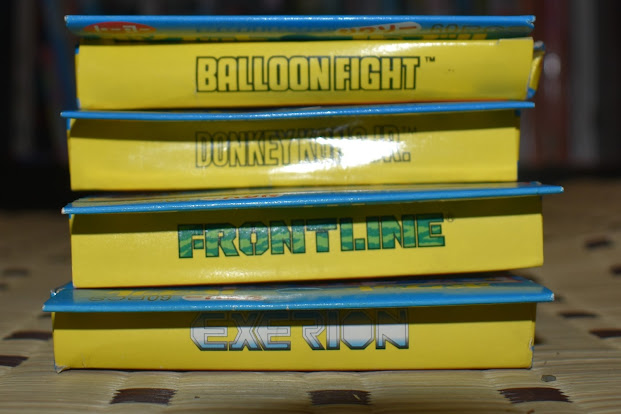 These are pretty awesome.  They are all still sealed in their original bags inside the boxes, I think these are "dead stock" that were store leftovers.  I haven't broken them out to put them together because I bought them more for the box art than the puzzles themselves!
Posted by Sean at 11:12 AM 4 comments: 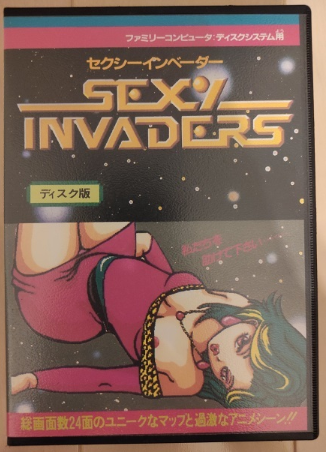 I was browsing Yahoo Auctions earlier when I stumbled across an auction for a CIB Famicom Disk System game called Sexy Invaders which I had never heard of.  Actually it seems most of the world has never heard of it either, except for this brief FAQ on Game FAQs there isn't really much out there about it.

Its kind of weird to see cover art like that on a Famicom game.  It may come as a shock, but this may not even have been licensed by Nintendo (gasp).It came out in 1990 and was released by a company called Super Pig. 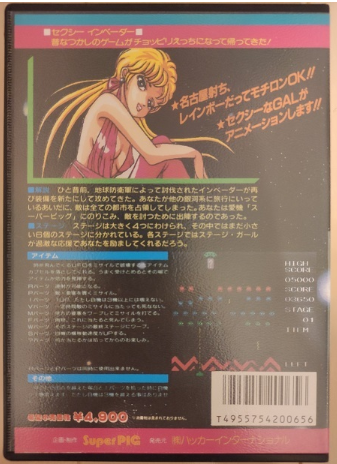 Reading through the FAQ it seems that despite the title and provocative cover art, this game has nothing to do with sex.  Its basically just a Space Invaders clone.  I guess for marketing purposes they decided the best way to sell that was to spice up the name. 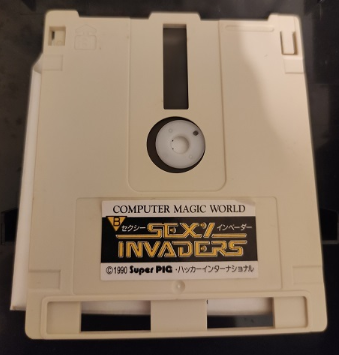 That doesn't seem to have worked though since I don't think many copies of this game exist, I've never seen it before.  Ironically that makes it one of the harder to find Famicom games out there and thus the focus of a lot of attention among Famicom collectors.  Out of more than 33,000 Famicom items up for auction right now, this one is near the top on Yahoo Auctions "most paid attention to" listing, and is the number one Disk System game.  Its currently got a bid of 3433 Yen with 3 days left, I'm curious how much it will go for.  I'm not a disk system guy, or a sexy guy, so I'll pass, but thought it was kind of interesting nonetheless.