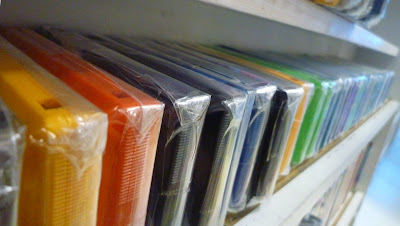 This is kind of an update on two earlier posts in my series on Fukuoka's Famicom shops: 007 and the Hakozaki Flea Market. 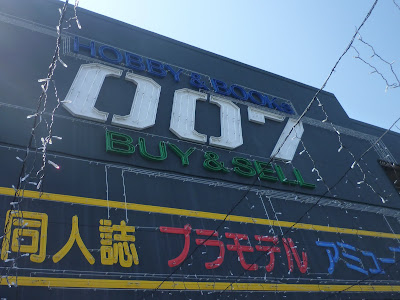 First 007. I went in today actually looking for something non-Famicom related, but I noticed that they had totally re-decorated their entire video game section. As I had my camera with me I decided to take a few photos of the new layout as it looks completely different from what it did 6 months ago when I made my first post about the place.

I really like what they have done with the Famicom section. As the photos in my earlier post show, they used to have their Famicom games hanging on pegs from racks. They've totally gotten rid of the pegs and now have all their retro video games on shelves: 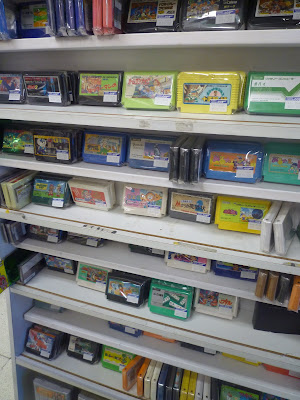 I think this looks a lot better than the old system. Something about shelves....I just like them for some reason.... 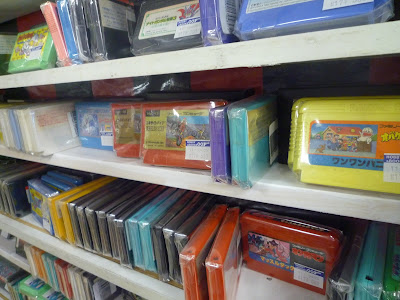 Well, at least I like them for Famicom carts. Having Super Famicom carts on shelves like this really just highlights how mediocre they look in comparison to their flashy, colorful predecessors: 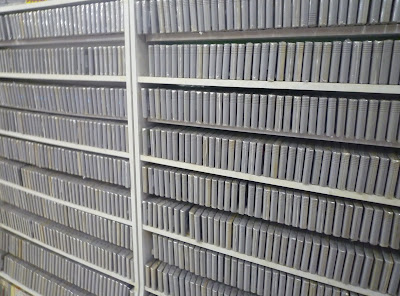 I didn't buy anything as, despite the new look, the stock is more or less the same as before and I've got all the games they have. They did have one decent bargain though, 36 Super Famicom games in a box for 3,000 yen (about 35$ US): 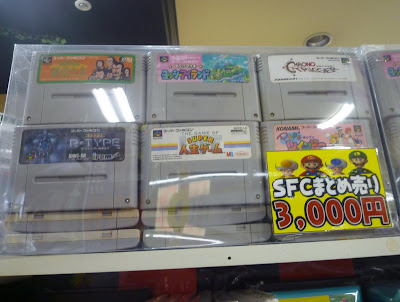 For 2000 yen a similarly sized box of total crap could also be yours: 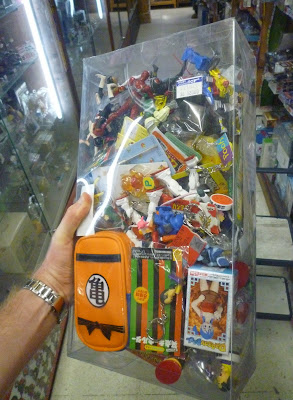 I was also glad to see that they didn't change a thing about the best part of their store, the glass showcase of expensive retro games: 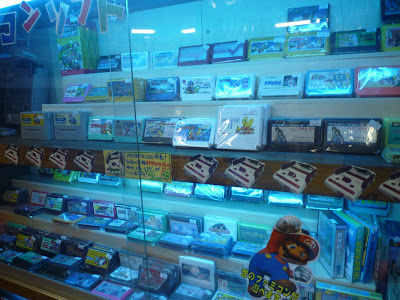 Anyway, enough with 007, on to the Hakozaki flea market. 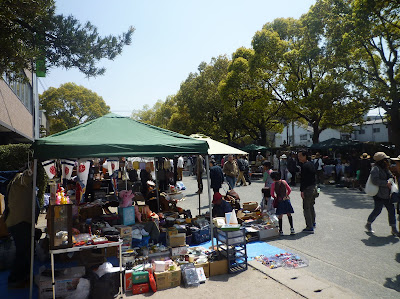 Actually, I don't have much to say about the Hakozaki flea market either. They held it last Sunday and I just happened to be passing through so I had a look. One new dealer who I haven't seen before had a selection of Famicom and Super Famicom games out: 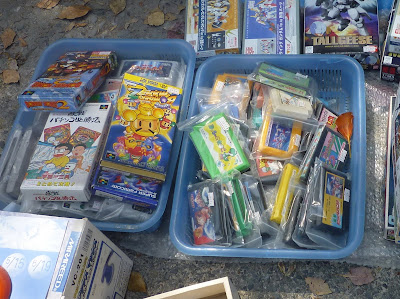 These were actually a pretty good deal. They were 300 yen each and he had some good titles in there which usually sell for much more (Super Mario Bros. 3, some Downtown Nekketsu games, etc). I already had them so I didn't make any purchases, but I give him a thumbs up for charging a reasonable price for a decent selection of Famicom carts.