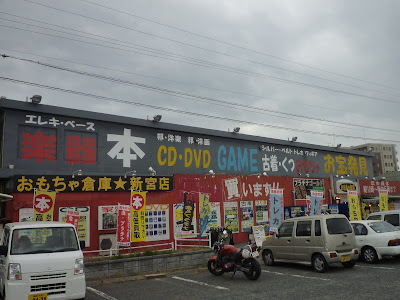 I often write on here about a store called "Omocha Souko" that I visit and get either ridiculous bargains or completely ripped off at. This may give the impression that there is only one shop by that name, but in fact there are three of them in Fukuoka. The one I go to is the main store and is located right on my way home, hence my constant visits.

The other two are branch stores. One is way out in Meinohama, west of town. I visited it once about a year ago on my way to Ito Shima. Its not bad, but way too far for me to ever visit again.

The other branch is in Shingu, east of town. Closer than the Meinohama one but far enough away that I rarely visit. I happened to be out in the area today, however, so I thought I'd drop by for a look-see.

The Shingu Omocha Souko is a pretty interesting place. It isn't as big as the one I usually go to, but they actually have a bit more interesting stuff. Like the Famicom Robot: 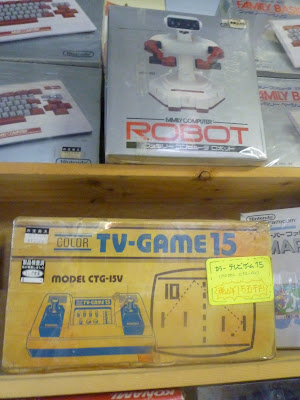 Note the Color TV Game 15. It costs about twice as much as what the other Omocha Souko charged me for one. This is one of the biggest reasons, in addition to distance, that I never visit the Shingu Omocha Souko - most stuff is way overpriced. The Famicom Robot was 10,000 yen, which seems a bit high to me.

They had this amazing thing right next to it though: 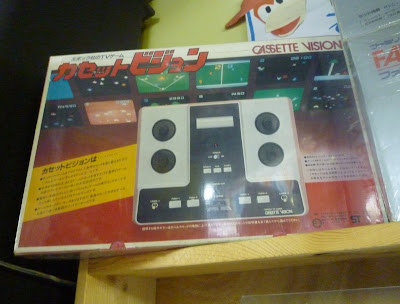 This is the Epoch Cassette Vision. I have been looking for one of these forever and today was the first time I have found one in a game shop. It was released in 1981 and as Wikipedia notes "it has the distinction of being the first successful programmable console video game system to be made in Japan." Of course, the Famicom's release a couple years later basically wiped this thing out.

If they had wanted 10,000 yen or so for it I would have been sorely tempted to buy it, but they wanted 20,000, which is way more than I've seen it going for on Yahoo Japan auctions, so I gave it a pass. It was a real beauty though, the box looked great.

They had a few other interesting computer/consoles from the 80s put out by Toshiba and Sony: 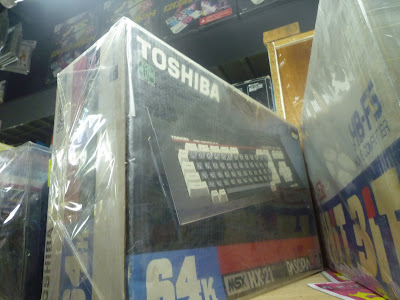 They have an impressive collection of Famicom carts, both loose: 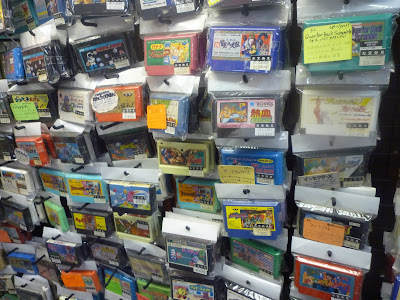 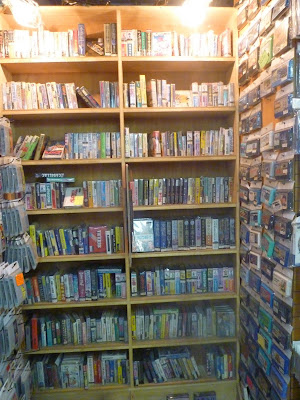 Ironically the one spot in the store where they had their games extremely reasonably priced was in the glass case where they kept the best ones: 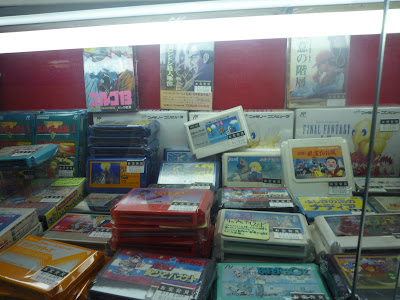 They had a copy of Spartan X2 in there for only 1500 yen, which is about half what most shops charge, if they have one. I suspect the reason why the glass case stuff is cheaper is that these have been recently priced, while the stuff on the racks was priced years ago during the peak of the retro-game collecting craze.

In the end, I didn't get Spartan X2, though it was tempting. Maybe next trip.

Instead, I got something else for the same price. It wasn't a Famicom or video game thing, but actually came from their toy section. It is vintage (made in 1982) and, like the Famicom, was a predecessor to a toy that would later be released in North America.

I like it so much I think I'll devote an entire post just to it rather than revealing what it was here:)