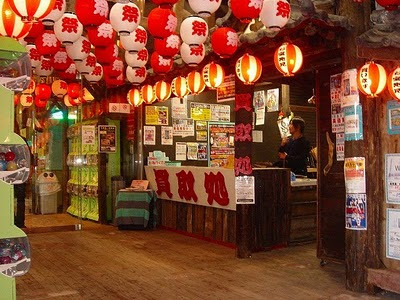 Three years ago the entrance to Omocha Souko looked like the above photo. Bright and lively. Today it looks like this, dead and dark: 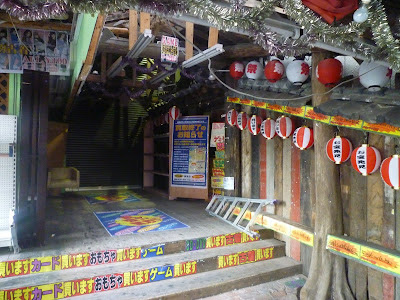 *(actually lost in 2012, but its hard to find a word that rhymes with twelve and I was stealing this from a poem about Ebbets field which closed in 1957 and....anyway, never mind).

I have been meaning to do a final post in my series on the closing of Omocha Souko for over a month now. Before I could do that though I felt I needed one event to occur so as to bring a sense of closure to me, that event being the store actually closing.

I had to wait a while for that to happen because in typical Omocha Souko fashion (for all my love of the place it really was poorly managed) they couldn`t even go out of business right. After telling everyone they were going out of business on April 1st they just kept the place open for a few weeks longer in an attempt to get rid of whatever remaining crap they could sell.

The long, drawn out process was a pathetic site to see. A store slowly deteriorating - shelves emptying and not getting re-stocked, displays getting knocked over and nobody bothering to tidy them up. 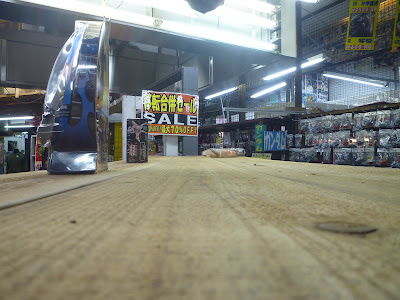 It had a sort of poetic quality to it (hence the above poem.), with all the broken pieces nobody wanted left to sadly await their fate on the shelves. Headless nymphs: 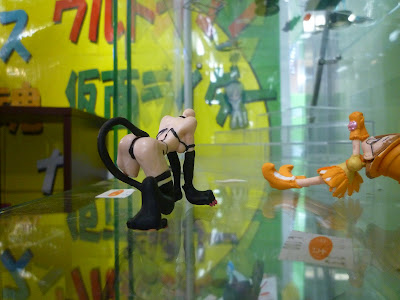 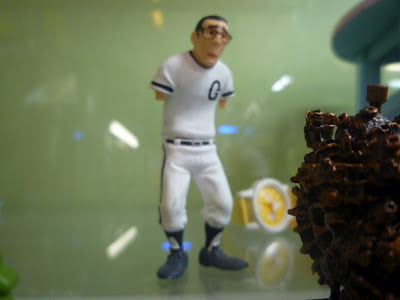 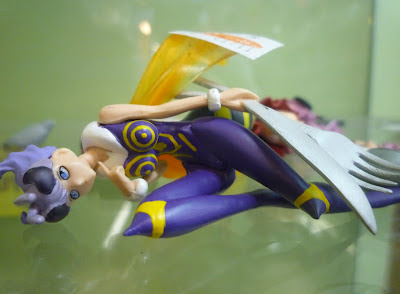 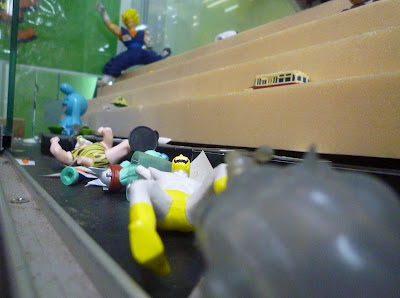 The saddest site though was the once mighty glass showcase where they kept the nice Famicom games. It once boasted pride of place and had some actual good games in it but in the final days was basically tossed aside into a corner, with what meagre fare that remained not deemed valuable enough to even warrant locking the door anymore: 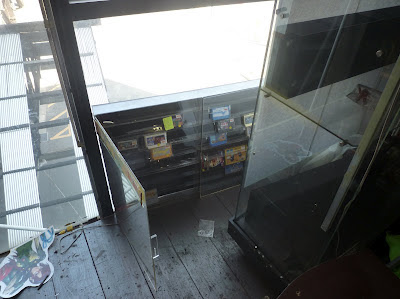 And the remaining merchandise was in the process of being crated up for transport to the Shingu store: 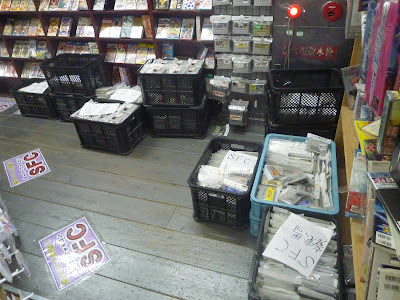 When the place finally closed a few days ago instead of feeling sad I actually felt a bit relieved that it had been put out of its misery. Which is a shame because I really do miss the place. Omocha Souko was the first place that I ever saw a Famicom game at, on my very first visit to the store just a week or so after it opened in 2008. They had a mountain of Famicom carts, thousands of them, in a huge pile at the top of their elevator. It was an amazing thing to see. There was a sign saying 300 yen each next to the pile. I didn`t know what they were at the time having never seen a Famicom before. They were clearly video game cartridges from some 1980s system, but other than that I knew nothing, except that they looked incredible in all their colorful glory and that I wanted them. It was from that moment at the top of that Omocha Souko escalator that I became hooked. A couple of weeks later I bought my first Famicom and the rest is history.

So on that note, this will be my last post about the place. Omocha Souko Fukuoka Honten: I salute you. Thanks for all the memories. And the games.
Posted by Sean at 10:28 AM