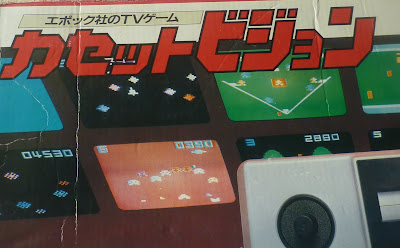 The missus and I were at the Hakozaki Flea Market today. It was a pleasant spring day, perfect weather for flea marketing. 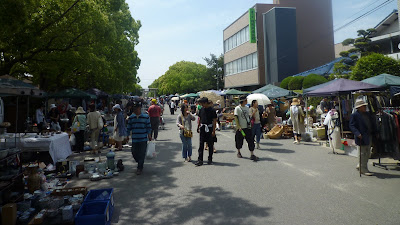 In terms of retro game acquisitions, I am happy to say that it was an extremely productive day. In terms of saving our money for the mature, responsible things that adults usually purchase, I am sad to say that the opposite holds true.

Fortunately though this blog appeals much more to the segment of society that favors the former, so I have some stuff to write about.

I made two really great retro game purchases. I've never bought retro game stuff at that market before, so I was surprised to find not one but two hard to find items at bargain prices offered at separate dealers. This post deals with the first purchase, I'll follow up with a second post on my other "get". 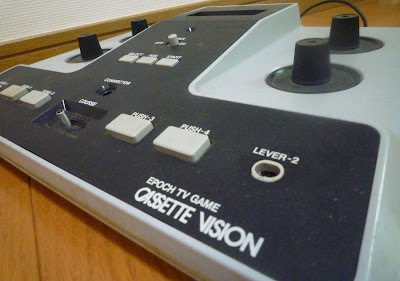 I've been looking for one of these for the longest time. Just two weeks ago I found one for the first time at a retro game store selling for 20,000 yen (about 240 dollars or so). So you can imagine how excited I was to see that this one was only selling for 1000 yen (about 12 bucks)!! Complete in box and everything! 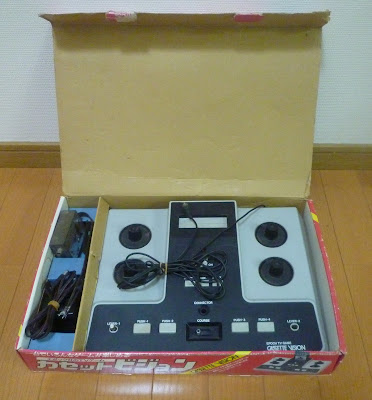 There was a small catch though. The player two lever is broken (you can see it missing on the lower right side of the console in the above photo). Other than that and a few dings here and there, it is in good condition. The seller, who seemed an honest guy (he warned me about the broken lever before I bought it) told me that it works. Unfortunately I don't have any Epoch Cassette Vision games so I can't confirm that.

This is probably one of the most under-appreciated consoles out there. The reason I've really wanted one is because Wikipedia says that this was the first successful programmable cart based console ever made in Japan. The key word in that sentence is "successful" as a little further research has revealed that the Bandai TV Jack 8000, which also used cartridges, beat it by a couple years. That wasn't a popular one though, so the Epoch Cassette Vision gets the "first successful one" prize.

It is a very unusual console too. You'll note that it doesn't have controllers, all the player controls are built into the top of the console itself. I'm not too sure but I think this must be the only cartridge based system like that.

I opened it up to see how easy it would be to fix the player two lever. I have the lever itself, all I need to do is glue it back on. Anyway, this is what the insides look like: 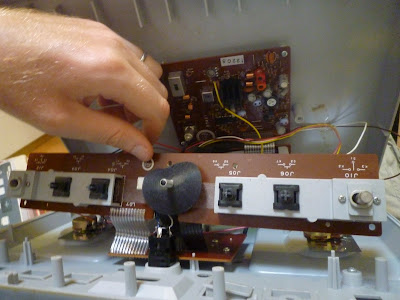 My conclusion: its got a lot of wires and stuff in there.

So now my new mission is to get some carts for this thing and try it out. And glue that player two lever back on. The games themselves are very hard to find. The Famicom just totally wiped this thing out of the market, so it wasn't out there for very long. I asked the guy I bought it from if he had any and he said no, they are really hard to come by in Fukuoka (that honesty again).

Its an important piece of video game history though and I'm quite pleased with it!

Tomorrow I'll write something about the other great retro game thing I got!