Other Famicom Stuff: The Strategy Guides 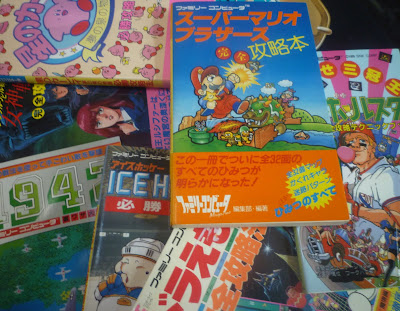 One side project in my collection that I have been slowly working on over the past few years has been the Famicom strategy guides.

Anyway, pretty much every video game store of any size in Japan will probably have a section devoted solely to video game strategy guides. For the Famicom collector these sections are almost always a letdown. At most of the stores I frequent, they have hundreds of strategy guides for Playstation, Sega Saturn and even Super Famicom games, but I often look through shelf after shelf of these guidebooks and don`t find a single Famicom guide. This applies not just to game stores, but also to regular used book stores which I also search from time to time for Famicom strategy guides and almost always come away empty handed.

In the three years I have collected for the Famicom I have been able to amass more than seven hundred Famicom games. In contrast my Famicom strategy guide collection has a grand total of: 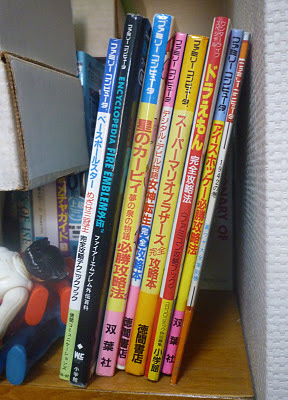 The only place in town that has a decent selection of Famicom strategy guides is Mandarake, and they are pretty much all expensive (generally 1500 -4000 yen), so I have only ever bought one of them there (1942, which was quite cheap).

I suspect that the reason for their scarcity is that strategy guides only really took off during the Super Famicom era and that relatively few were produced and sold during the Famicom`s day. Either that or people threw their guidebooks out once they had finished with the games.

Anyway, I really like these books. They generally have quite colorful covers and all of the pages in them are fully colored as well, like this one for Super Mario Bros.: 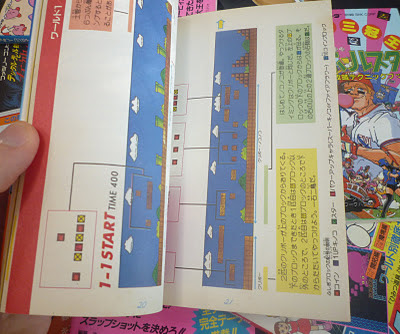 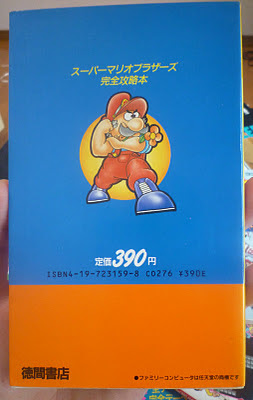 There were a number of different publishers that released these, so they come in a wide variety of styles. The Super Mario Bros. guide was published by Family Computer Magazine. I love the font they use to write their name: 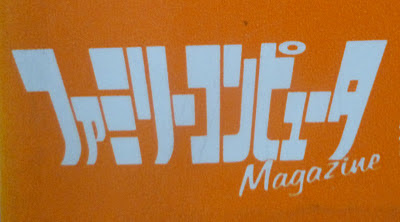 I never use these as actual guide books. Most of the games just don`t need them and any games that do probably aren`t ones I`m interested in playing anyway. I just like them for what they are - colorful stuff.

The biggest I have is Hoshi no Kirby, at 127 pages: 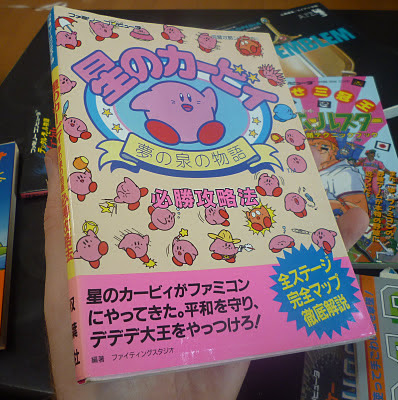 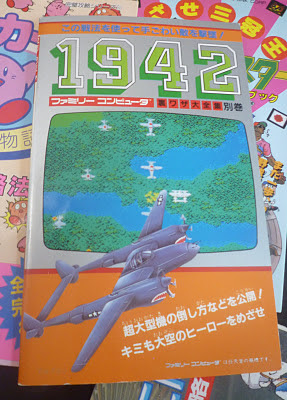 I quite like the cover of the Ice Hockey one: 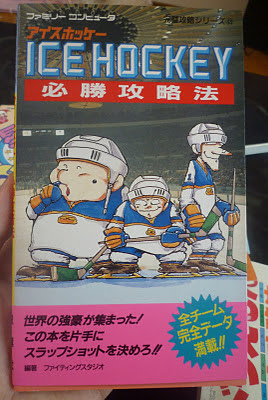 And the Doraemon one has an interesting ad for more strategy game guides on the inside cover including Adventure Island and Meikyuukumikyoku. The two at the bottom are volumes 1 and 2 of the Takahashi Meijin Story, which also sounds interesting:

I`m hoping to score a few more of these, but I have no plans of trying to collect one for every Famicom game ever made. I`m not even sure how many games had these made for them, though it seems likely that a lot did.
Posted by Sean at 10:34 AM