Bringing a New Console From Mandarake Home on the Subway 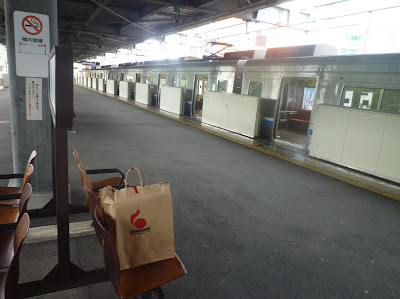 For a guy who complains a lot about how many retro consoles he has, I sure do buy a lot of them.

Today I bought another one. I was downtown this morning on some business after the completion of which I managed to sneak into Mandarake. I like to visit there once a month or so when I`m in the neighborhood just to see if they have anything new.

Today they didn`t have anything new per se, but they did have a new price on something that had been there for a while. It was something that I had wanted for a long time but had been needing a bit of an extra nudge to actually go through and buy the thing. A 50% reduction in price was, it turns out, enough to do it for me.

The console in question was on display in their glass case. The Mandarake glass case is awesome - nothing but the best in retro video game consoles in all of Fukuoka go in there. I love it when I can actually buy something out of there. The prices are nowhere near as cheap as the junk bins in other stores, but it makes me feel like a big shot to be able to get something out of the glass case.

Unfortunately they don`t allow photography in the store so I couldn`t take any pictures of the case. I did however photograph most of my trip home via the subway system with my new console in tow.

First we entered the underground shopping complex that leads to the station: 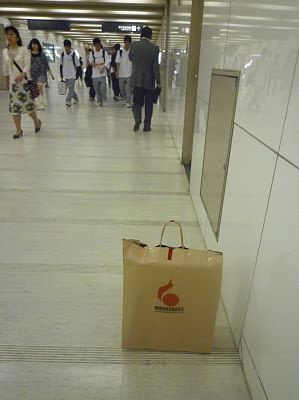 On arriving at the station we purchased our ticket at the machine: 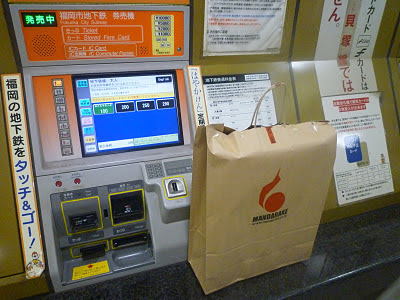 Then we got on the train, which was quite crowded. Somebody with a similar looking bag from Mujirushi sat opposite us: 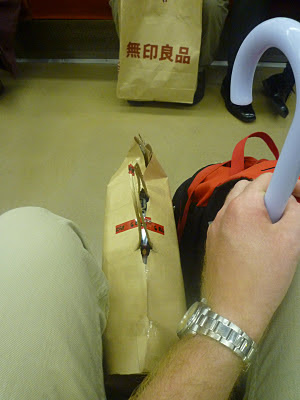 Then we got off after only one stop to transfer trains. We had to wait on the platform for a little while: 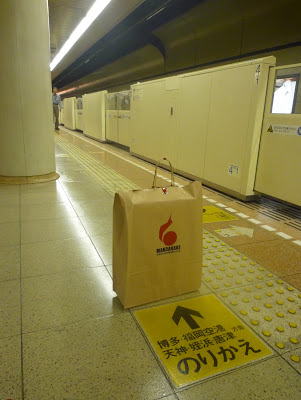 The next train wasn`t so crowded so we had quite a bit of room to ourselves: 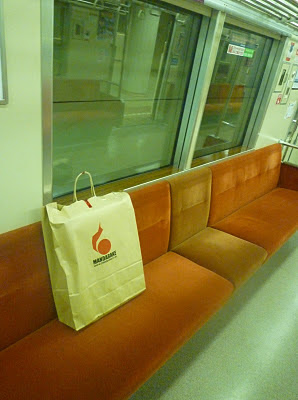 Finally we arrived at the station near my home and took the escalator up and out of the subway system: 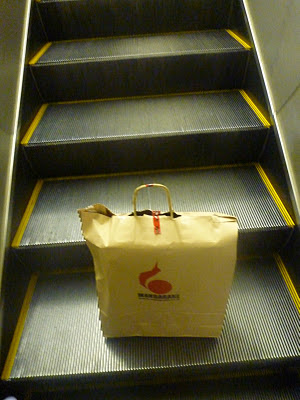 So there you have it - my newest console brought home by Subway. Fascinating, I know.

You may wonder what my new console is. I`ll give you a few clues.

1. Its heavy.
2. It isn`t a handheld, it connects to a TV (with an RF switch, not AV cables).
3. It was released in the early 1980s.
4. It was also released in the United States. The American version was much more succesful than the Japanese one.
5. Beat Takeshi appeared in TV commercials for it.

I`ll do another post about it tomorrow.
Posted by Sean at 2:41 PM