Bandai Intellivision: This Could Be the Beginning of a Beautiful Friendship 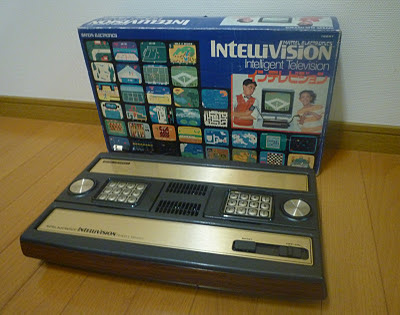 Here she is, my newest console in my constantly-expanding collection: the Bandai Intellivision.

If you are familiar with the Mattel Intellivision then this is basically the exact same thing only in a different box.

I love really early pre-Famicom systems and when I first saw this at Mandarake a few months ago I knew I had to have it. The problem was that it was that it was a bit too pricey for me at the time. It had pride of place in Mandarake`s new location, and this very one was even featured on their store`s website here.

When I went in this week and saw that they had cut the price in half though - that was my cue. Cha-ching!

This thing is awesome on so many levels, I just can`t count them all. When I took it out of the box the thing looked brand new: 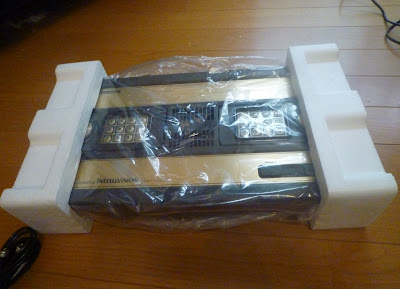 I don`t think anyone has ever even played this one before, there wasn`t a scratch on it: 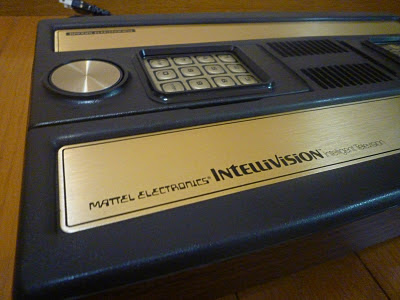 Oh god, look at that wood grain panelling! Just look at it! 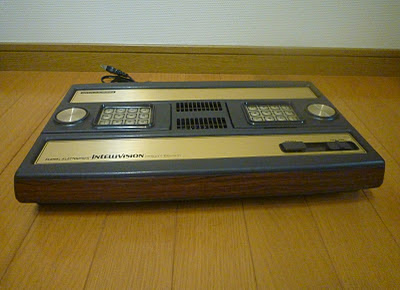 I miss the days when all household entertainment devices had false wood grain panelling. They really should bring that back.

Gotta love `em controllers too. Very hard to use but they look so retro that I`m willing to forgive that shortcoming: 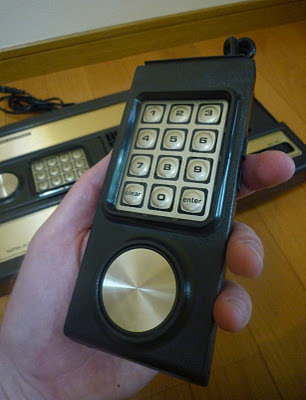 The box is amazing too. Its got these two characters: 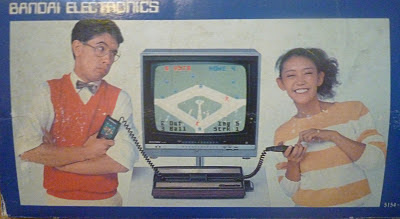 The guy on the left looks quite skeptical, but look at how much fun the girl on the right is having. She knows what time it is! Its Intellivision time, baby.

It also has screen shots of a couple dozen or so games on the front cover, which is an aweseome thing to put on a box: 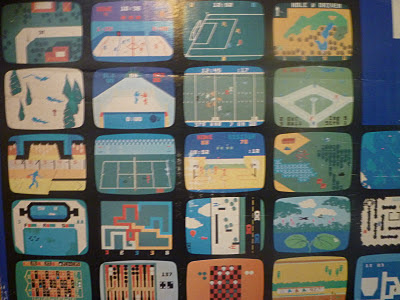 The back of the box is a bit less exciting but there it is for you if you were curious: 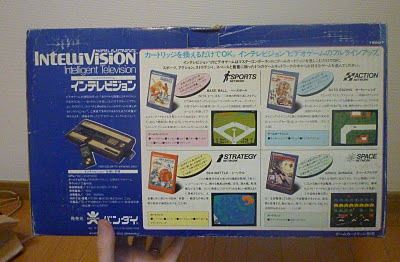 This thing was REALLY complete in the box. I got the manual: 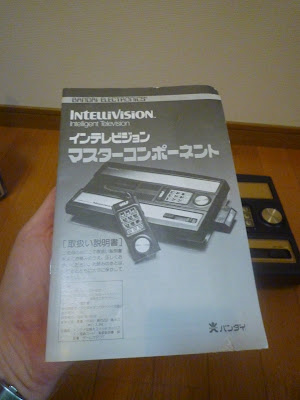 A 32 page color catalogue of all the games that would have been worth the price of the whole thing just for that photo on the cover: 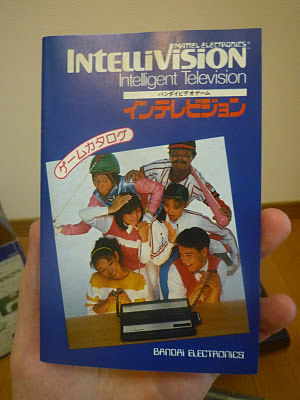 It has the original warranty card that still hasn`t been filled out: 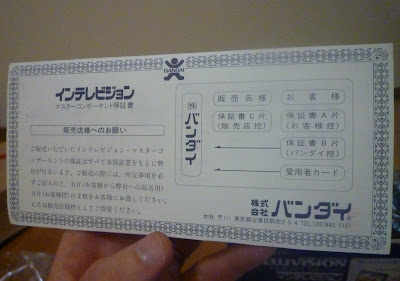 And an envelope addressed to Bandai head office for the customer to mail the above warranty card to. It is specifically addressed to the Intellivision branch: 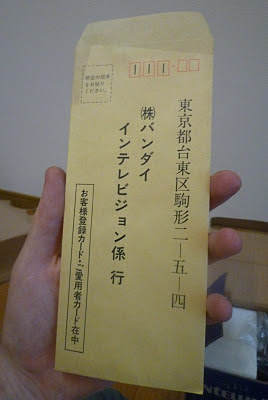 For some reason I love the fact that this was still in there!

Anyway, perhaps I should say a few words about the Japanese version of the Intellivision as most people probably don`t know that it was even released in Japan. There is a very good write up about the history of the Bandai Intellivision on Intellivision World. The basic story is that Mattel marketed the system in Japan through Bandai beginning in 1982. The unit price was a whopping 49,800 yen each, and you can imagine what the Famicom`s release a year later with a price of 14,800 yen did to that.

The system never made it off the ground here and today they are quite hard to come by. An Ebay search for the phrase `Bandai Intellivision` turned up exactly zero hits for me just now, and even a search of Yahoo Japan Auctions in Japanese only turned up one console and one game (Q-Bert) for sale. According to Chris Kohler at Wired, these usually sell for about 400$ in Akihabara. I got mine for about 75$, which was a pretty major score.

The only down side is that while I now have a beautiful and complete Bandai Intellivision, I also have exactly zero games to play it with. I asked the guy at Mandarake who sold it to me if they had any games and he just said ¨uh, no¨ with a look that indicated I should have known that before I asked as nobody has games for this thing. D-uh. As with most unsuccesful consoles, the games for this one are extremely rare and expensive.

Thus, in an unusual turning of the tables for someone who is used to being surrounded by mountains of retro games at local shops, I`ve just spent the last hour on Ebay ordering up a few titles from sellers in the US. I bought ten games from one seller who offered decent shipping to Japan. This gives me the distinction of being the first person in the history of mankind to have retro video games sent to Japan from America rather than the other way around.

Related Posts:
- Bringing a New Console Home on the Subway from Mandarake
- About a Virtual Boy
- Mega Bargain of the Day: Sega SG-1000 II