In Search of the Square Button Famicom Revisions 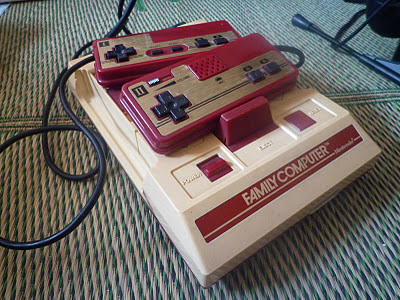 This post is about an interesting little bit of archeological research that is being conducted into the hidden history of the Famicom - the revisions.

Revisions are basically just that - revisions. Over the course of the Famicom`s lifetime Nintendo was constantly revising the insides to deal with technical issues as they cropped up. Each time they did a revision they would number the board with whatever revision it was. Due to the fact that these were numbered sequentially (ie starting from 1), it is possible to establish a timeline of these revisions in relation to the development of the outwardly visible changes in the console - most notably the switch over from square to round buttons.

My interest in this was sparked by jpx72 over at Famicom World, to whom I sold my old square button Famicom a few weeks ago. To me it was just a broken old Famicom that I had no use for which I was glad to get rid of. To him it was an important piece of history that was of immense interest. His enthusiasm piqued my interest and I began to learn more.

He directed me to this thread over on Famicom World where you`ll find a little debate going on. The posters there have been slowly trying to piece together the history of these revisions based on Famicom consoles they have found. Square button ones, being the earliest Famicoms issued, are of particular interest.

Their research so far has found that consoles from the 5th revision were the last to have the square buttons. From revision 6 they started having round buttons.

So my little old square button Famicom confirmed that the 3rd revision had in fact been sold to the public. As of now nobody seems to have a confirmed sighting of a 1st or 2nd revision Famicom.

Anyway, among the avalanche of recent bargains I`ve been finding at Omocha Souko has been another square button Famicom. This gives me two in total, including the one I got a few months ago which is in great condition.

After procrastinating for the longest time I decided that today was the day to actually open up these two square button Famicoms and see which revisions they were.

The new one I opened first. This is what the board looks like: 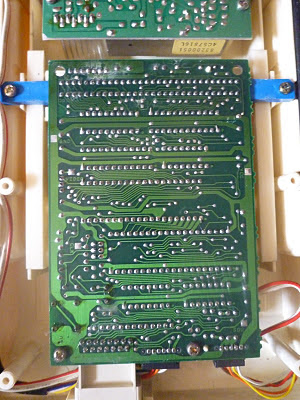 The revision number can be found in the lower left hand corner: 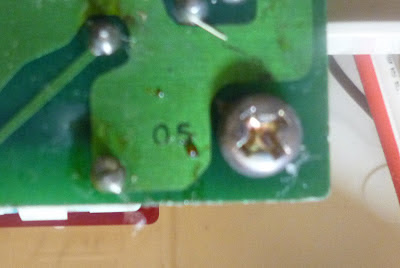 You can see that little 05 there, which means it is a 5th revision console, the very last before the round button ones came out.

I then cracked open my other one and discovered this: 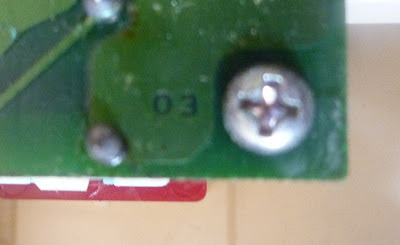 It is a 3rd revision one! This means that it is tied with my old one that I sold to jpx72 as the oldest revision square button Famicom out there! I don`t know why but for some reason this fills me with an immense sense of satisfaction!

Anyway, this is just my little post about a very interesting bit of research being done into the history of the Famicom. Maybe someday a 1st or 2nd revision board will be found.
Posted by Sean at 7:00 PM