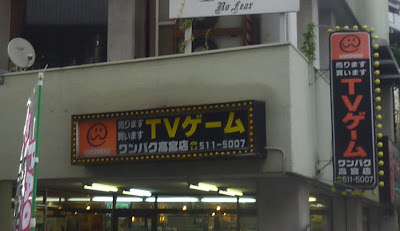 Yesterday I was on my bike doing some errands in the Ohashi area of town. I like that part of the city, it isn't in the main downtown area, but it has its own centre of gravity and some nice shopping areas with cool restaurants and stuff. Unfortunately it is pretty far from my place so I don't get out there very often.

As I was cycling in that area I came across a long-forgotten Famicom store: Wanpaku TV Game. The last (and only) time I had visited this shop was about two years ago when, like today, I had just stumbled across it while on my bike. That time I was with my wife and we were on our way home from a day trip, but she allowed me to pop in for a look.

They had a semi-decent selection of retro games at the time and I remember purchasing a boxed copy of "Aero Gauge" for the Nintendo 64 because it was cheap (about 200 yen) and looked like it might be a decent game (its kind of mediocre actually).

So I was quite pleased when I came across this shop again, so I parked my bike and, as I luckily had my camera on me, spent a few minutes re-acquainting myself with the store.

One thing that I really like about this shop is its location. Directly below a darts bar and right next to a pachinko parlor: 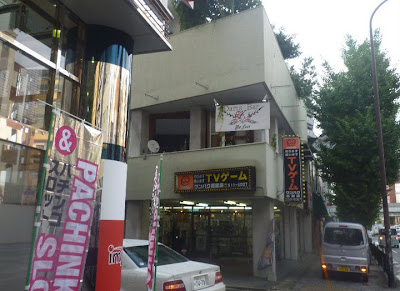 I spotted one of those Super Mario Bros. 25th anniversary posters in the window, I really have to get one of them for myself: 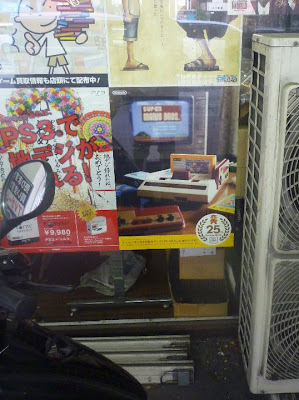 Here is the front entrance, not particularly impressive but about what you'd expect. Wanpaku TV Game is an extremely small store in comparison to Mandarake or Omocha Souko: 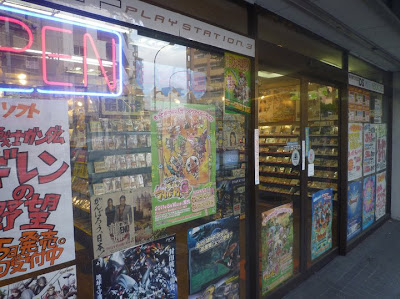 As I walked in, the lack of activity in the store was overwhelming. No customers at all and a lone employee, a young man who looked to be in his early 20s, sitting hidden behind some display racks at the counter reading a comic and paying me absolutely no mind. That must be the best job in the world, assuming of course that he doesn't own the place.

The vast majority of their stock is, unfortunately, current gen games. They seem to have reduced their retro game section considerably since my last visit, or perhaps it was never that big to begin with: 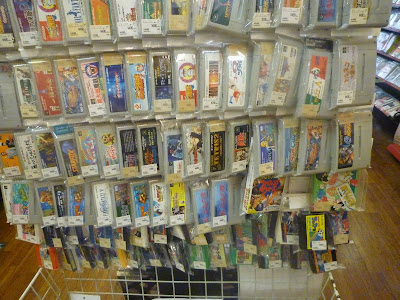 They only had a couple dozen Famicom games, all of which I already had. The prices were about average, no bargains but nothing too expensive. Smaller shops like this rarely have the blow out prices that bigger ones offer on occasion. They had another similar sized rack with Gameboy and Nintendo64 games, but there wasn't anything exciting there either. They didn't have a single retro console for sale. 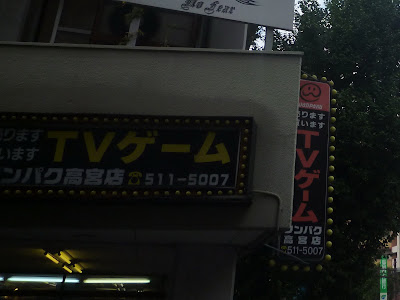 In the end I walked out without making a purchase, but it was kind of fun to re-acquaint myself with this place. Mainly I think it was nice just because the shop reminds me of the pleasant day trip I had just had when I first discovered the place.