Are you the type of person who just doesn't have enough frustration in life? Do you enjoy disappointment? Thrive under annoying circumstances?

If you answered "yes" to all three of the above questions, a Famicom Disk System would be perfect for you!

Alas, I answered "no" to all three. I was so happy when I just had my Famicom carts to collect and play with. Good old Famicom carts. They almost never break. If they do, all you have to do usually is blow on them. Easy solution. And if the game label says "Super Mario Bros." then that is what game you are going to get.

Since I got my functioning FDS a few weeks ago though things have changed, man (may I call you "man"?). As the above photo indicates, I now have three copies of Super Mario Bros. 2 for the Famicom Disk System. Until this morning I only had two. Neither one of which worked. Error 27 all the way, baby.

I found another copy of it for 100 yen at Omocha Souko today. For 100 yen I figured what the hell, even if there is only a 1 in 10 chance of it working, its still worth the shot.

I just got it home. Guess what? Yup, it doesn' t work.

Sigh. At least I can probably boast the largest collection of non-functioning copies of Super Mario Bros. 2 out there. I guess that is something!

But not to worry, I also bought a Kinnikuman game for the Disk System which was also 100 yen! 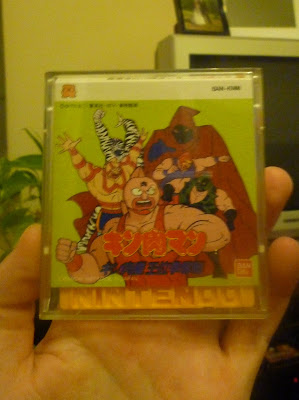 See, it even says Kinnikuman on the Disk label (er, that bunch of Japanese writing in red says "Kinnikuman"): 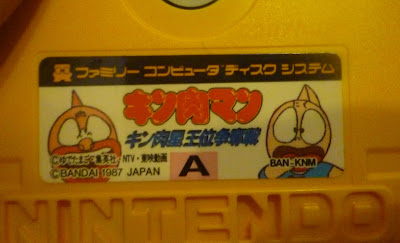 Cool, so I'll just pop that in there and enjoy a cool game of.... 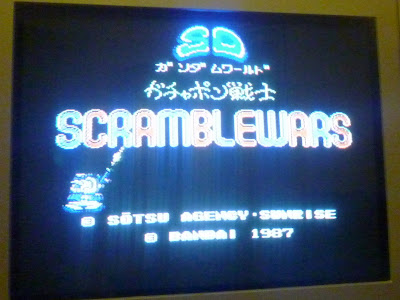 Scramble Wars? What the hell is that?

Ah, some kind of Gundam themed game. Oh well, better than nothing!

I remember watching an episode of Famicom Dojo once where the discussed this problem - FDS disks that were re-written with other games. But you know, buying one yourself is just one of those things you never think will actually happen to you - until it does.

So remember: unless you answered "yes" to the three questions above, be very wary about purchasing a Famicom Disk System. And don't do drugs. That's all the advice I got.