The Famicom Game Collection at the New Year 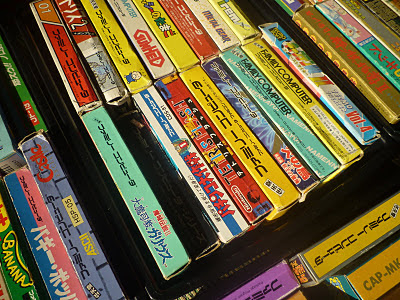 Another year is at an end. I thought this might be a good time to do a little review of the state of my Famicom game collection.

At the moment I have a little over 700 different Famicom carts, roughly 2/3 of the total. I say `roughly` because unfortunately I lost my checklist a few months ago and since then have had to basically guess which ones I need when making purchases. At some point I`ll have to create a new one.

Anyway, that means that my progress was pretty slow this year as I already had over 600 different carts at the end of 2010. That is to be expected though, the more carts you have the harder it gets to find the ones that you still need.

My Famicom collection at the moment is scattered throughout my apartment in a variety of nooks and crannies. Basically anywhere I could put them. My favorite games I keep on my little custom built Famicom cart shelf, which is still decorated for Christmas: 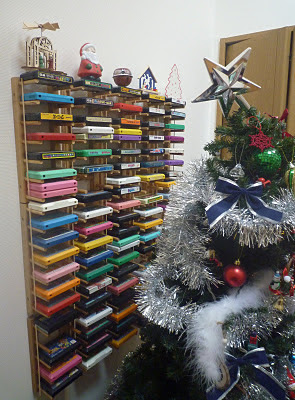 Other games that I like but which didn`t quite make the cut for the shelf go in this box: 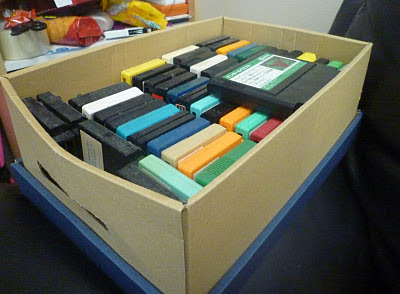 Or in this little side table: 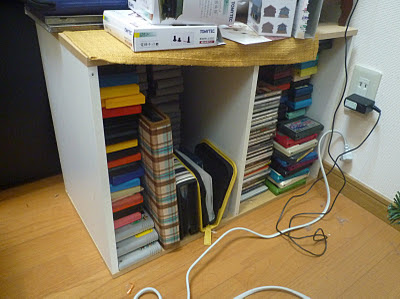 Or here in this little space on the other side of the sofa: 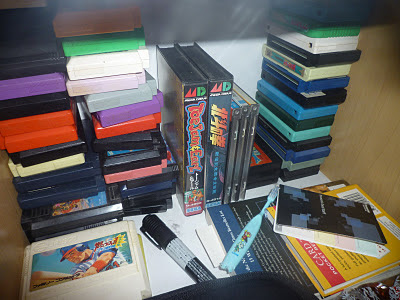 Or just in front of the TV: 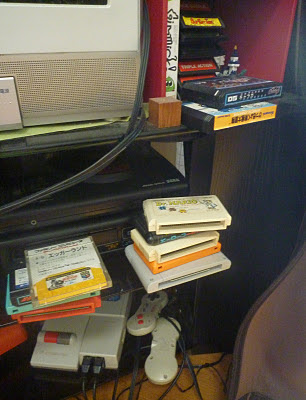 I also have a big pile on a shelf in the spare room. I used to store the entire collection there but since we got the dog I`ve only been able to use a little corner of it, right next to the Slave 1 there: 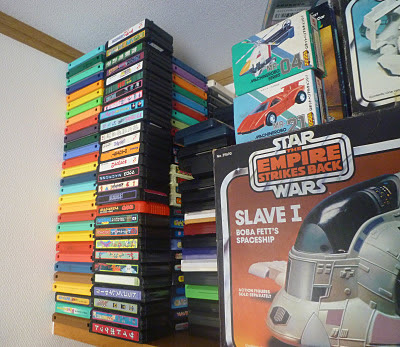 These are games that I basically don`t play anymore. There are a few good ones in there, but its way too much of a pain to find them. I keep the colorful ones facing out as I think it makes the room look a little brighter. 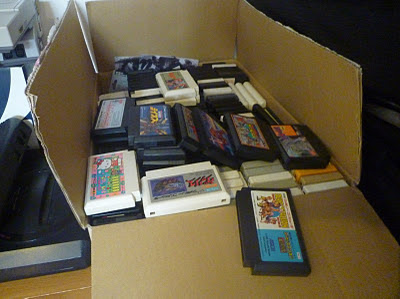 Oh and of course my ever expanding Complete in Box Famicom collection, which is getting quite big. I really wish I had a way to display these, that is another thing that will have to await our moving into a bigger place someday: 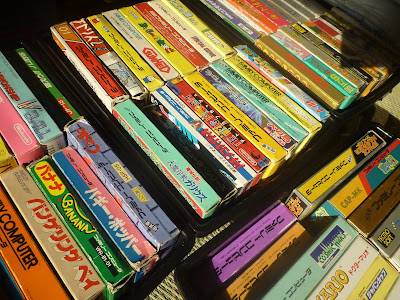 In addition to all of that I have my doubles. I`ve actually sold quite a few of them over the past few months, but the pile is still impressive: 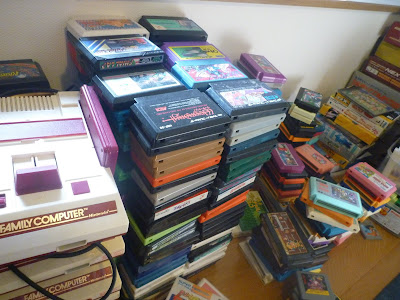 And that is about it for my Famicom collection!

This will in all likelihood be my last post here for 2011. I hope you all have a nice New Year!