Stuff you Might Find in a Lot of Games Bought Off Yahoo Auctions: An Autographed Copy of Takahashi Meijin Bouken Shima! 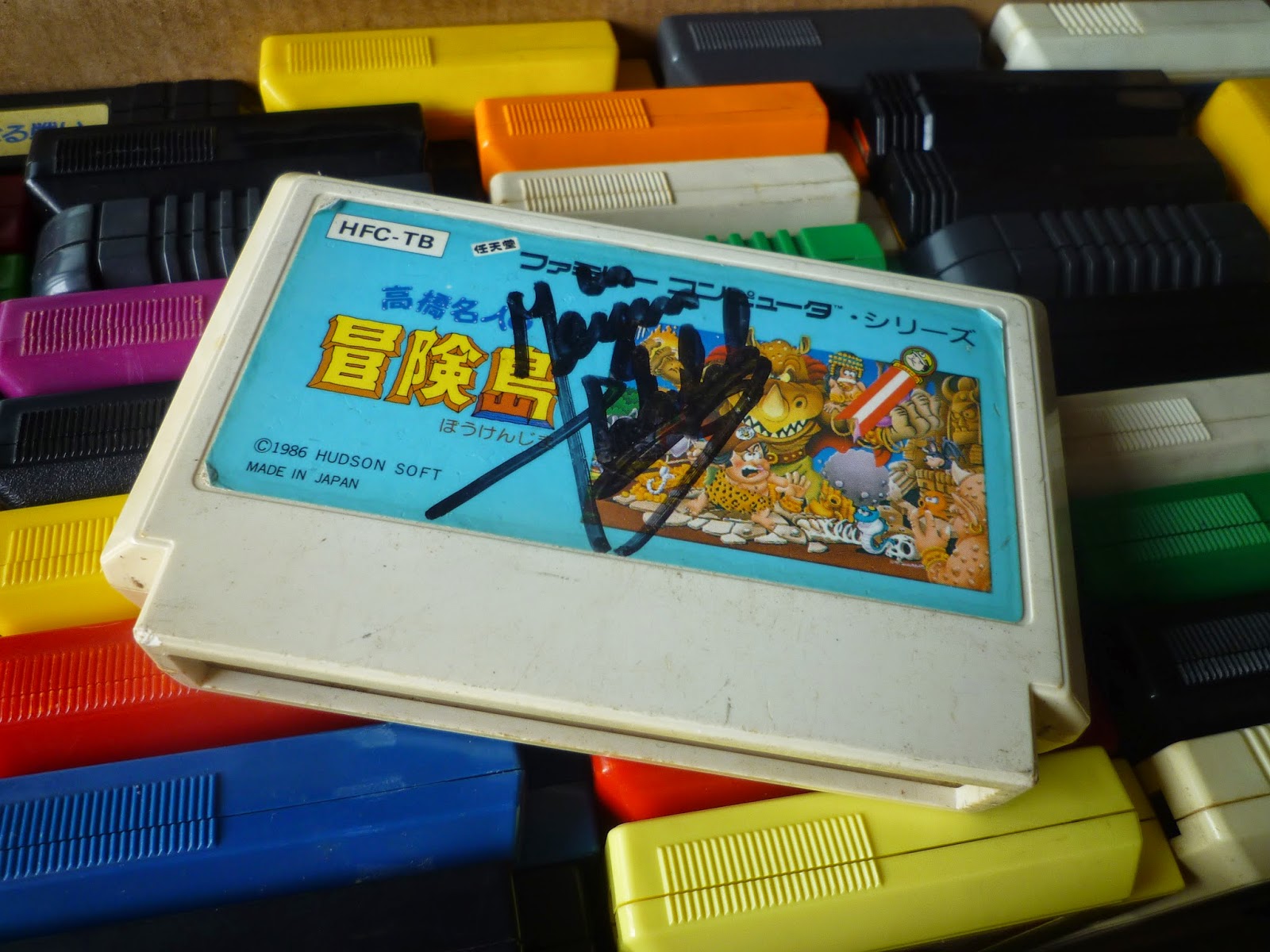 I bought a lot of about 70 Famicom carts off of Yahoo Auctions a few days ago and they arrived in the mail last night.  Sometimes lots of games that you buy there will turn up unexpected treasures like a copy of Battletoads or Gimmick, especially when it is someone who doesn`t necessarily know much about games and is just selling off a big pile of them which they found in a closet or something.

This lot turned up a little treasure of its own which I have never seen in a lot like this before.  A copy of Takahashi Meijin Bouken Shima (Adventure Island) autographed by Takahashi Meijin himself!

I`m not an autograph expert, but I looked around Google and this does indeed look like his autograph.  Its possible that it is a forgery, but a few things suggest it is real.  The first is that if you were going to forge his autograph you probably wouldn`t choose this cart, which is fairly beat up.  The second is that the seller didn`t even mention there was an autographed cart in the lot, and this cart wasn`t even in the main thumbnail photo on the listing, which you would expect someone trying to rip people off to do.  And, like I said, it looks like his autograph.

Anyway, assuming its real I think this is a pretty amazing addition to my collection.  Takahashi Meijin is probably the most well-known face associated with the Famicom from its heyday in the 1980s.  There are of course a lot of Nintendo people (Takahashi worked for Hudson) who were more important, but as recognizable personalities they have a lot less recognition than Takahashi, whose face was plastered all over advertisements, was featured in five games (not including the SFC and Gameboy ones) and even had his own TV show.  Probably Arino from Game Centre CX is the only person to give him a run for his money as the most recognized Famicom personality in Japan, but he only became in that regard years after the Famicom`s peak popularity.

Actually now that I have this I am wondering how easy it would be to meet the man and maybe get him to sign a copy of Takahashi Meijin Bouken Shima II.  I love that pink cart and it would look amazing with an autograph on it.
Posted by Sean at 9:49 AM