Only in Japan: Spelunker and Spelunker 2 Yuuja he no Chousen

For a while now I`ve been thinking of doing some posts on Famicom games that were only released in Japan. I recently picked up a copy of Spelunker II, which gives me the whole Spelunker series of two carts. A fitting place to start I guess.

The first Spelunker is a game that for some reason remains quite popular in Japan. My wife played it when she was a kid and has a lot of fond memories of it. 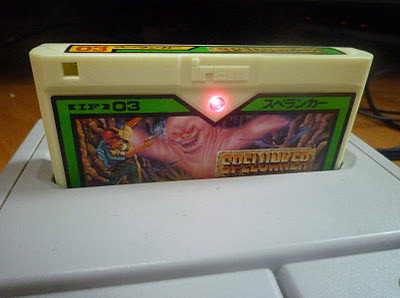 It is, however, massively difficult and frustrating. You are a miner in an underground series of tunnels armed with a drill. Touch anything and you die. Time that jump wrong and you die. Fall off even the tiniest of ledges? You guessed it. You die.

I turned it on just to see how far I`d get before writing this piece. I didn`t make it past the first level. I can never get those jumps timed right. 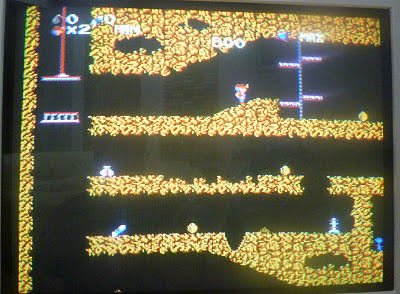 Spelunker 2 I had never played before today and I just plugged it in not really knowing anything about it. It is nothing like the first Spelunker. 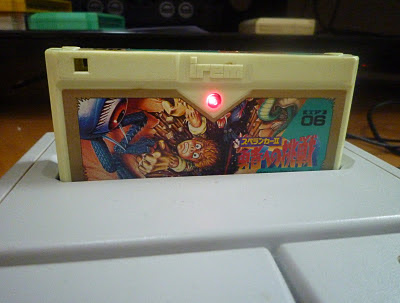 The first thing I noticed is that you don`t die instantly whenever you mistime a jump or touch an enemy. You have a power metre that is quite forgiving. 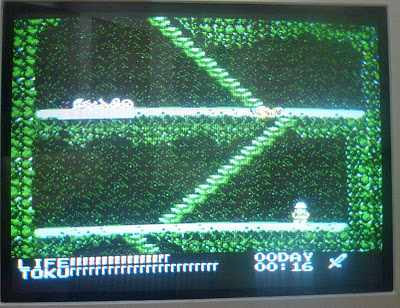 The gameplay is quite different too. Instead of the drill you have in the first Spelunker, in this one you have a sword. You have to go around and collect various things, which probably do something, though I didn`t get far enough to find out what. Some of the game is underground, some of it on the surface and you can explore around quite a bit.

In my game, a few snakes in the first underground level weakened me a lot and a pair of wild boars on a surface level finished me off after 3 or 4 minutes of play. Relative to how long I usually last when playing the first Spelunker, that seemed like an eternity.

Anyway, these are pretty interesting games, particularly to any of you who like frustrating, awful gaming experiences (at least in the case of the first Spelunker). I rather like the carts themselves. Those early Irem carts with the red LED quite appeal to me. The artwork on the labels, especially the pink ghost on the first Spelunker, really won me over.
Posted by Sean at 11:02 AM