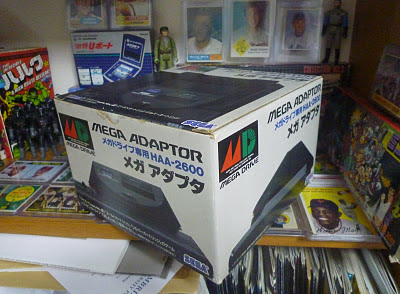 I fished another thing out of the Omocha Souko junk bin the other day: the Sega Mega Drive Adaptor: AKA yet another peripheral to add on to my already monstrously bloated Mega Drive confabobulatorionation. 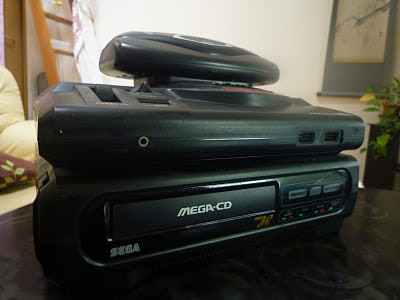 That, my friend, be a whole lot of Mega Drive. And I ain`t even put the adaptor on it yet.

I think this latest acquisition of mine provides a rather decent (and, for only 300 yen, cheap) way of illustrating the complexity of playing games on Sega Consoles from the 1980s.

To begin with it perfectly illustrates Sega`s Mega Drive-era policy of making you buy what amounts to almost an entirely new console to attach to the Mega Drive every time they introduced some new feature. In the adaptor`s case that new feature was backwards compatability with the Mega Drive`s predecessor, the Sega Mark III (AKA the Master System).

In addition to that, for me personally at least, it also illustrates Sega`s rather silly pre-Mega Drive policy of just making you buy new consoles all the time period, at least in Japan. First they released the SG 1000 (photo courtesy of Wikipedia because I don`t have one of these): 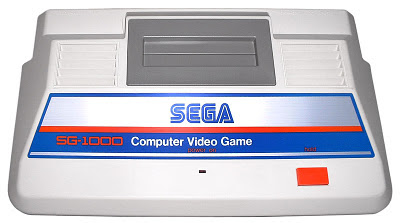 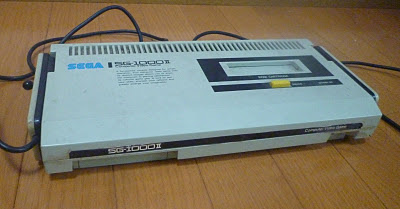 Then (finally) came the Mark III: 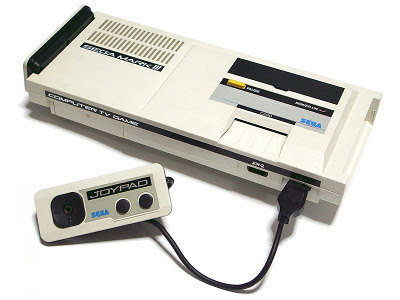 I think all of these were released over the course of a long weekend in the summer of 1983, though I`ll have to double check that.

Anyway, since my SG 1000 II cannot play carts released for the Mark III, my acquisition of the adaptor means that I can finally play the one Mark III game that I possess, baseball: 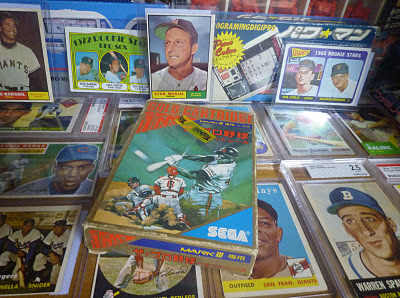 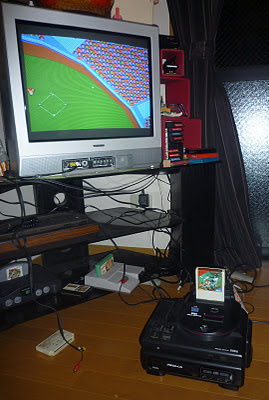 I have to admit that I really like this adaptor. I think it looks rather sleek: 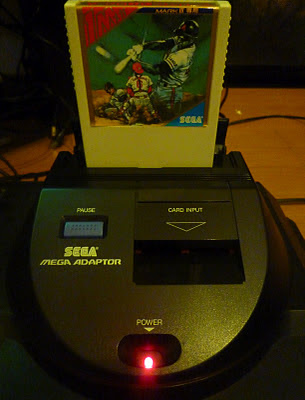 I also like the fact that the Mark III carts stick WAY out of it. No wait, I hate that fact. It means that I have to take them out every time I want to put the thing back on its shelf because the whole contraption with the CD, Mega Drive, adaptor and Mark III cart is almost waist-high.

At least it looks neat though. Yet another piece of weird 80s video game history from Japan.
Posted by Sean at 6:53 PM