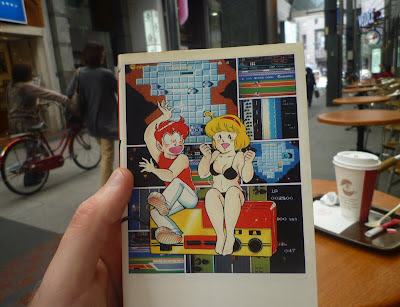 In addition to Famicom games I also like to collect other random Famicom stuff from back in the 80s.

Most of this stuff, like the box of Amada mini cards I bought last year, I just stumble across in my travels without having even been aware that it existed.

Today I found one such thing while browsing the aisles at Mandarake. Allow me to introduce Famicom Rocky - the most amazing* manga ever published. Ever. 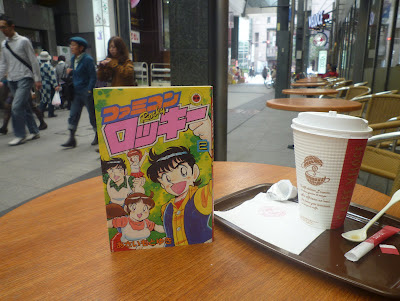 I found it in their comic section which has thousands of books that I have never heard of. I don`t know how I found it but somehow it managed to grab my attention.

This was published back in 1985 and, with the possible exception of the Mattel and Mars Bar Quick Energy Chocobot Hour, constitutes what must be the most shameless example of art-as-nothing-more-than-blatant-medium-for-product-placement in world history. 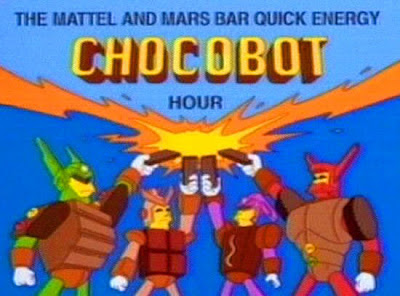 The basic premise is that the main character, Rocky, is a young genius with the Famicom who is faced with various challenges in each issue that all somehow involve him playing the Famicom well in order to defeat the bad guys.

Each issue features a different game. After purchasing it I had a seat at a cafe, ordered a coffee (well, actually I ordered a coffee then took a seat at the cafe but...not important) and read the first chapter, which had its own story arc.

The story in this one involved the game Star Force, the cart of which appears on page 23: 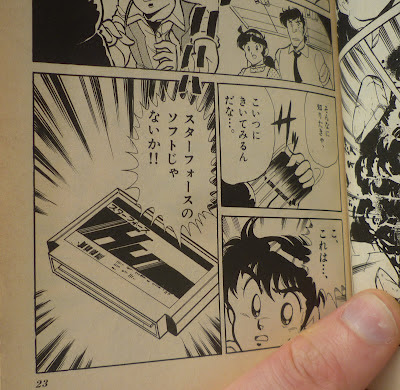 I thought this was a little interesting because the Famicom Star Force cart looks like this: 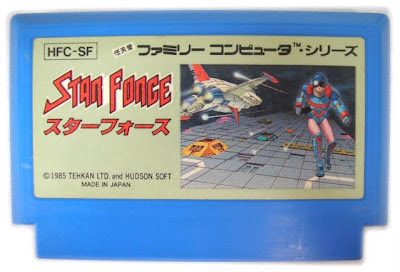 The cart in the comic on the other hand looks a lot like Championship Lode Runner: 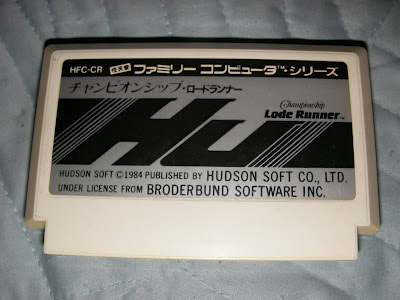 This made me wonder if there may have been some tension between the story writer and the illustrator on this point. Perhaps the conversation would have gone like:

Writer: `OK, the next issue is going to involve Rocky playing Star Force well in order to defeat the antagonist`s evil plot. Got it?`

Illustrator: `Oh OK great, no problem at all. I LOVE that Star Force idea. Umh....just totally out of curiosity have you ever actually seen the Famicom Star Force cart?`

Anyway, the story I read was pretty damn awesome. The bad guy has planted a bomb in a hospital where Rocky is visiting his friend. The bomb will go off in one hour - which doesn`t leave enough time to evacuate the hospital`s many patients. The only way to find the bomb is to play to the last level of Star Force. This is no ordinary copy of Star Force though, for after completing the last level a map will appear on the screen showing the location of the bomb.

Normally finishing the game in an hour would be impossible but Rocky is aided by a new Famicom Joy Stick (3900 yen, kids, tell your moms): 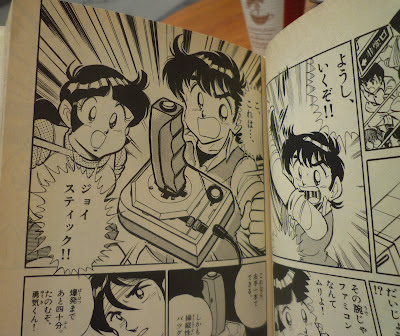 And he plays his guts out, wins and saves the day. The end. So exciting!

Anyway, if this manga sounds at all intriguing to you then I have good news, an English translation of the first couple of stories is available online! After returning home I did a little Google search and discovered Pepsiman`s post here on Giant Bomb in which he introduces Famicom Rocky and presents his own fantastic translation. The story in my copy which I summarized above isn`t on his site (I bought volume 2 in the series), but you have to check his stuff out, its quite good.

I hasten to note that my glowing review of the comic is meant to be taken in a somewhat ironic manner. Pepsiman`s review, told from the perspective of someone who probably isn`t as enfatuated with Famicom stuff as I am, is perhaps a bit more objective:

The character designs are hideous, turning what are supposed to be kids of an indeterminate age into adults with profoundly strange proportions. The writing is so vapid and the plot so stupid that they take what might have been a good-dumb premise in better hands and just turn Famicom Rocky into abysmal-bad.

Seriously though, I think a copy of Famicom Rocky is a must have for any serious Famicom collection!