Fripp the Entertainment Shop: Another Decent Place for Famicom Games 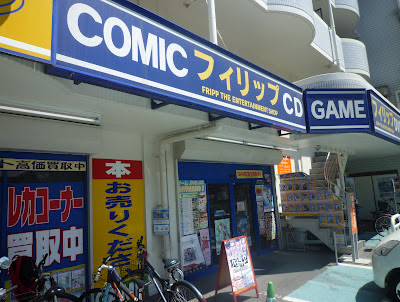 During my recent efforts to broaden my Famicom hunting grounds since the closure of Omocha Souko I stumbled across another decent game store, Flipp (actually spelled `Fillippu` in Japanese) the Entertainment store.

This shop is out in Ohashi (there is a map here for anyone interested). I actually found it by accident while riding my bike in the area. From the outside it looked more like the kind of place that would stock only newer games but I decided to have a look inside in the off chance that they might have a Famicom game or two lying around.

I`m glad that I did as it turned out that they had a pretty decent selection of Famicom and Super Famicom games on a shelf at the back of the store: 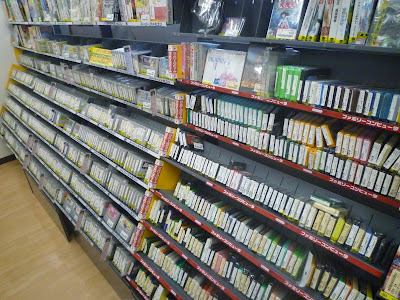 They have about 200 to 300 Famicom carts nicely arranged on the shelf. 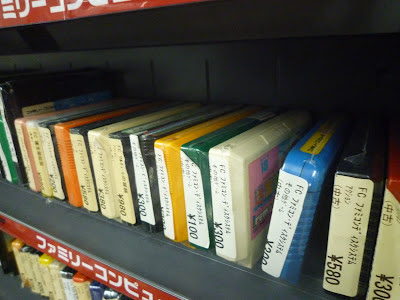 Each cart has a label with the game name and price on it. Most shops don`t give that much attention to the price tags like that, so I give them points for going the extra mile.

I also like it when games are lined up in rows like this, it makes them quite easy to flip through quickly.

Their selection and prices are pretty good too: 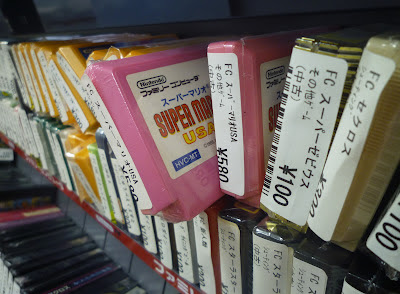 I ended up bringing a basket to the cashier full of Famicom goodies: 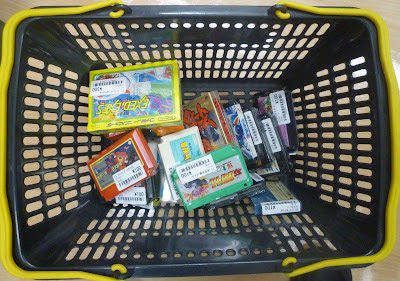 The highlights for me were CIB copies of Exed Exes (300 yen) and Sweet Home (980 yen), which were both very good deals for those complete like that even though the boxes were a bit rough. A little trick of the Famicom-collecting-trade that I have learned is that some shops (like this one) charge the same price for a game regardless of whether it is boxed or loose and those places can turn up some CIB treasures from time to time.  Those prices are about average for loose copies of those games, but for CIB copies they were absolute bargains. I particularly like the Exed Exes box with its bold colors - a true Famicom classic.

So if you are in town and looking for another decent place for Famicom games, I give this place a thumbs up. The only downside is that they don`t have much retro hardware and the only non-Famicom/ SFC/ Game Boy games from those generations I found were a couple of loose Mega Drive carts - so if you are looking for PC Engine stuff or any of the rarer early systems (Sega Mark III, etc) they unfortunately don`t have any. Still though, if you are looking for some decent priced Famicom carts its not at all a bad place to visit.