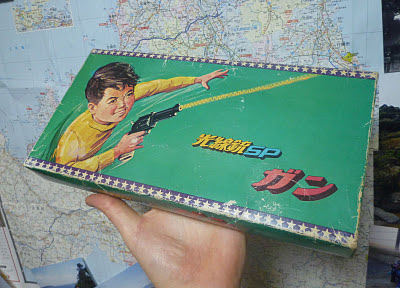 I had a nice stop in at Mandarake this afternoon, replete with purchases. Nothing makes for a nicer day than finding a few bargains. The best part was the Kousenjuu SP Light Gun, complete in its original box!

This is a light gun made by Nintendo in 1970 as the package shows: 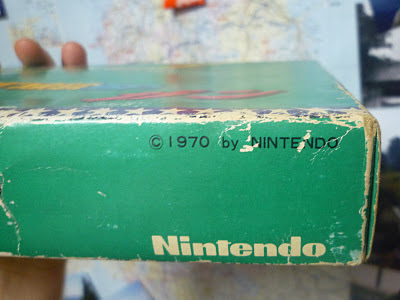 About a year ago I found a Kousenjuu SP Electro Safari , which is basically a big target for these light guns: 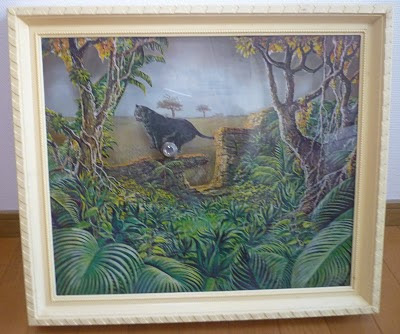 You just aim the gun at the little light detector on the leopard and if you hit it, the leopard spins around. I never had a gun to test it out with though so I was psyched to find this.

Actually, I still don`t have one. This one doesn`t work, which is kind of too bad. On the other hand though I got it quite cheap and really just wanted it to look at rather than to use so I think it was a cool purchase.

Open the box up and here you go: 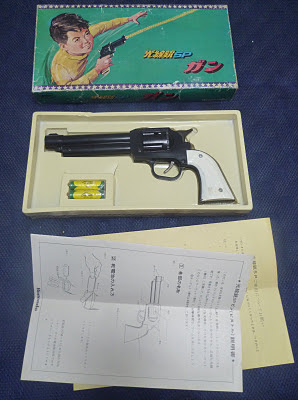 It even came with some pretty ancient looking Toshiba batteries.

Anyway, I love the box art: 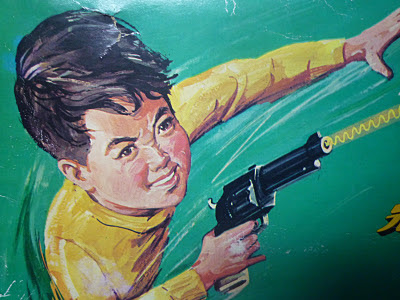 And check out the pearl handles, John Wayne style: 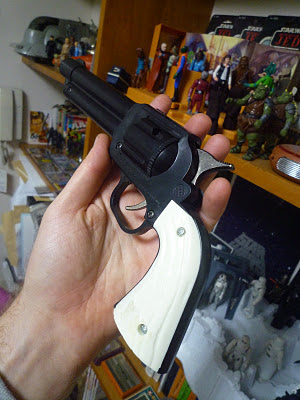 It is actually quite similar to the original Famicom Light Gun: 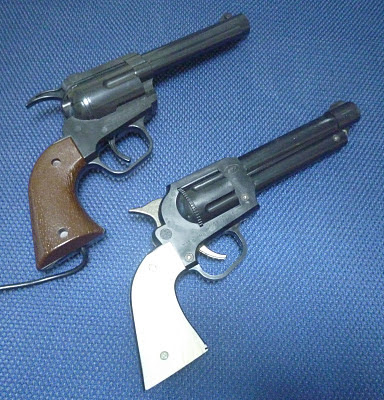 Not quite the same though, they definetely used different molds for them.

I picked up a couple of other cool, albeit non-gaming related, things while there. First, this thing, which is awesome: 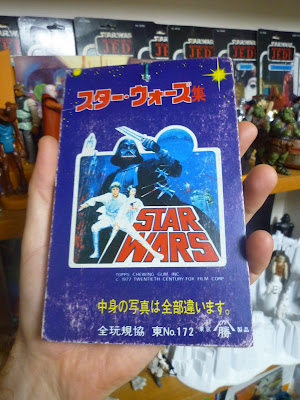 A partial set of Japanese 1977 Yamakatsu / Topps Star Wars cards. I LOVE original old school Star Wars stuff like this, and I especially love finding Japanese old school Star Wars stuff. This is a little booklet and inside are a bunch of envelopes, each containing one card. A couple have been removed but most are still in there. You can`t see what cards are in the envelopes so I`m not sure which ones I got. These things are insanely rare to find still unopened like this so I`m going to keep it as is for the time being. 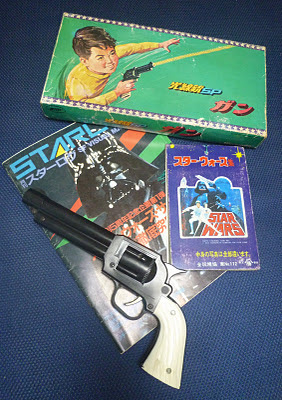 I also picked up a copy of the Japanese version of Starlog from 1983. The Return of the Jedi preview issue, complete with a back cover poster ad for the upcoming release: 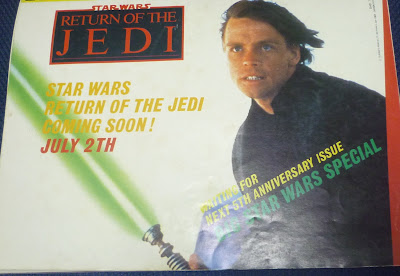 All in all a great day. Check out Erik`s post here on Before Mario for a bit more info on this old Nintendo light gun. His is in a bit better condition than mine and probably works too!