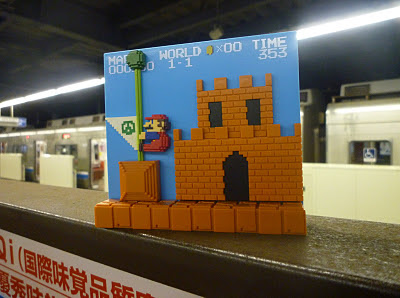 Another day another post about some Famicom stuff I recently acquired.

I found a set of these the other day at Mandarake. Super Mario Bros stage figures they are called. The pictures speak for themselves, basically they are just little scenes from various levels of Super Mario Bros. 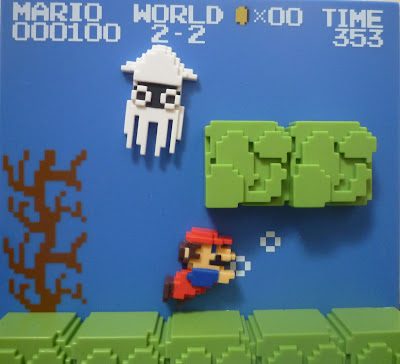 The figures, via the wonders of magnetic technology, can be repositioned wherever you want them. I`d like to say that this significantly enhances their appeal, but it doesn`t. Moving a maximum of two figures around on a 10cm by 10cm piece of plastic is an activity that gets old real quick. Unless, you know, you are into that sort of thing.

To each his own.

I do like these though. Generally I don`t like faux retro stuff, but these ones I like. They capture the 8-bit look quite well and remind me a lot of the Pepsi bottle caps with Mario figures that I have.

I have five of them, which is a good number as there are five rows on my favorite Famicom cart shelf so they fit rather well atop that: 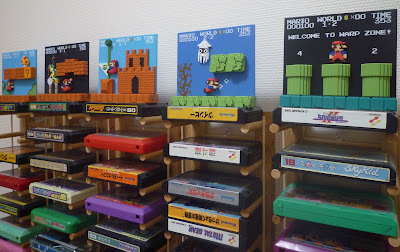 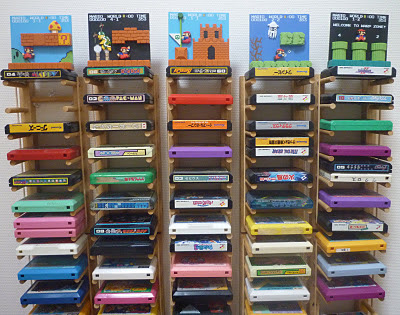 Hammer time. I`m sorry, its the wittiest thing I could think of to say about this one: 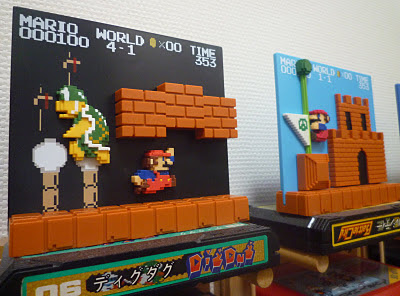 I do like the boxes they came in too. They are a pretty faithful recreation of the Super Mario Bros Famicom box: 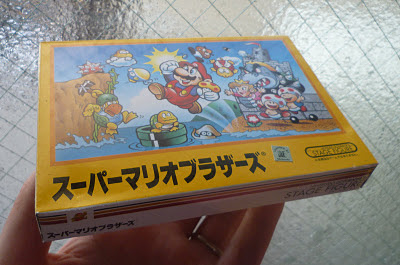 Their best feature though is their portability. As they are pocket sized you can take them with you wherever you go for hours of entertainment moving the two plastic figures around on that 10 by 10 board (again - assuming you are into that sort of thing).

At the train station: 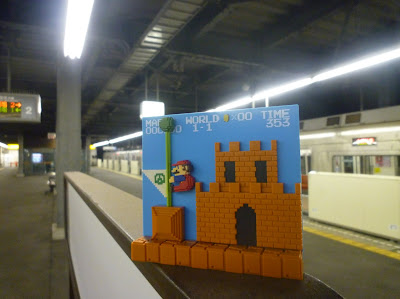 At the bus stop: 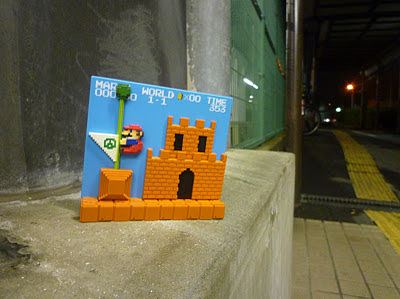 Whilst shopping for bananas: 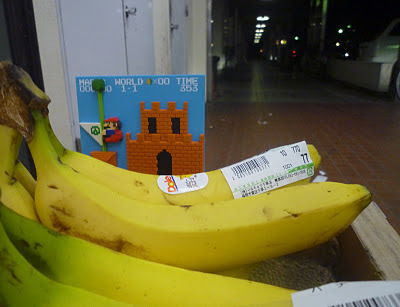 Or picking up a six pack: 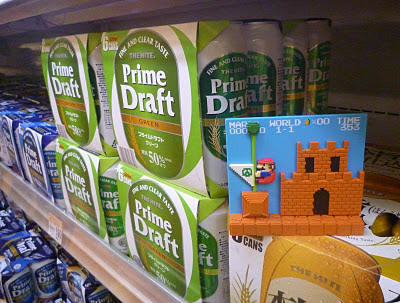