I found something at Mandarake yesterday that I couldn`t resist plunking down a few hundred yen for. A teeny weeny Famicom, complete with a teeny weeny Ice Climber cart. 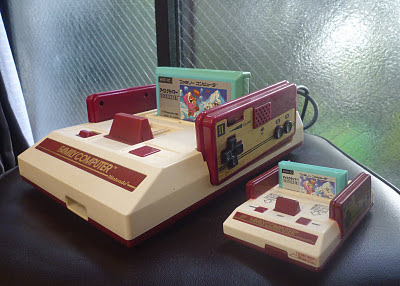 It isn`t even as big as a Famicom cart: 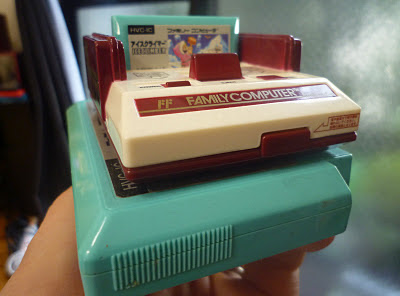 It is not, of course, a functional mini version of the Famicom. It is actually a memo pad holder: 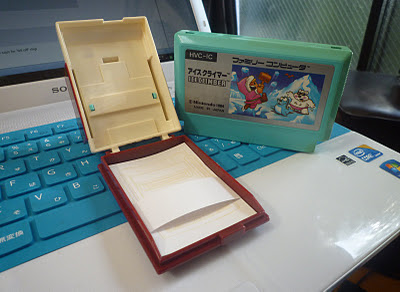 I love the fact that the memo paper has pictures of the Famicom on it: 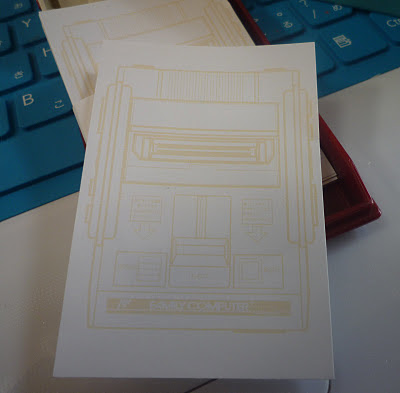 The level of detail on something so small is quite impressive. It looks just like a real Famicom: 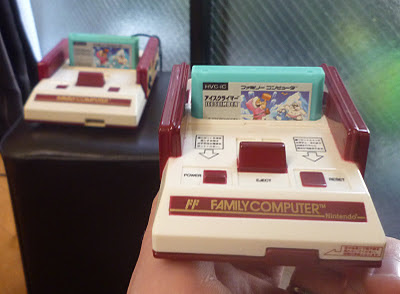 The only thing missing is the controller wires, but otherwise its all there. Even the writing telling you where the expansion port cover is: 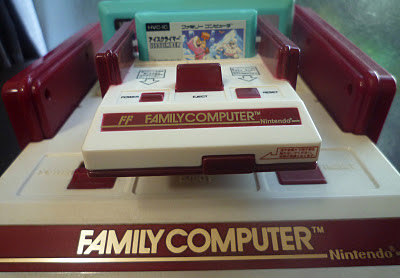 These were released in 2004. I have seen pictures of them on the internet from time to time but this is the first time I`ve ever actually found one. They came in five different versions: Ice Climber, Mario Bros., Super Mario Bros., Zelda and Dr. Mario. They only had the Ice Climber one available, which is cool as I probably would have gone for that one anyway.

The box is pretty cool too actually, very similar to the old Famicom box: 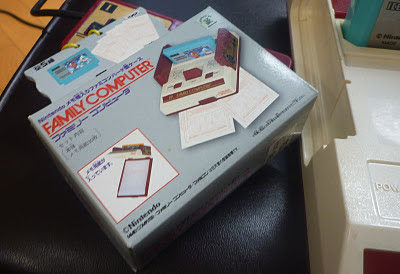 I only have 30 pages of that Family Computer paper and I doubt I`ll be able to find anymore, so I will use it sparingly.