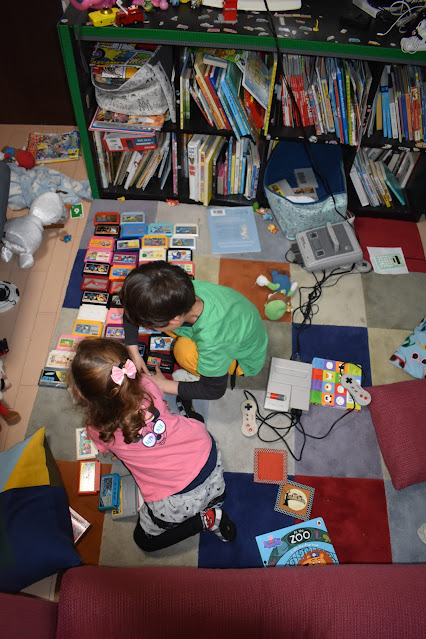 My kids have built up a pretty decent sized collection of Famicom games over the course of the past year.  I mean, just look at all these suckers: 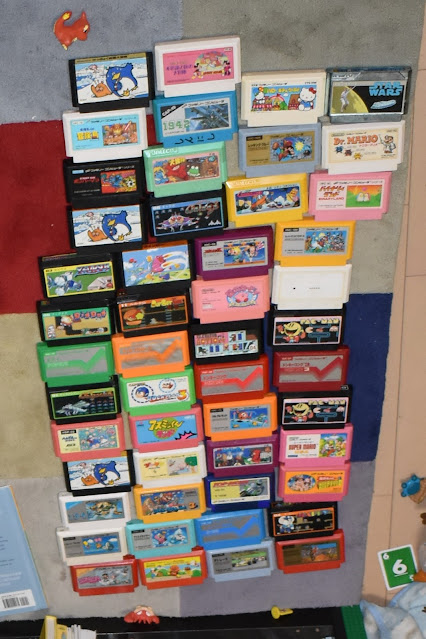 And they also have a little pile of Super Famicom games too.

This got me thinking about my own NES collection when I was a kid.  My parents gave me an NES Action Set for Christmas when I was 13.  It was great and my late sister and I spent an insane amount of time playing it for about a 3-4 years period.

During the entirety of that period I was able to accumulate a collection of.....(drum roll)

That was it.  NES games didn't grow on trees, they cost like 30-40 bucks each. In 1980s dollars at that.  Six games was actually a decent collection back then, I don't think any of my friends had more than ten games either.

Theoretically there may have existed the odd rich kid out there whose parents could shower them with video games at will regardless of the cost, but I never knew any of them. They must have existed though.

My kids today have the functional equivalent of one of those hypothetical rich 1980s dads who can shower them with Nintendo games without having to worry about the cost.  Not because he's rich (I ain't) but because these Famicom games on average cost me about 200-300 Yen each, about what a bag of chips costs.  So they've got this massive collection that would have been accessible to only the children of the wealthy elite of 1980s, Bubble era, Japan.  I quite like this, it makes me feel like a big shot.  I can actually give my kids a Famicom game for a relatively minor accomplishment in the same way my parents might have given me a quarter for the same 35 years ago.
You might envy them for that, but I also worry that this might be the ONLY type of advantage their generation has over mine.  The ravages of climate change, pandemics, exploding economic inequality, erosion of democratic norms, whatever the hell AI is going to do to all of us, and all the other bad stuff sweeping the planet is all going to be crap that they'll have to deal with as adults.  To a certain extent its also crap I have to deal with as an adult, but it'll likely be way worse for their generation. Its a pretty lousy deal if all you get in exchange for that is Famicom games aplenty as children and I wish I could give them something more, but for now it'll have to do.