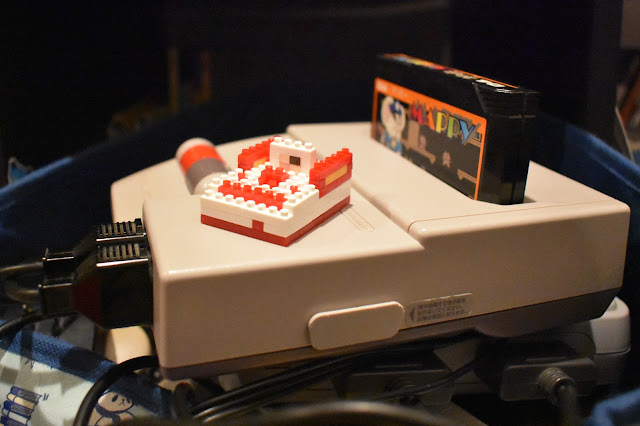 I was on Twitter the other day when I saw this post by RuiReiChannel, had written about building a DIY Famicom out of Petit Blocks, which are these super cheap block sets you can buy at Daiso, Japan's biggest 100 Yen store chain (100 Yen = about $1).  These are a big thing for Twitter users in Japan I discovered after going through the ＃プチブロック (petit block) hashtag rabbit hole on there. 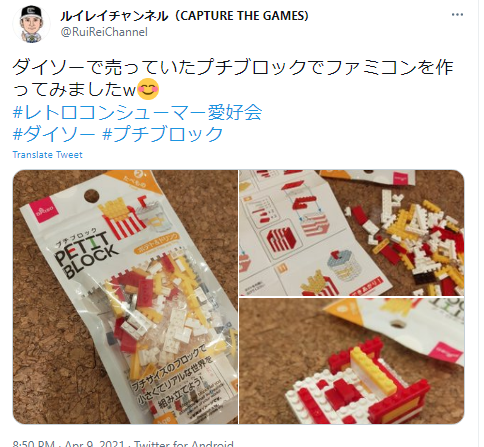 I thought it looked pretty cool so I took up the challenge.

First step, stop at a 100 Yen shop and peruse their selection of Petit Blocks.  The one in our area it turns out has a lot of them: 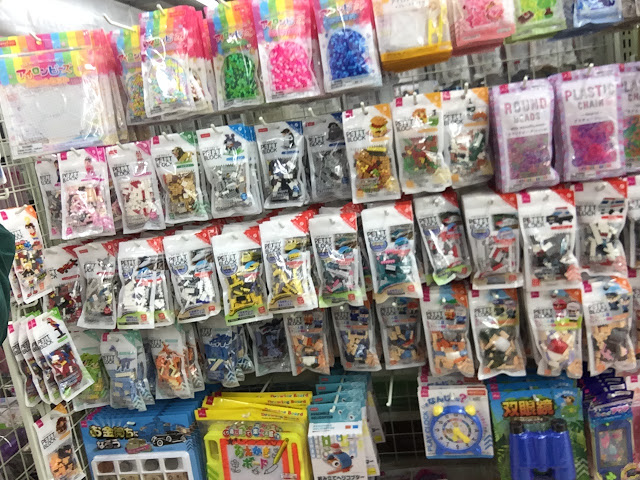 Its pretty impressive that these only cost 100 Yen each.  They are basically rip offs of Nanoblocks, which are an almost identical toy line but sell for about 8 or 9 times that.  I have to say that the quality of the Petit Blocks is a bit lesser, but not 8 or 9 times less and for making Famicoms from scratch they do nicely.

Unfortunately they didn't have the exact set that he used, which might have been sold out, so I just grabbed a couple that looked like they had lots of red and white pieces to see what I could cobble together.  One was a race car, the other a birthday cake. 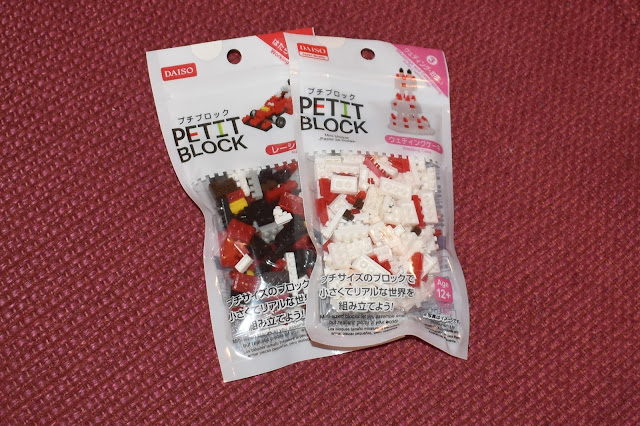 So I cracked it open and after about half an hour of fiddling around, voila! 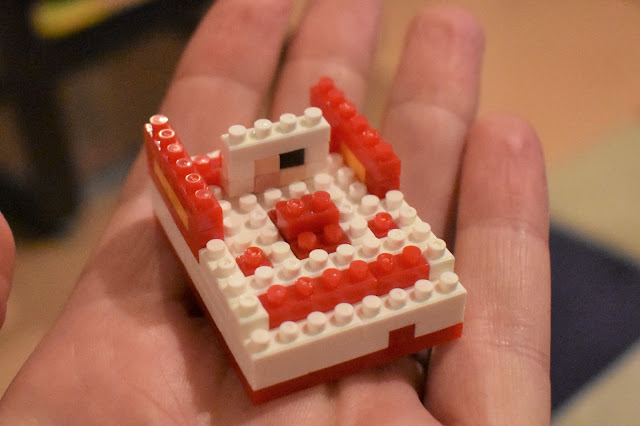 Its not perfect, I had to improvise a bit since the pieces and colors I had available were somewhat limited, but I think its basically recognizable as a Famicom. 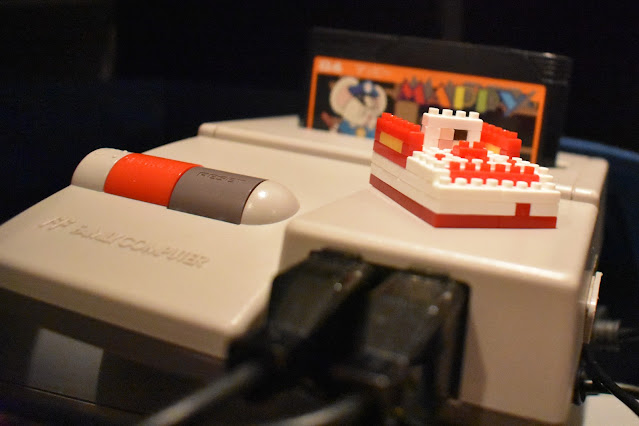 I think this is going to be Version 1, and I'll try to build a second model at larger scale to get a more detail in.  I might try buying some grey sets to build an AV Famicom too so I could give it to my kids (who have no idea what the red and white original Famicom looks like, but LOVE their AV Famicom).
Posted by Sean at 9:40 AM