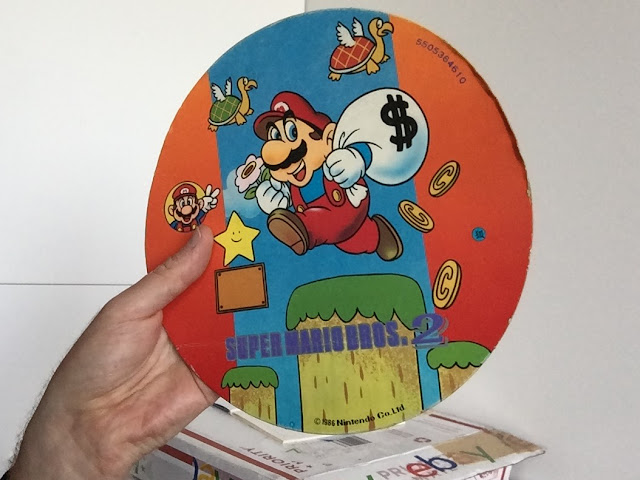 This is another recent pick up - a Super Mario Bros 2 menko that is about the size of my head!

This was released in 1986 by Amada and is considerably larger than their other Famicom menko cards.  From my general knowledge of how menko were distributed back in the day, these big ones weren't sold but rather were prizes given out to kids who bought the little ones and hit a winner ("atari") card which they could redeem for them.  These would not have been practical as menko due to their size, so they were probably intended for decoration or just plain collecting.

This definitely belongs on a wall in my house somewhere, I think I might get it framed.