A Look at Some Famicom Jaleco Boxes 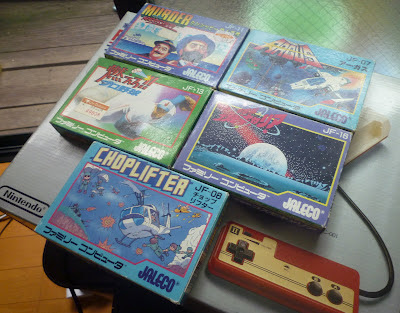 I picked up a few boxed Jaleco games at Omocha Souko yesterday - Choplifter, Argus and Murder on the Mississipi.

I already had a couple of other boxed Jaleco games - Moero Pro Yakyu and Uchu Cosmo Carrier - so that gives me a grand total of five. 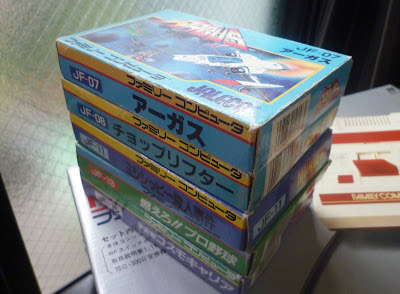 I rather like the Jaleco boxes. They look very clean, tidy and 80s (if I can use that as an adjective). Choplifter here has to be my favorite, I have been looking for a boxed copy of it for quite a while: 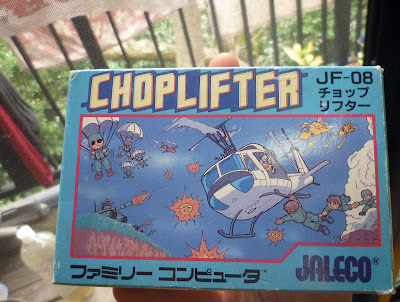 I really dig that artwork, it is quite action packed without looking too action packed. Choplifter is also one of my favorite `games that I am bad at playing`. I rarely get past the second level but its one of the carts that I always keep handy in case I feel like having a go at it.

The back of the box is pretty cool too: 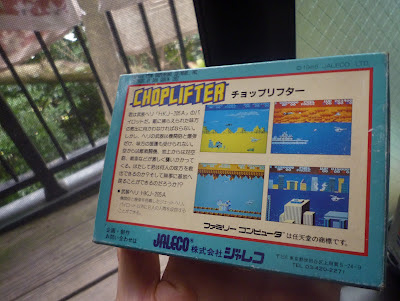 One thing I only noticed today is that the Jaleco games are numbered. The early Namco games like Galaxian, Mappy, Sky Kid, Pac Man and so on are numbered 1-18 on the carts. I have the whole set of those, but it was only on looking at my Jaleco boxes stacked up that I noticed they were numbered too: 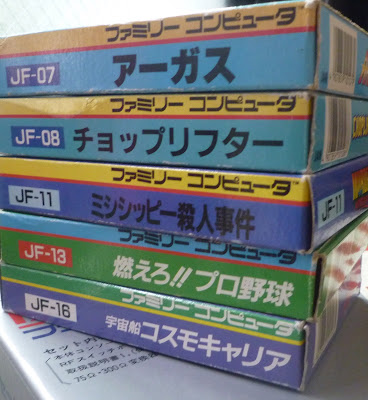 Each number is preceded by `JF`, which I assume stands for Jaleco Famicom or something similar.

Argus here is also a pretty good one: 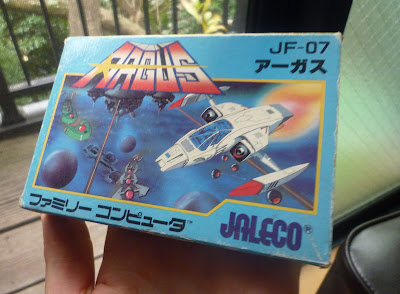 My Moero Pro Yakyu still has the price sticker on it: 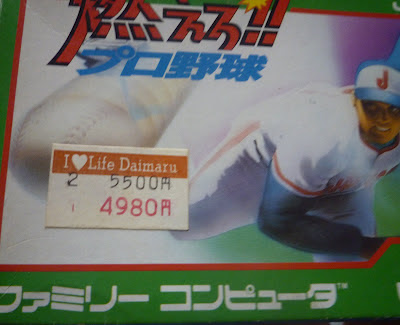 Daimaru is a department store downtown that is still in business. About half of the Famicom stuff that I have which still has original price tags on them come from Daimaru. It must have been the main source for Famicom games in Fukuoka back in the 80s. Today I`m not even sure if they sell games (or other toys) anymore.
Posted by Sean at 5:06 PM