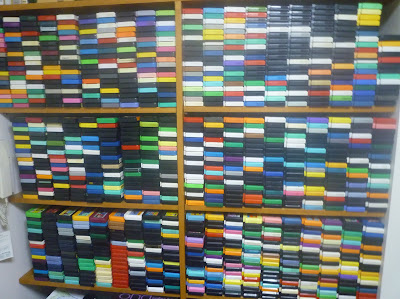 Thought I'd give a little update on the progress of my collection. I am now at 636 carts, close to 2/3 of the way there. 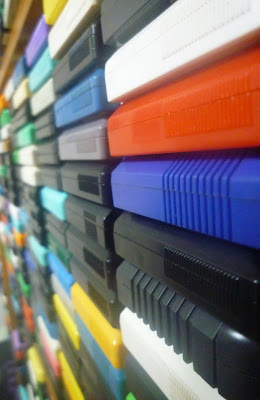 My current rough estimate is that I have about 500 duplicates in addition to that, so I've got roughly 1100 Famicom carts taking up space in my apartment. 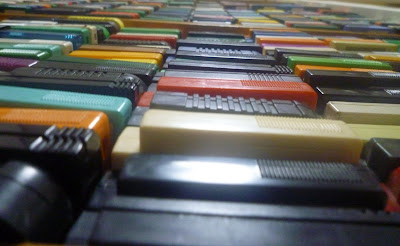 1100 Famicom carts take up a lot of shelf space, as I often complain about. Actually, its not normally as much as these pictures make it seem, I usually store them 3-deep so they only take up one row of shelves. Still though....a whole row of shelf. 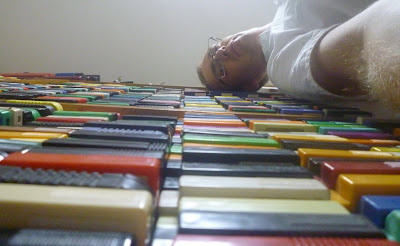 I just set them up like this to take some pictures of the whole collection, but if I had the space to spare I'd leave them like this all the time. I like this look. Its like having a wall of colorful buttons or something. I think if Andy Warhol had been active during the Famicom's lifetime, he would have used Famicom carts as a medium. 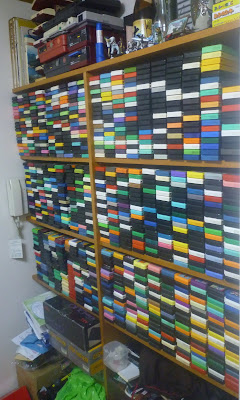 OK, if you want to really impress me, I have a challenge for you. There are about 1100 Famicom carts on these shelves. There is also ONE Mega Drive cart that accidentally got mixed up with them. If you can spot the Mega Drive cart in this photo, well I won't give you anything tangible but you will have earned my respect: 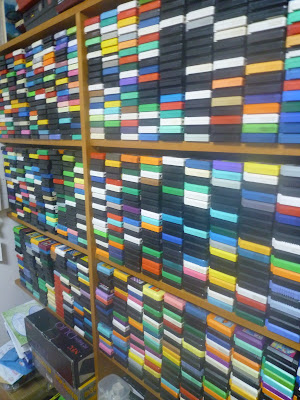 This shelf unit is also home to my "extra" consoles. These are either broken or awaiting parts: 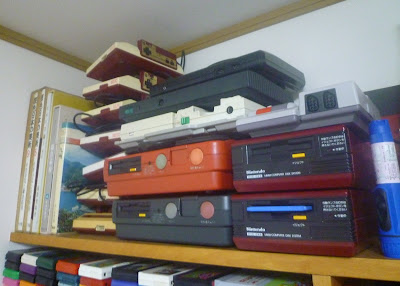 Email ThisBlogThis!Share to TwitterShare to FacebookShare to Pinterest
Labels: Famicom, My Famicom Collection