Toilet Kids for the PC Engine: Greatest Creation Mankind has Ever Produced? 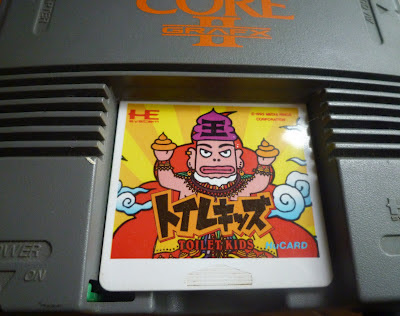 Just when I thought my days of finding hidden gems at Omocha Souko were finished, they go and surprise me with the most amazing thing I have ever found. Ever.

Allow me to introduce my latest acquisition: Toilet Kids for the PC Engine!!

If there ever was a game that would make the perfect poster child for the `Weird Japan-only releases that you MUST have right NOW` genre then Toilet Kids is that game. Because you MUST have this game right NOW. Seriously. Go on Ebay and buy it. In fact - buy two.

It is a shoot-em-up game that takes place entirely within the confines of a toilet.

Well, I will anyway. The game`s title screen introduces you to who I assume to be the nemesis, the King of Poo: 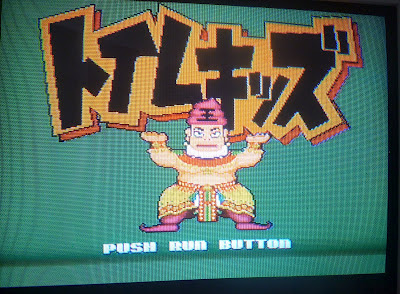 You know he is the king of poo because his hat is a pile of poo and the kanji written on it means king.

After that you get a cut scene in which the hero enters the bathroom, pulls down his pants and exposes himself to the audience (I`m not kidding), sits on the pot and gets blasted by the exploding toilet which subsequently sucks him in: 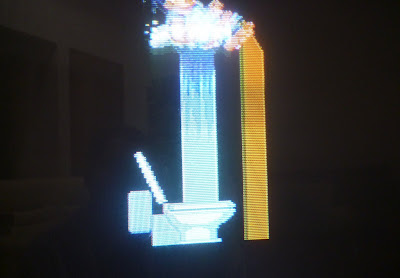 Then the game play starts within the toilet, which for some reason looks nothing like a toilet but whatever. The gameplay is exactly like Twin Bee. It is a vertical shooter, you have both a forward firing gun and a bomb sight to hit ground targets, most of which are coiled piles of poo: 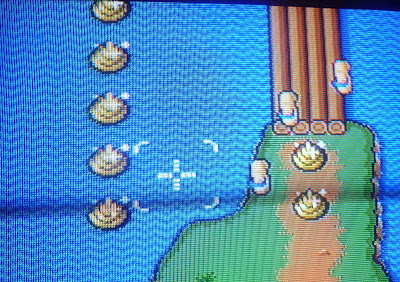 You start off from your home base, which is a Japanese style squat toilet: 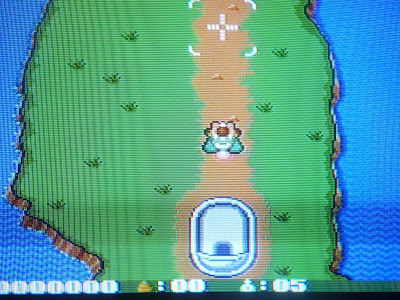 TANGENT: If you are a foreigner living in Japan like me you probably already hate these squat toilets. They are just the worst. I estimate that I probably spend about 3-4 hours every year trying to find a public bathroom that does not have these squat toilets. When I first came to Japan the office building that I worked in only had squat toilets. My American co-worker and I, after comparing notes, concluded that the KFC around the corner had the best non-squat option in the neighborhood. That KFC ended up selling an inordinate quantity of small sodas (cheapest menu item) that year.

OK, back to the game now.

Basically most of the enemies attack you by throwing poo or pee at you.

Points are measured in piles of poo: 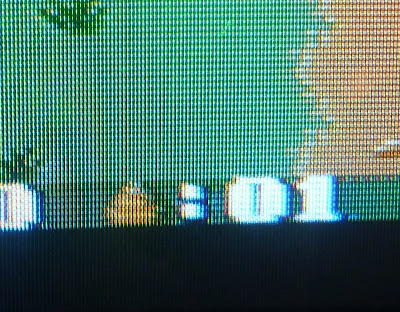 I wouldn`t rate this particularly highly in terms of game play. It plays a lot like Twin Bee but isn`t quite as fun. It has a cooperative 2 player mode but like an idiot I sold my PC Engine multi tap and extra controller a few months ago because at the time I didn`t have any 2 player games. I really wish I had those back.

Anyway. My only regret with this game is that it was never released on the Famicom. It would totally knock Yume Penguin Monogatari off its perch as the king of weird Japan only releases.
Posted by Sean at 10:53 AM