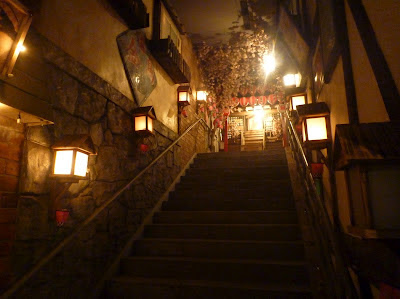 It is kind of hard to find, you have to enter through the back entrance to notice it. As you enter there is a cafe on your right and, across from that, a tori (shrine gate) at the foot of a staircase. It is called the Matsutake Jinja as the tori indicates: 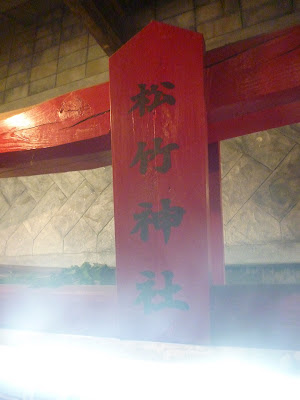 The staircase (pictured above) is lined with traditional looking lanterns and is decorated like the rest of the store to look like a retro Showa town.

Get to the top and behold! The shrine! 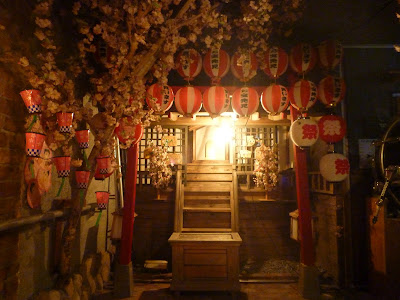 Move close in though and you will notice something odd. The shrine has no deity!! 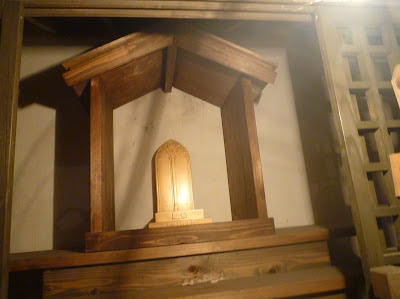 I think there may at one point have been some kind of statue there. Perhaps it was stolen or sold or something.

Anyway, I thought it looked a little lonely so when I was passing by a few days ago to take these photos I reached into my bag of Famicom carts I had just purchased and fished a random one out: 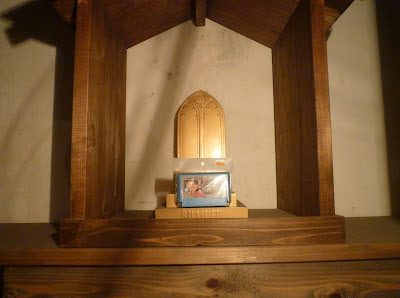 It is now a shrine to....that game with Ramen Man in it which I can`t remember the title of. Its a Kinnikkuman spin-off.

At least it was for a few seconds, I took the game with me when I left.