Is it Possible to Stalk a Retro Video Game Store? 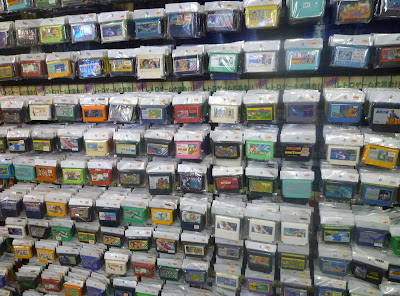 This is a question I`ve been worrying a bit about recently. Can a store have a stalker? If so, what is the borderline between `avid customer` and `creepy store stalker`?

These questions have been sparked by the fact that I`ve visited Omocha Souko pretty much everyday for the past month. The stream of amazing finds that I have been making (like this, this and this) have created in me this irresistable urge to stop for a visit every time I ride past on my way home at night. And about half the time these stops have actually paid off. I don`t always make amazing finds, but about 3 or 4 times a week I have been finding new Famicom stuff put out for quite reasonable prices. I`ve got about half a dozen blog posts worth of finds sitting around waiting for the time when I`ll have a moment to write about them.

The downside though is that I have been feeling a bit like a weird store-stalker lately. I`ve always been a regular customer, but until about a month ago I`d usually limit myself to once or twice a week. Now almost everyday I find myself going to see the same cashier with yet another pile of Famicom stuff fished from their bins. I get that look like they must be wondering what I am doing with it all. 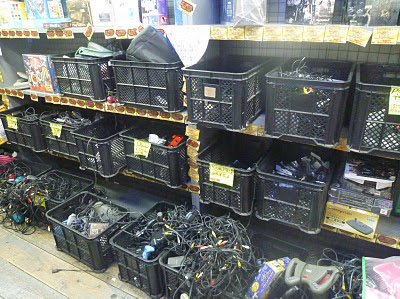 Actually its a reasonable thing to wonder. What am I doing with all this stuff? Some of it has been filling in holes in my collection, some of it is just impulse purchases of cheap stuff, some of it is going straight onto my little sale thread at Famicom World. That pretty much covers it.

Incidentally, they recently re-did their Famicom section and it looks great again. About a year ago I wrote a post bemoaning the ratty look of their Famicom section. Since then they`ve managed to rebuild their stock and a couple weeks ago they put up new shelves to house them all: 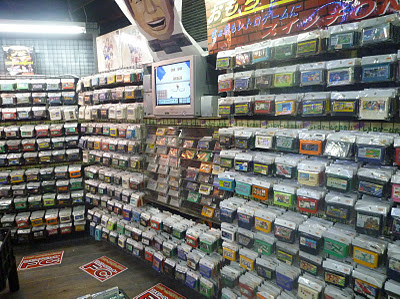 They have a cool TV in the centre of it all which plays looped bits from different Famicom games beneath a giant picture of Arino san from Game Center CX: 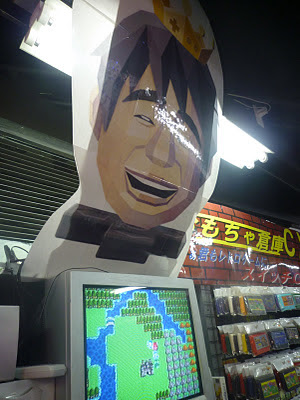 All of which just feeds my obsessive compulsive store stalking. Sigh.
Posted by Sean at 5:14 PM