The Famicom Robot: A Day in the Life of 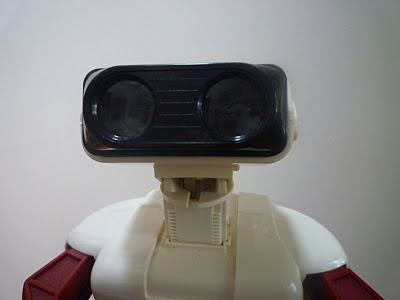 His name is Phillip, but you can call him Phil. Everyone does. He is a robot. A Famicom Robot.

His day begins on the floor amid a pile of empty girly drink cans. Evidence of his frustration at the world that has denied his genius at every turn. The gentle nudging of Doogle brings him to consciousness. 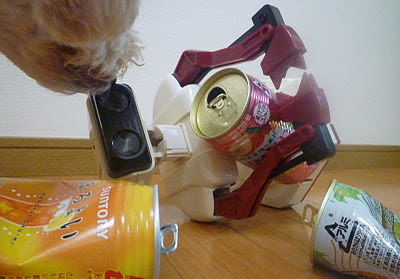 He has his daily 9 o`clock ping pong session with Richard Branson. He loses every game. He is too short to see the table top. 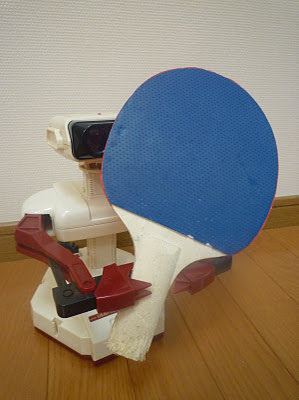 The afternoon sees him having high tea with Mr. Floppers, his best friend in the world. Today they talk about their shared sense of relief that Sarah Palin will not be running for president. 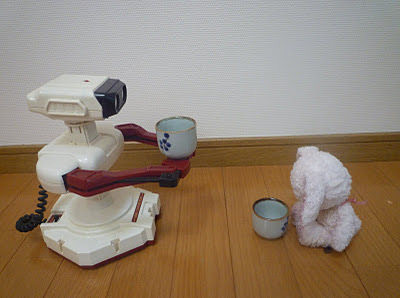 Five o`clock and the Muscle Men drop by for a visit: 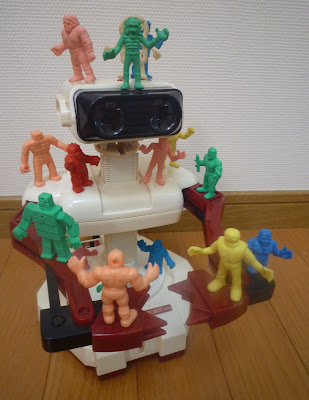 Ten o`clock and it is once again time for bed. He bids Doogle a good night and retires for the day. 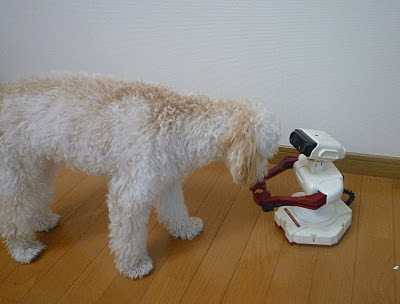 He came complete with his box: 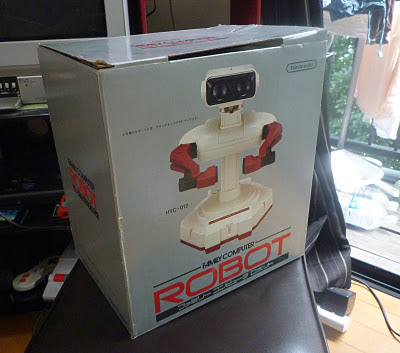 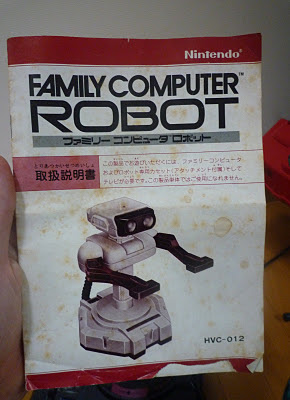 This guy was a steal, usually they sell for about 100$ complete like this but I got him for only about 10 bucks. I think that was mainly because when I pulled him out of the box he was covered in orange spots like this: 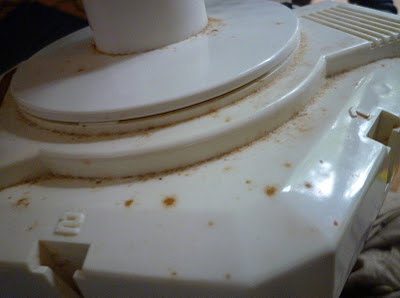 A bit of scrubbing with a wet wipe got rid of all that though and he looks just like new. The only thing missing as far as I can tell is the battery cover. I`m not sure if he actually works as I don`t have enough batteries on hand and, frankly, don`t really care. I just bought him to look at.

Related Posts
Famicom Light Gun and Wild Gunman
Pachinko and the Famicom: AKA the Stupid Side of Japanese Gaming
Posted by Sean at 9:55 AM