Boxed Famicom Games and the Problem of Collection Creep 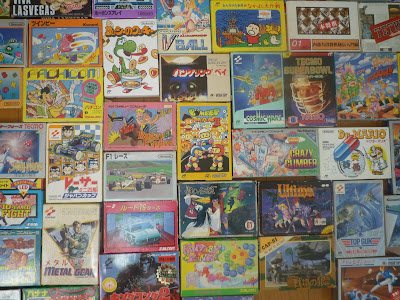 When I first set out on my mission to collect all of the carts ever released for the Famicom (1055 in total, of which I have just short of 700), I intended to only collect them loose.

Over the years though I have accumulated a fair number of boxed Famicom games. A little over fifty of them. 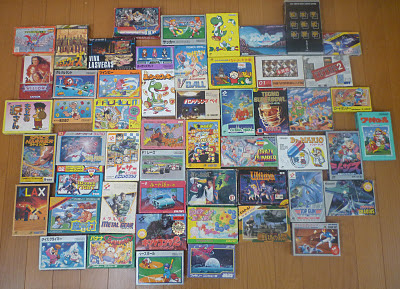 The first I got was Gradius, which remains one of my favorites. I bought it mainly because I needed Gradius and happened to find a boxed one going cheap, so I figured `why not`? 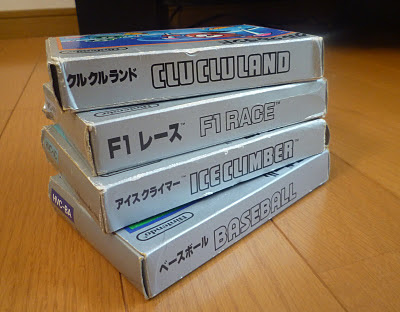 This process has repeated itself about fifty or so times with each of the boxed games I have acquired. Unlike the loose carts that I need, I don`t specifically go looking for boxed games. But when I see a nice one that looks good and the price is right I usually pick it up. 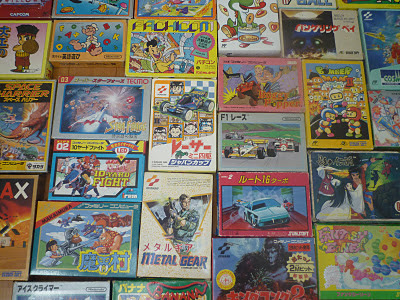 This presents a bit of an existential problem to my collecting mind. What, exactly, is it that I am collecting? With my loose carts the question is pretty easy to answer - I am collecting all of them. By definition, therefore, any loose cart that I don`t have is one I need. Its a very simple equation. 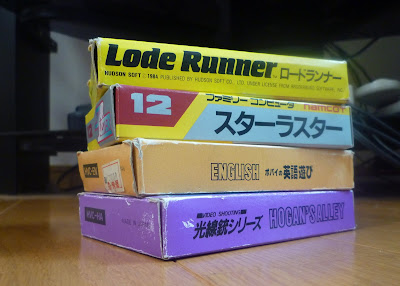 With boxed games though that simplicity and clarity of purpose vanishes. Collecting all of the boxed has never been a serious option - I have nowhere near enough money to do so. The ones I do possess provide no evidence of any method to the madness with which I have collected them. They are a random selection of impulse purchases made at various times and selected based on an amorphous amalgum of subjective criteria that I could not put into words if asked to do so.

In other words, they are just a random bunch of games that I liked the look of. 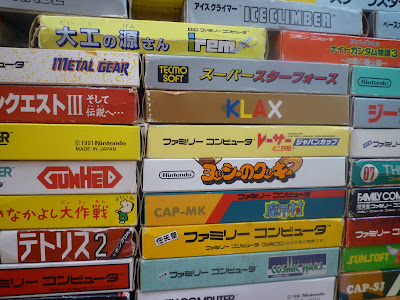 This is an example what I like to call `collection creep` and it happens with pretty much every collection I have ever started in my life. You start out collecting one thing with a specific goal of just collecting that one thing. But as you go about doing so, you start to find other, similar, things from time to time and you end up buying them as well. Slowly the amount of these `other things` which you possess start to dominate your collection, making a mockery of your original goal. The boundaries of what you collect creeps outward until it becomes absolutely massive. 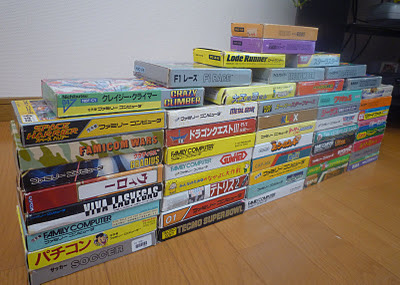 1. Collect only loose Famicom carts of games I like.

2. Collect loose Famicom carts of all the games released for the Famicom.

The end result is that I now have more retro consoles than I can count and a massive horde of games. This month alone I have added two more consoles (the Virtua Boy and Sega SG-1000-II) to the collection! It never ends. If I lived in a larger house this wouldn`t really be a problem, but being in a Japanese apartment with limited storage space - well, I won`t bore you with my tales of closet woe.

Anyway, any of you out there looking to start a collection - beware the perils of collection creep!
Posted by Sean at 10:42 AM