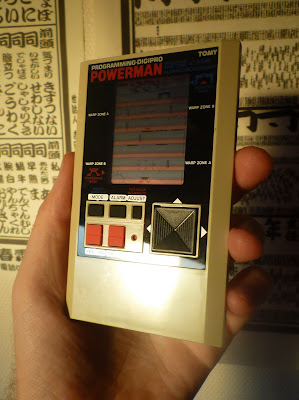 This is the other present my wife gave me for our anniversary, the Tomy Programingdigipro Powerman handheld.

Seriously, "Programingdigipro" is actually in the name, all in one word on the top of the box: 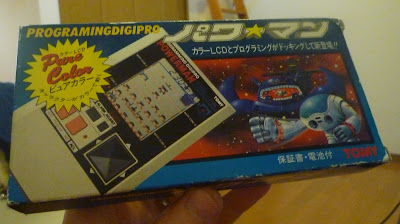 This is one of those really really not-famous handhelds. There is precious little in English about this out there on the internet, so I thought I might use this post to introduce a few facts about it. The box and manual themselves don't provide a great deal of info in terms of the year it was released or anything like that, so I had to do a bit of research.

After a little looking around in Japanese I pulled up this (fantastic) page that features original Tomy handheld video game system catalogs from the early 80s. It really is a must-see item if you like things that are stupendously awesome.

My new Powerman handheld is to be found in there in the October, 1982 Tomy Omoshironics catalog, which gives its list price of 5,970 yen: 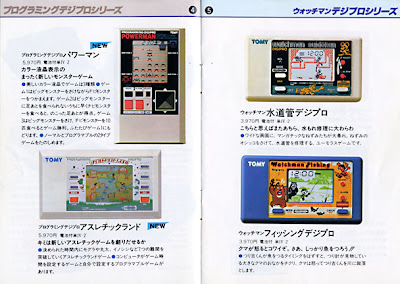 This describes it as a completely new "Monster game" on a "color LCD". This mantra is repeated on the box, which advertises "Pure color": 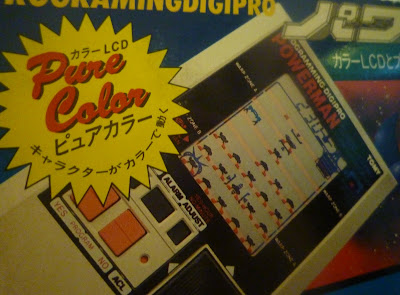 I suppose back in the day when all LCD displays were basically monochromatic, being able to display things in red, blue and black (as this game does) was a revolutionary breakthrough. If they hadn't drawn my attention to it though I probably wouldn't have noticed.

It is, I should hasten to add, a pretty cool game. You basically control a "Powerman" who has to navigate in a maze-like environment and capture little monsters (which are red) and take them back to your home base at the bottom of the screen without yourself being captured by one of the several big monsters out hunting you. The gameplay isn't too hard and I have rather enjoyed playing around with it. 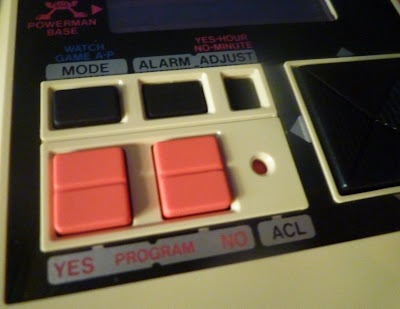 Mine was complete in the box, with this kind of cool instruction manual: 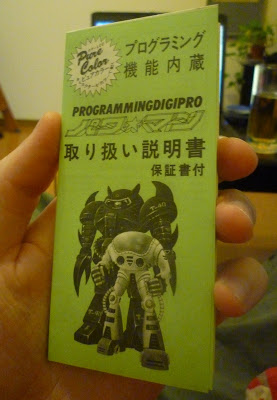 The monsters look nothing like that in the game of course.

The console has a fair number of buttons, which is not necessarily something I like in a handheld, but they actually work pretty well: 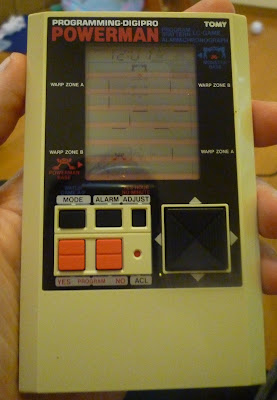