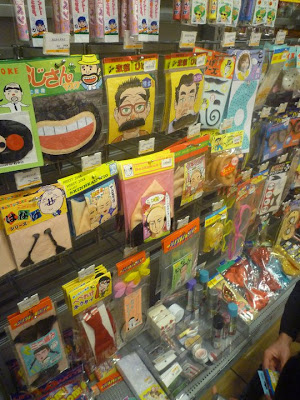 The other day I was browsing around the Loft downtown. The Loft is a rather cool department store of sorts.

When I think of department stores I usually think of places that sell housewares and tacky golf slacks to folks from the burbs. The Loft is not this kind of department store. It sells similar genres of stuff but it markets itself towards the yuppie set.

So if they sell unattractive golf slacks, they sell them in an ironic way to urban hipsters and not to people who actually intend to play golf in them.

If that makes any sense? 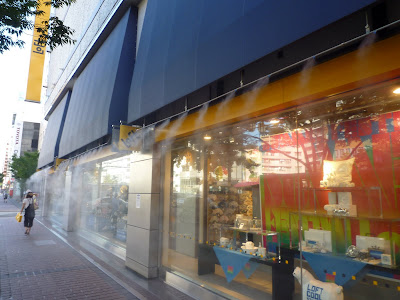 Anyway, they also - and I don't know why I'm telling you this - have the nicest public bathrooms in their block of downtown, which is right next to the main subway station. Very clean and modern, the toilet seats are heated, and they generally keep the riff raff out.

So if you are ever in Tenjin and are faced with a sudden emergency, head straight there. The facilities on the fifth floor are particularly spacious. Trust me, you'll be glad you did. Tell them Sean sent you, I'm a regular.

Moving on, let us return to the subject of my trip to the Loft.

During my last trip there (fifth floor) I perused the novelty item section. This is my favorite part of the Loft. I was delighted to find some Famicom and Game & Watch related items on the racks. 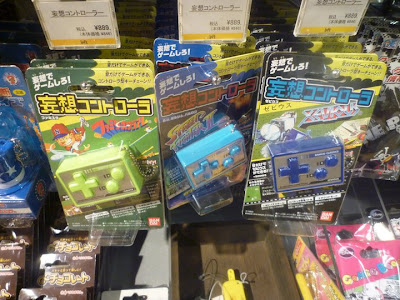 The first were these Namco key chain controllers. They had Xevious, Street Fighter II and Family Stadium versions.

There was a sample of the Xevious one out which you could try. Basically if you push one button it starts playing the background music from Xevious. Then each time you press the other button it makes the shooting sound.

The sound quality was actually quite good and true to the original. At 889 yen though (a little over 10$) these things were way overpriced, so I passed on them.

Next to those were the Game & Watch themed key chains: 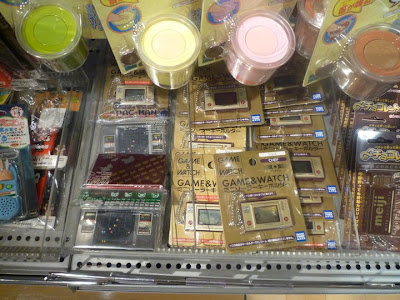 These are solar powered and they had a few different games. Each has an LCD screen that shows scenes from the original Game and Watches.

What sucks immensely about these is that you can't actually play the games. The screens just run a looping pattern of screen shots from the original. They have an "A" and "B" button, but those are just for decoration.

I find this to be really obnoxious. I know for a fact that these days they can make these LCD games for dirt cheap - I've even gotten free ones in boxes of cereal before. I can think of no valid reason why - for the price they charge (over 10 bucks) - they could not have made these things with games that you could actually play.

It is like they are just rubbing our noses in it or something. It is as if some corporate bigwig, after screeching his Delorean to a halt on the sidewalk in front of the store entrance, were to hop out and announce to all the customers he had just narrowly avoided hitting:

"Ha, you Loft shoppers with your fancy shoes and oversized hats. We know you gonna buy whatever shit we put on these shelves so we ain't even gotta do jack to make these products half-way decent. We be price gouging old-school, bitches! Yeah! Watchoo gonna do 'bout it? Pshaw, right. Peace, out! Suckaz!"

Then he gets back in, backs over an earthquake relief collection box while executing a three point turn, and peels out back onto the street, encouraging the two prostitutes in the passenger seat to give everyone the finger backwards through the sun roof as they zoom away. The last thing the startled customers hear is him scolding the girls for having spilt his cocaine all over his new leopard print floor mats while he was making his speech.

Well, maybe it isn't that obnoxious but still. Take out the bit about backing over the charity collection box and it'd be about right. My point is that A Game & Watch key chain that you could actually play would be something worth having. One that is just for decoration? Well, that might be worth having too if it was in the 4-5 $ range. But at these prices? Bloody pirates is all they are! Pirates with decent public bathrooms I'll admit, but still pirates nonetheless!
Posted by Sean at 11:39 AM