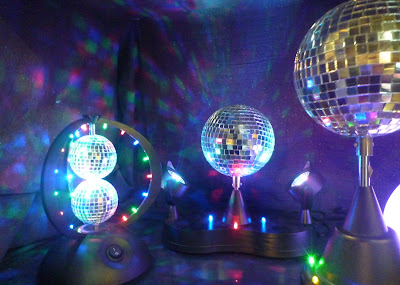 Four posts in four days, I am on a roll. That ends today, because I've got stuff to do on the weekend. Fun ride while it lasted though.

Today's post is the next installment in my series on Fukuoka's Famicom shops. I cover two different stores today: Don Quixote and Village Vanguard.

I put these two shops into one post because they have something in common. Neither one is a game shop, nor is either one a used goods shop. Don Quixote is a major retailer with hundreds of locations across Japan which sells everything from groceries to plasma TVs. Village Vanguard is also a major chain, but it mostly deals in novelty items.

Don Quixote is a crowded shop with narrow aisles: 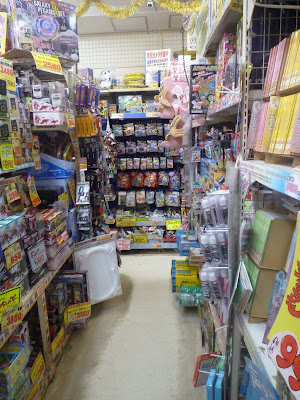 Its got some bargains - orange juice for example is much cheaper here than most places.

Famicom bargains are, however, in short supply here.

The Famiclone they sell is the "Next II": 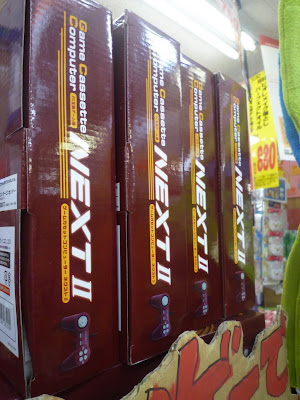 I'm not sure if its any good. 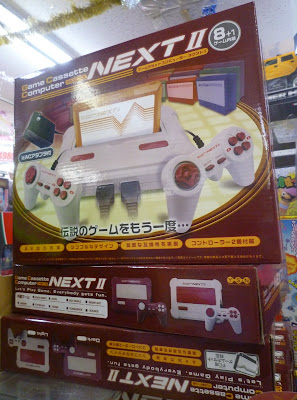 They have a nice display with a TV loudly airing the music for Jaleco's Moero Pro Yakyu, which I find kind of pleasant: 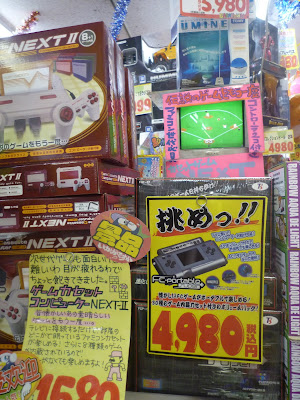 They also have this very interesting "FC Portable" which allows you to play Famicom games on a handheld device: 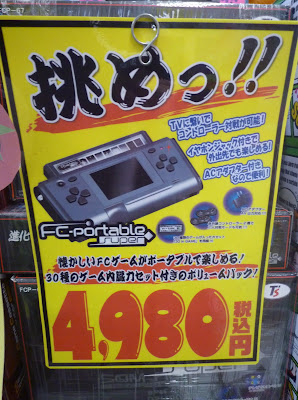 It looks neat in the picture, but I suspect its a piece of crap. It doesn't have a rechargeable battery pack either so you have to buy a bunch of batteries seperately.

Anyway, Don Quixote's price for its Famiclone is quite reasonable. Their Famicom games, on the other hand: 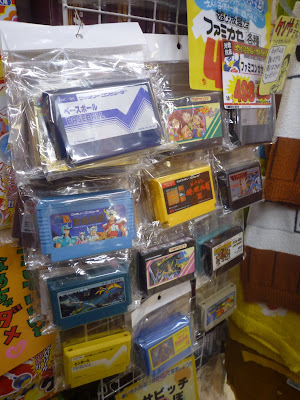 498 yen per game. That wouldn't be too bad a price if they had some decent games in there, but they don't. I looked. They are all "commons" that usually go for 100 - 300 yen at most shops. Some of these are fun games - I particularly like Exerion - but they are quite overpriced.

So I just go there for orange juice, not for Famicom games.

I love Village Vanguard. Their stores are really fun to explore, with aisle upon aisle of nothing but tacky novelty items. I do a lot of gift shopping there.

They've got the staples, like rubber chickens and women in bikinis: 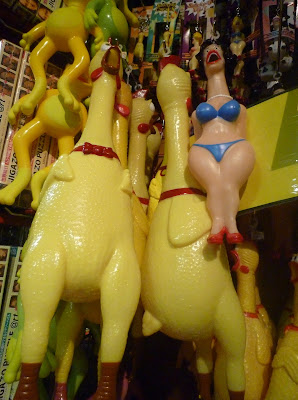 Gumball machines and masks of Matsuko Deluxe (a transvestite celebrity who is on all the variety shows here): 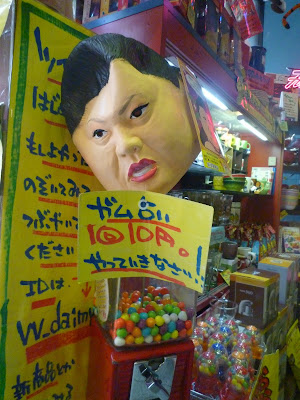 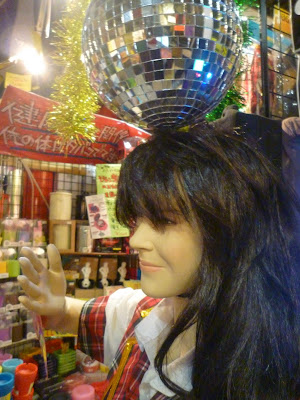 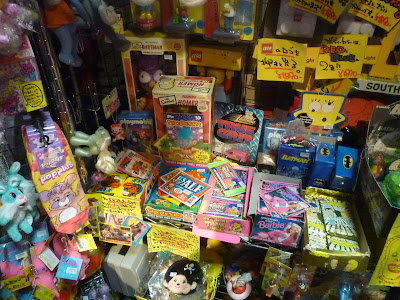 And statues of famous celebrities: 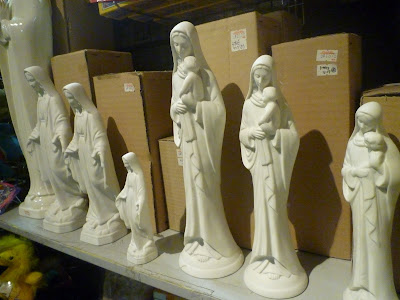 Like Don Quixote, they also have Famiclones in stock, for roughly the same price: 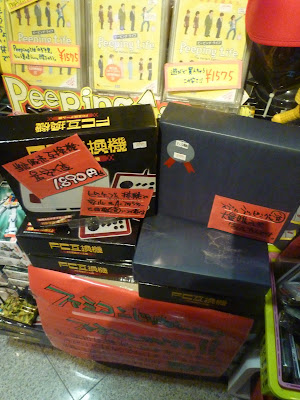 And next to that, a basket full of Famicom games (apologies for the blurry pic): 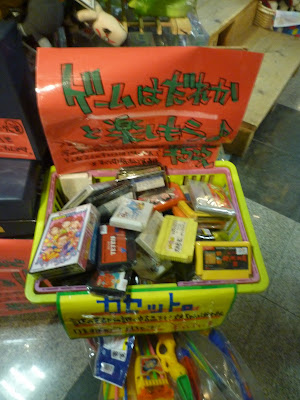 These were on sale for 525 yen each, roughly the same price as Don Quixote. The big difference though was that there were a few games in there which were actually worth 525 yen. I found Adventure Island and Donkey Kong in this basket, which usually go for at least that much in most game shops. So I give Village Vanguard's Famicom selection higher marks than Don Quixote's, though I never buy Famicom stuff there either.

Instead, I walked out with a pack of ALF cards: 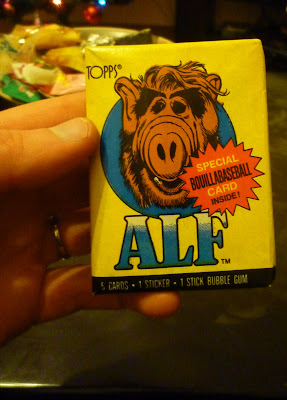 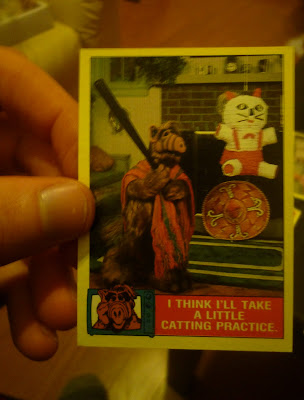 When I started off this series I intended to compare prices of 6 games at the various shops, but I've found that most shops didn't have enough of those games to make that type of comparison worthwhile.

I will make this observation on these two shops though. They are major chains which don't buy used stuff from people off the street (which is how every other Famicom shop gets their stock). I find this interesting. It means they procure their stock of games from some distributor. I kind of wonder how that works. I mean, it seems there is actually a centralized wholesale market for used Famicom games out there. I wonder if the distributor just buys huge lots off of Yahoo Auction and then parcels them out to these retailers or something. Its kind of interesting.

Well, interesting to those of us Famicom collectors who study economic organization in their "day jobs" anyway:)
Posted by Sean at 9:38 AM