Mega Bargain of the Day: Exorcising my Twin Famicom Demons 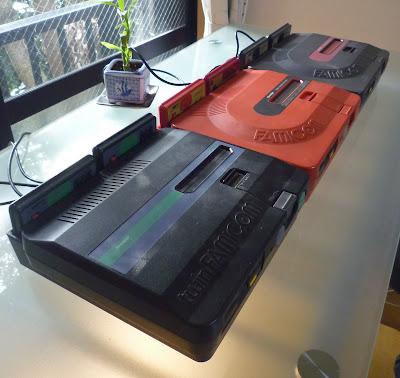 Yesterday when I was at Omocha Souko buying my 300 yen square button Famicom (see previous post), I noticed they had something else in the junk section. Here it is: 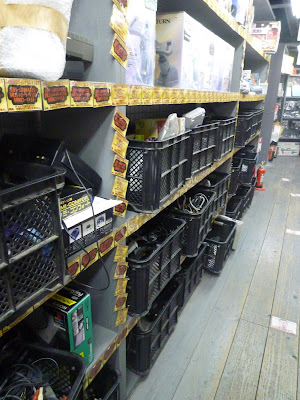 Kind of hard to see in this photo. All these black bins are loaded with retro game console stuff - controllers, wires and consoles. On the far left, middle shelf, you can sort of see a Black Twin Famicom sitting there. For 300 yen.

I already have two Twin Famicoms so I didn't buy it. But this one was different from the ones I have. Its the "turbo" twin Famicom, in black and green.

I had to fight hard to resist the urge to buy it. 300 yen is an insanely cheap price for a Twin Famicom (well, I paid only 100 yen for my other Twin Famicoms but that is not normal at all). The fact that it was big and I don't have an AC adapter for it (or my other Twins) was, however, enough reason for me to resist the temptation. Insanely good deal though it was.

And so I left the store and lived happily ever after. The end.

No, wait. That isn't what happened at all. All I could do was think about that 300 yen Twin Famicom sitting there on that shelf. All night.

So today I had some errands to run this morning which took me into the neighborhood of Omocha Souko. I dropped by to see if the Twin Famicom was still there. It was, sitting on top of a cutely-named Famiclone (the "Fami-Comfort"): 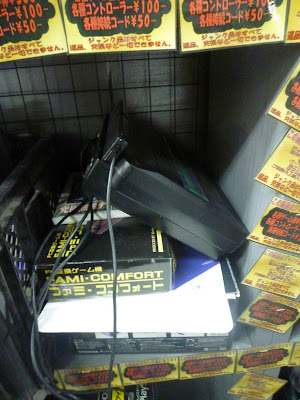 I spent about 20 minutes pacing the aisles. Debating whether or not I should get it.

An angel Sean was perched on one of my shoulders. He said "Don't buy it, Sean. You don't need more of this junk clogging up your already over-burdened shelves. And you don't even have an AC adapter for it."

On the other shoulder sat devil Sean. He told me: "Go on. You know you want it. Its the last Twin Famicom you need, you'll have the whole set. Shelf space be damned. You'll get an AC adapter for it eventually, then you'll be able to use it."

Believe it or not, angel Sean won out in the end. I left the store without purchasing it.

Then I went to do my errands, the last of which was stopping off at my local fruit and vegetable stand. It was as I was paying for my purchase that devil Sean discovered some really good ammunition.

"Look at that. 348 yen for a little bag of oranges. You mean to tell me you are throwing away 348 yen on a light snack but you won't pay less than that for the most awesome Famicom console out there? Are you nuts?"

I looked over to angel Sean, but he had no response to that. He just kind of silently shrugged and gave me that "Ah, what the hell, go for it" look.

So I hopped back on my bike, strode back into Omocha Souko, went right up their cool escalators: 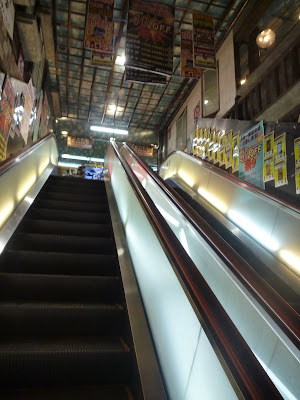 Grabbed the Twin Famicom and bought it.

Here she is, my newest Famicom addition (haven't had a chance to clean her up yet): 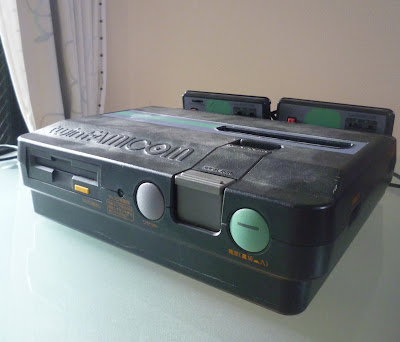 That makes three Twin Famicoms that I have. I am probably the only person in the world to have successfully collected three different versions of the Twin Famicom without being able to play games on any of them:

The new one is a bit different from the other two. Like they just say "Famicom" on the top and have this kind of cool curved bit: 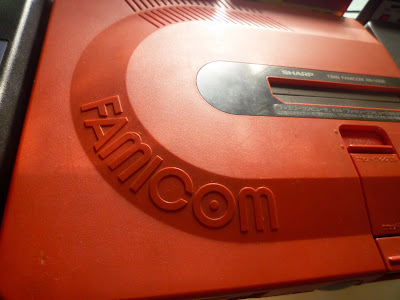 The new on though says "twin Famicom" and it has all straight lines: 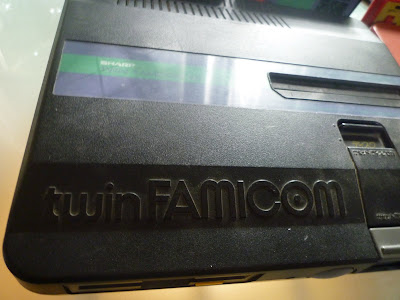 The controllers are different too. The new one has a turbo switch that the other two don't: 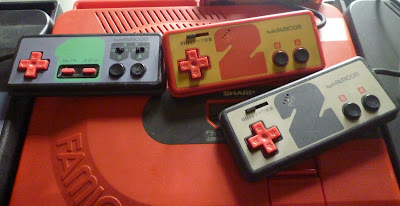 Anyway, if any of you have a Sharp Twin Famicom AC adapter, let me know!! Seriously!! 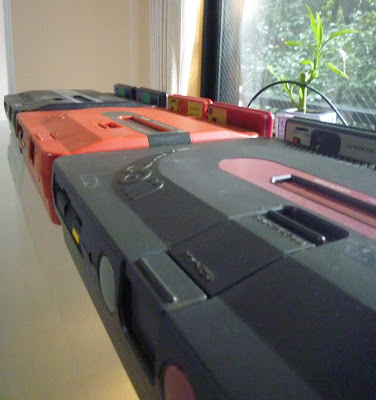