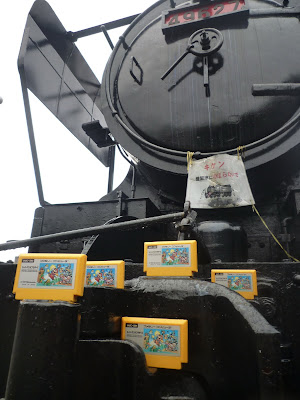 OK, I promise not to do this too often.

Its January. Its raining. Its cold. I have a camera, five Super Mario Brothers Famicom carts, a bit of free time and a penchant for taking pictures of stuff I have five of.

Having done something very similar with my five Excitebikes a few months ago and not wanting to go to the same creative well too often I was a bit hesitant to do this. But the handwriting was on the wall: time for another Famicom cart tour. So off we went. 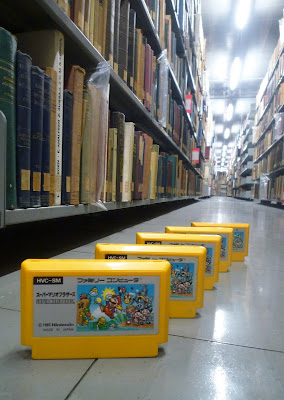 A shelf of English translations of ancient Japanese poetry caught their eye: 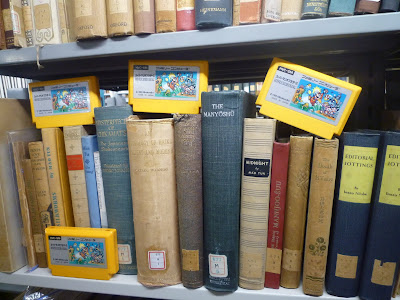 Then, an old newspaper from 1931 lying on a shelf. Early Showa retro meets late Showa retro: 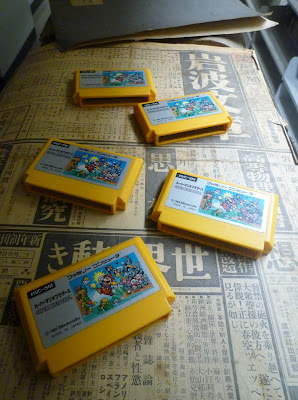 But that wasn't really why we were there. They wanted the good stuff. You know. The North Korean propaganda section!!! Whoa yeah! 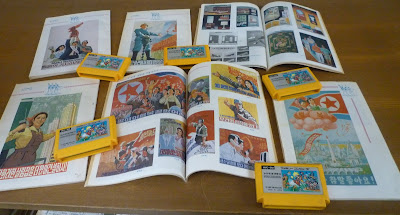 In their naivety the Super Mario Brother carts believe that North Korea is some sort of amusing lair run by Dr. Evil, who they are a real fan of. They've got it all. They're own Frau Farbissina: 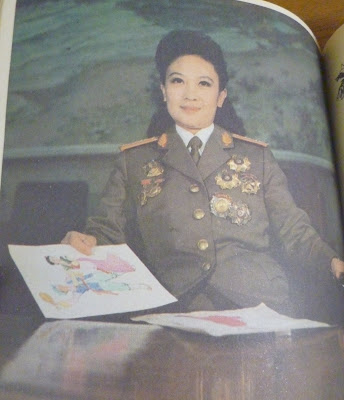 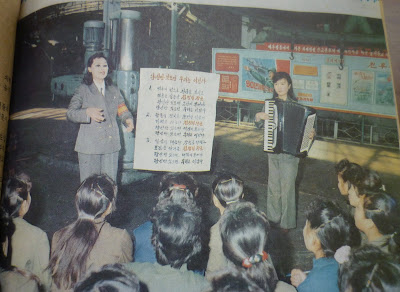 And absolutely immense quantities of lipstick for their performing artists: 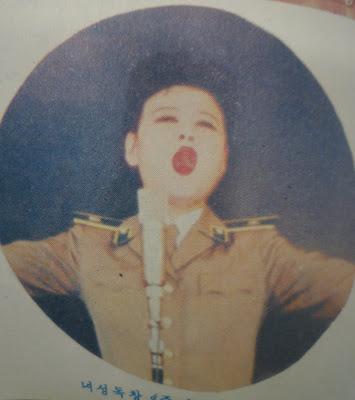 So they really like to break open the old North Korean propaganda literature that our library - for god only knows what reason - has a whole shelf devoted to: 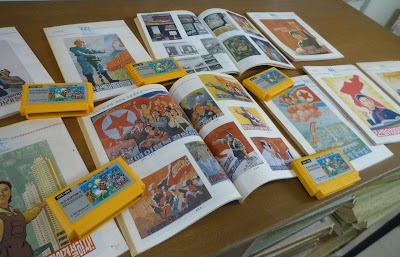 Oh and the collected works of Kim Il Sung: 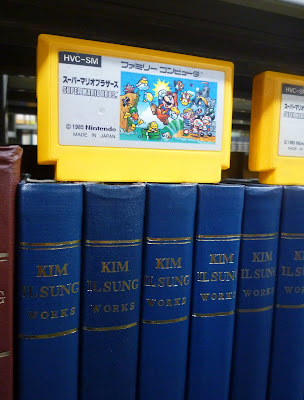 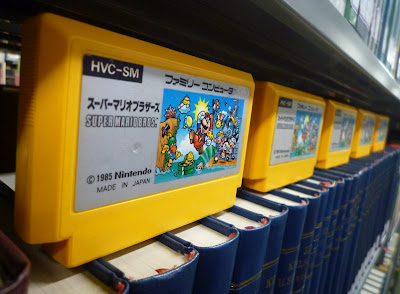 Oh how they do enjoy the library: 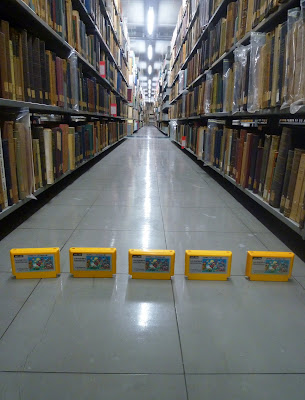 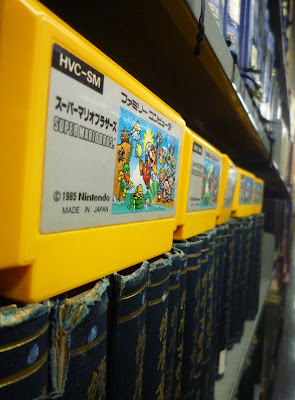 After that, outside to the trains! 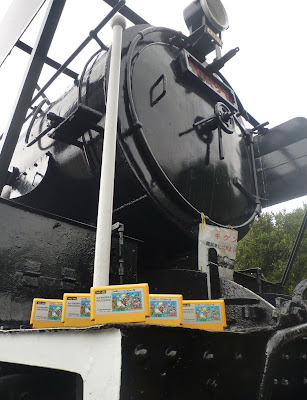 They fit just perfectly in here: 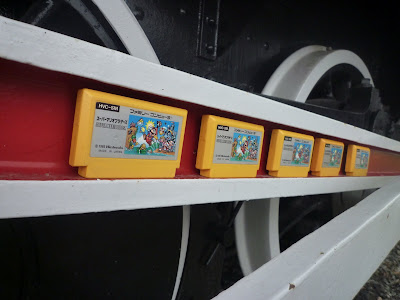 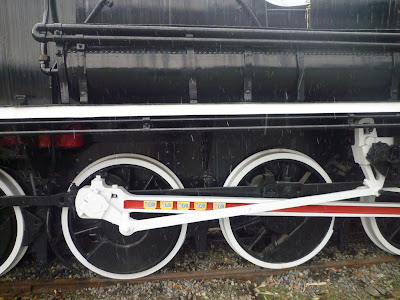 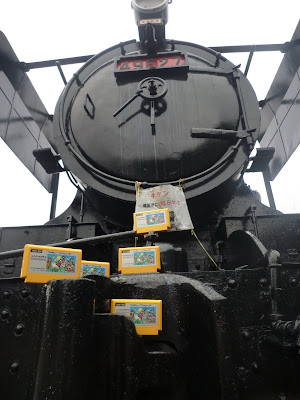 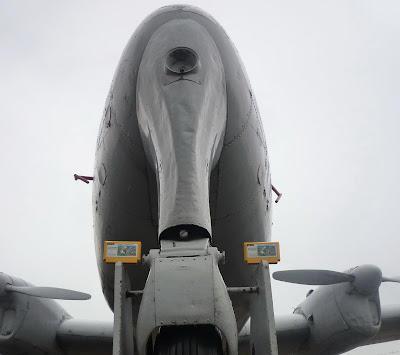 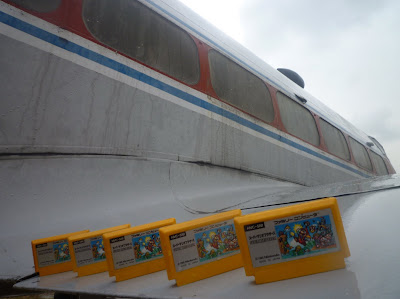 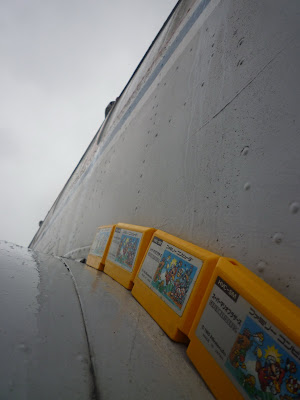 And then the rain started again so I went home.
Posted by Sean at 4:00 PM