Mega Bargain of the Day: Another Square Button Famicom 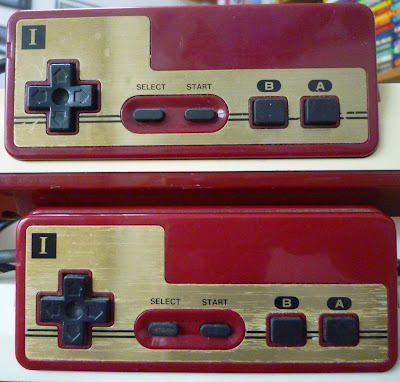 I was at Omocha Souko yesterday and they had a couple of new things in their junk section. Mostly stuff I already had, but in the pile of used consoles - mostly Saturns, Play Station ones and Super Famicoms - for 300 yen (3$) they had just put out this baby: 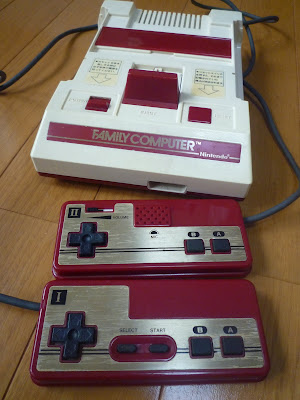 This is my second square button Famicom. The first one I got last May at Hard Off for 525 yen. I did a post of it at the time which explains a bunch of the background behind the Square Button Famicom and has pictures of the thing's guts when compared to a regular Famicom. I won't repeat all that here, except to mention that they are pretty rare and it is insanely hard to find these things - especially for only 300 yen!

Anyway, I had never been satisfied with my old Square Button Famicom. It is completely useless and doesn't load games. More importantly from an aesthetic point of view though is the fact that it was missing one of its square buttons (see the older post, it was such a heartbreaker to discover).

Last week I was talking about how much I like stuff in "bad" condition, but that is only true to the extent that the wear and tear somehow enhances the look and feel of the item. Missing buttons - SQUARE buttons - and consoles that don't work definitely do not fall into that category. Plus despite my liking stuff in bad condition, I am still a sucker for something that looks really nice and clean. So a nice square button Famicom was still on my want list when I walked into Omocha Souko yesterday afternoon.

And this one is the exact opposite of my other square button Famicom. It is in unusually good condition. It works perfectly, has all its buttons and is incredibly clean. The only problem with it (apart from some very minor wear and tear) was that it was missing the expansion port cover (most used Famicoms are missing these). The control pads are exquisite: 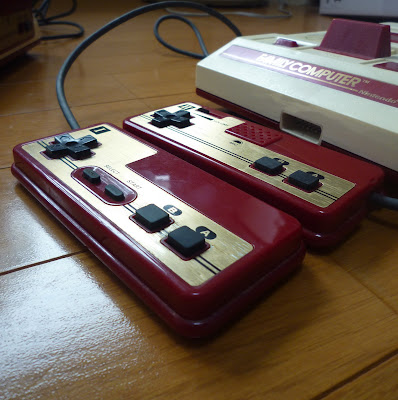 But not my new one. It has gray wires. Note the contrast in the below picture. The top one is a regular Famicom with black wires. The bottom one is my new square button Famicom with gray wires: 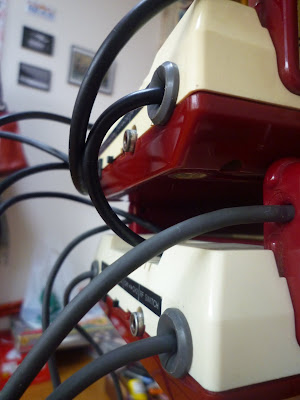 I realize that wire color isn't exactly an issue of earth shattering importance, but still, I found this difference kind of interesting. Anybody know why they are different? 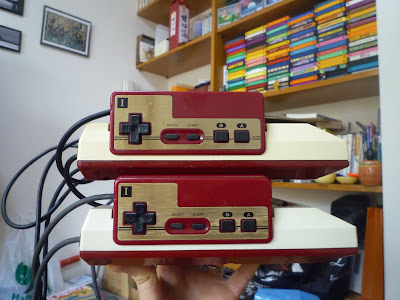