A couple months ago I picked up Donkey Kong Jr. Math. Hardly an epic game or one that I really wanted to play with, but it did complete one subset of my Famicom collection: the pulse line carts. 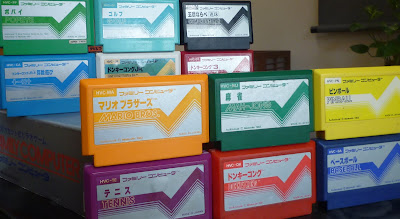 I love the pulse line carts. So simple, so perfect. They really remind one of just how long the Famicom was around. I mean, they were still making games for the thing as late as 1994 - the same year the Playstation came out. And Nintendo was still making new Famicom consoles as late as 2003 - well after the PS2 and Game Cube had been released.

But the design of the pulse line carts looks more like something from the Atari 2600 or Colecovision era in North America. Which, of course, makes complete sense because these ARE something from the Atari 2600/ Colecovision era. These were all released between 1983 and 1984 - well before the NES made its American debut and wiped out the last of the pre- crash game consoles still on the market. A lot of these games were, in fact, also released on those earlier consoles as well, and none of them (except Devil World - sort of) feature the scrolling element that made the Famicom/NES so distinct from its predecessors. These are creatures from a different era.

Anyway, I've been quite impressed by some of the photos other people have taken of them, like Bryan at the Gay Gamer's and "anonymous" here (edit: that photo was taken by Kendra) and I've been wanting to put some photos of mine up as well. So here they are. Pulse line carts at various locations in my apartment.

On the steps to my loft:

The hand-rails muck up the photo a bit, though at least they keep me from falling down: 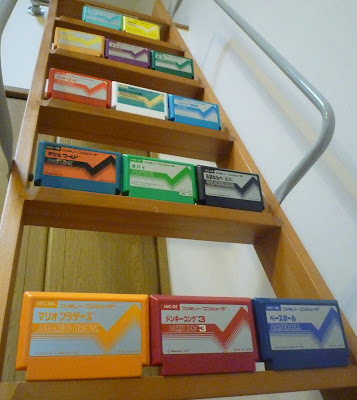 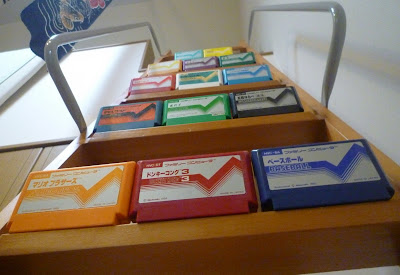 On top of a Famicom box and Family Basic: 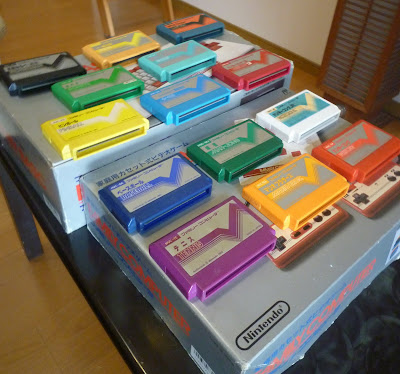 On top of my curtain rails: 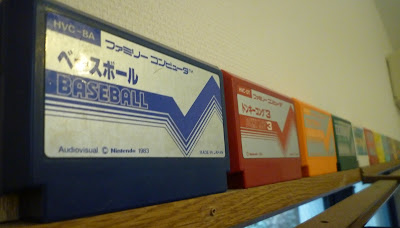 On a side table with a potted plant: 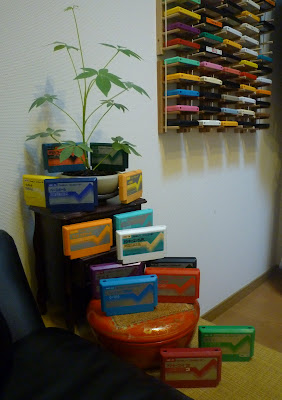 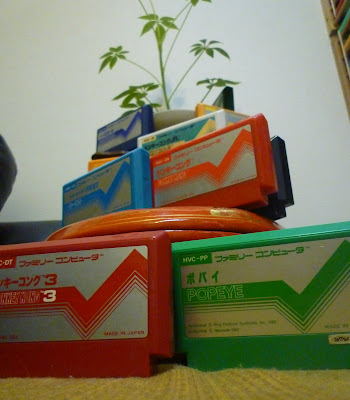 Mario Bros. and Tennis soaking up some rays: 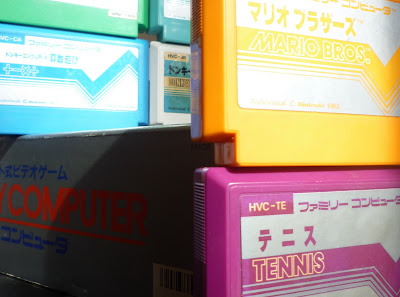 I love the fact that the combination of all the carts has the perfect balance of color. They look good just stacked up: 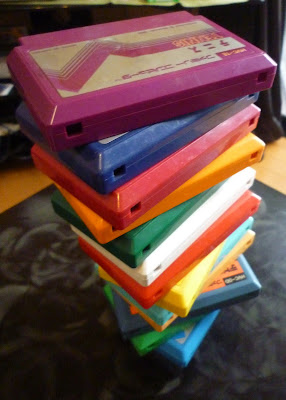 I do sort of wish they had made either more or less of them than fourteen. Fourteen is an awkward number to deal with when arranging stuff for photos. You've got limited options. You can put them in two columns of seven, but that makes it hard to see the ones in the back clearly:

Or one long row of fourteen, but that creates an unreasonably narrow photo:

Or four rows of three with this extra row of two looking very conspicuous at the top: 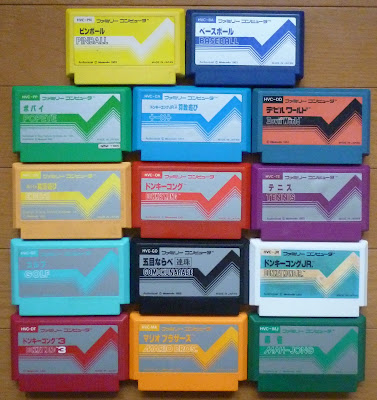 Fifteen would have been better. Anyway, other than that they are aces. 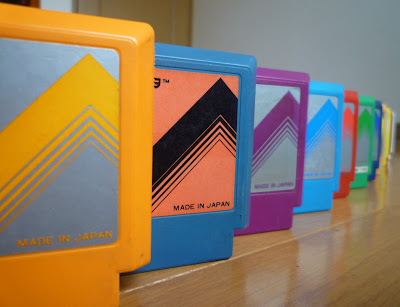