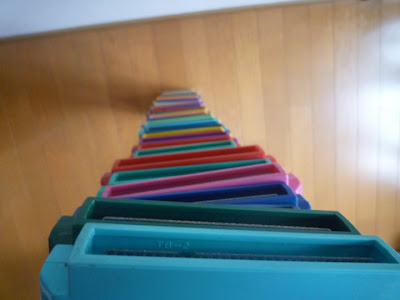 This is my 100th post on Famicomblog. Yay. To celebrate the occasion I thought I would perform an experiment. In order to perform this experiment I required two things. 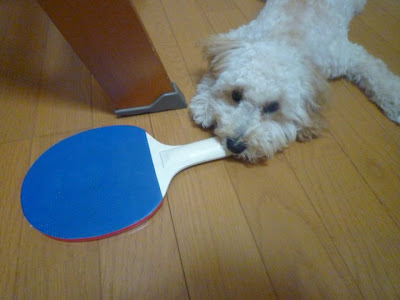 I suppose that is actually 101 things, but never mind about that.

My experiment was to see how many of the 100 Famicom carts I could stack on top of each other, free-standing, in a small room without this dog knocking them over.

I began stacking them in groups of seven. The first seven posed no problem: 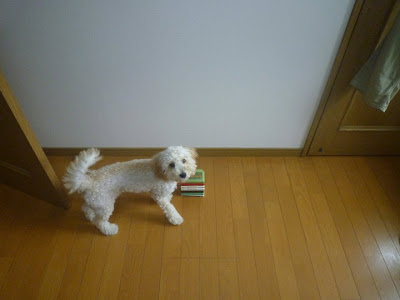 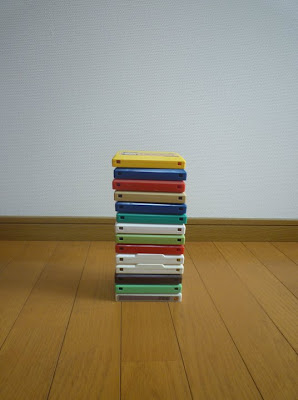 Twenty one and doing fine: 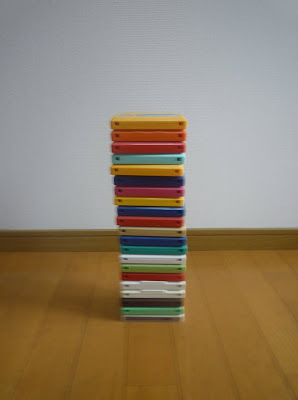 Twenty eight, everything is still smooth: 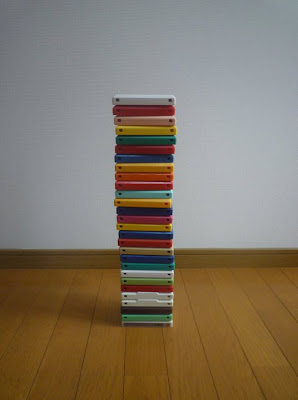 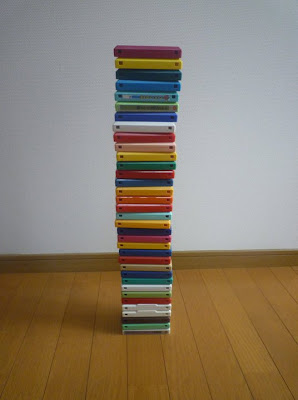 Forty two and we are starting to see some wobble, but we're still safe: 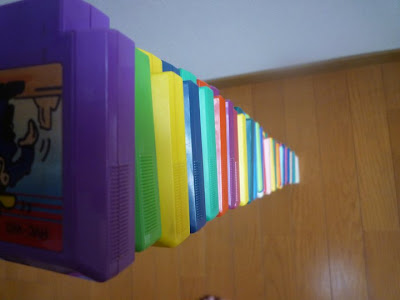 Forty nine. We've now reached the point where it is too dangerous to continue stacking them seven at a time. From now on it is one by one: 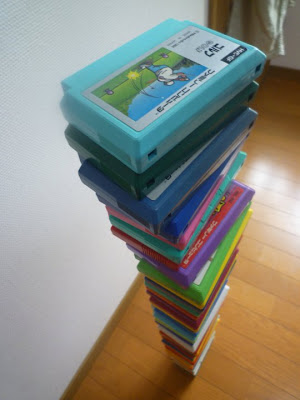 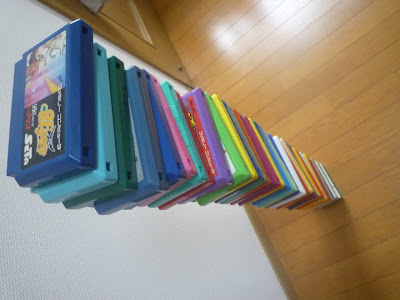 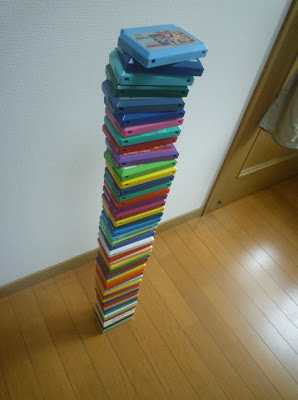 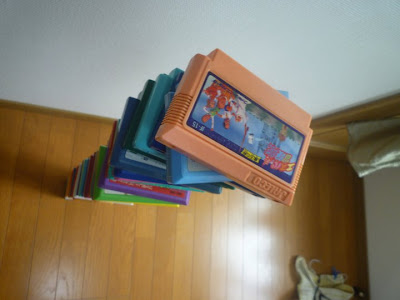 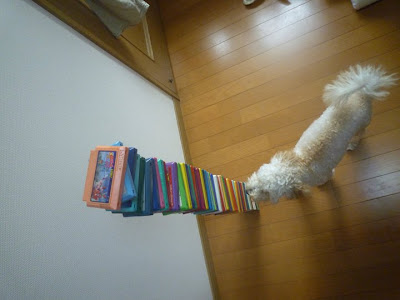 Sigh. Fifty two it is! 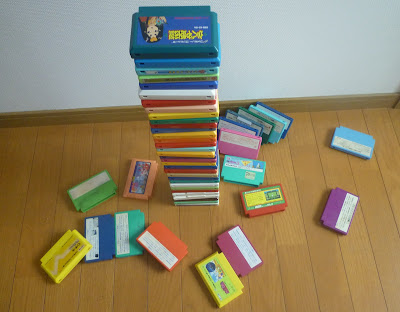 So there you go. Another one of science's mysteries resolved through the use of a controlled experiment in the field. You cannot stack up more than 52 Famicom carts in a small, enclosed room with my dog.

Anyway, thanks for reading everybody!