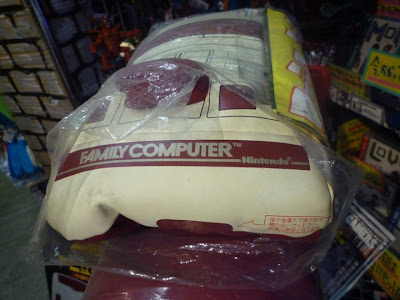 I was at Village Vanguard, a novelty store downtown, today. I did a post about them a few months ago as they sell Famicom games. They had some new Famicom crap in today though so I thought I'd take a few pictures and put them here.

The main thing of interest was the Famicom cushion. As the name implies it is a cushion and a Famicom: all in one.

To be honest, I'm not a huge fan of novelty stuff like this. The attempt to cash in on my ironic sense of hipster nostalgia is just a bit too blatant. Still though, it was a nice try. It is actually two cushions, a Famicom cushion and a Famicom Disk System cushion: 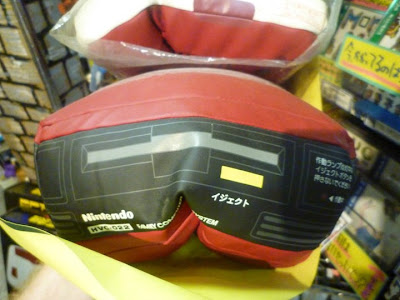 They are tied together at the back, where you can also see the controller wire strings: 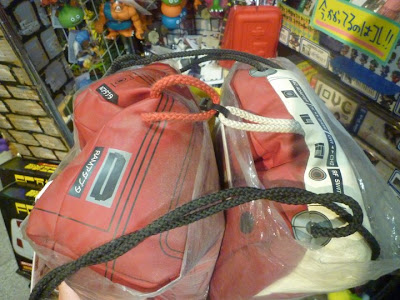 Which connect to the controllers: 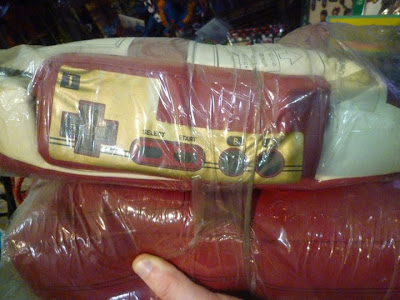 It is really a shame that they display them wrapped in ugly plastic like this. I would have been much more tempted to buy one if they had displayed them nicely (like making a cushion Famicom Box or something). Usually Japanese stores are much better at stuff like that, Village Vanguard (and whoever manufactured these things) really dropped the ball there.

I was almost tempted to remove one from the plastic for the purposes of these photos. You know, the old:

routine. I didn't have the guts though. 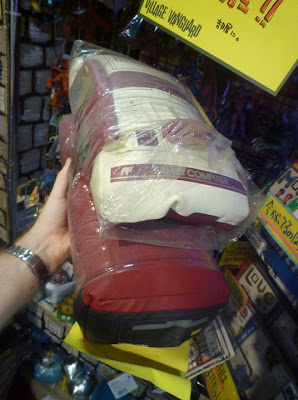 Another problem is that they are made of this plastic-y type of material that doesn't look like it would be too comfortable. If I did have these I doubt I would use them as cushions much.

The problem with that is that these pillows actually cost more than a Famicom (and Famicom Disk System), so you'd have been better off just letting the burglars take the real thing.

Anyway, these are about 3300 yen if anyone is interested.

They had some other kind of interesting Famicom related crap lying around. Like this handbag: 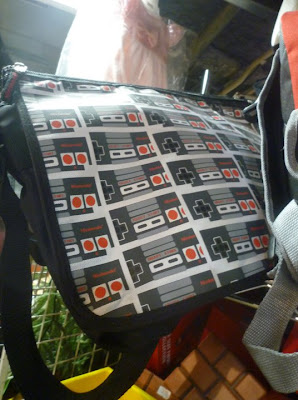 Must have been an imported one.

They also had these carrying cases: 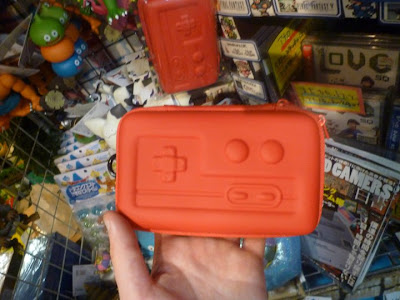 Not too sure what it was for. I guess you could keep your Famicom controller in there or something.

And a little box that contains Space Invaders: 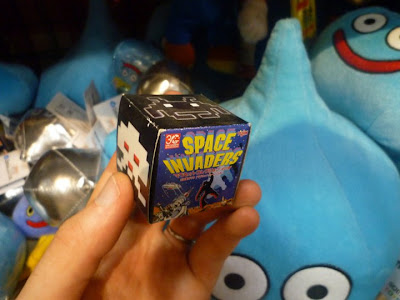 And some Mario dolls: 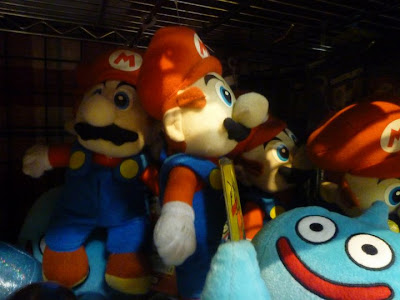 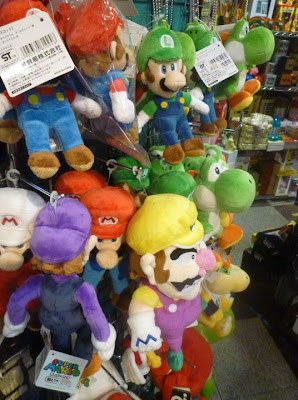 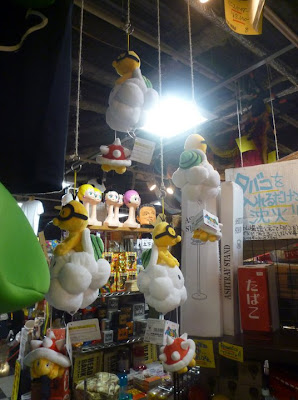 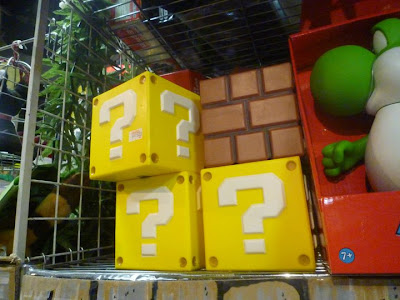 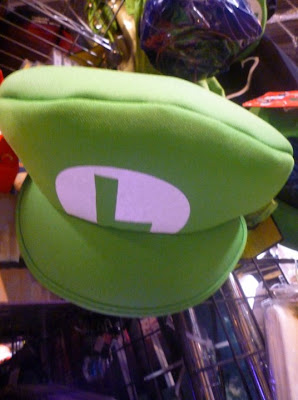 And a bucket of actual Famicom games: 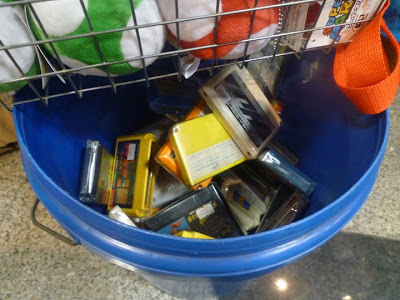 I didn't buy a thing.