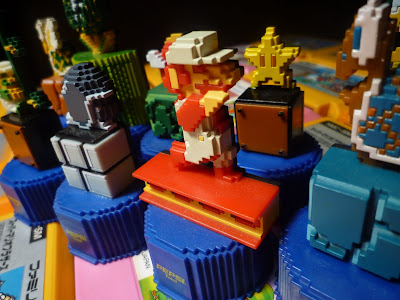 I don't like Pepsi much. I'm more of a Coke kind of guy. On occasion though Pepsi does come up with some promotional stunt that will cause me to join the herd and buy their inferior, too-sweet-for-my-taste soft drink over Coke.

When I first came to Japan way back in the 20th century, Pepsi was experimenting with a new promotional tie-in called Pepsi Man. Basically, they strapped one of these to every 500ml bottle you bought: 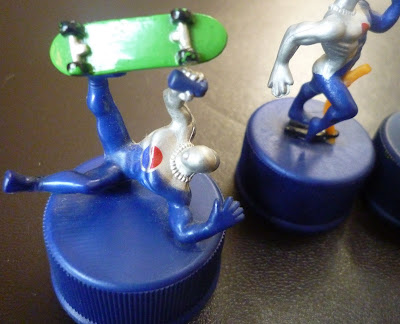 They had a few Pepsi Man related promos like this, usually involving Pepsi Man getting into amusing or scandalous situations. The character was way too self-indulgent to ever be popular though so they eventually stopped using him.

The idea of giving away bottle caps with characters on them proved to be popular though, which makes sense. When I'd go to the convenience store at lunch, I'd look at the soda bottles. The Pepsi one had a little bag on it with some prize in it. The others usually didn't (though Coke also sometimes runs these giveaways). Being a sucker for free stuff, I'd grab the one with the bag, even though I knew it was just a stupid Pepsi Man bottle cap inside.

It wasn't long before they were moving on to different kinds of bottle cap giveaways. Many of these were tied into movies and other stuff like these guys: 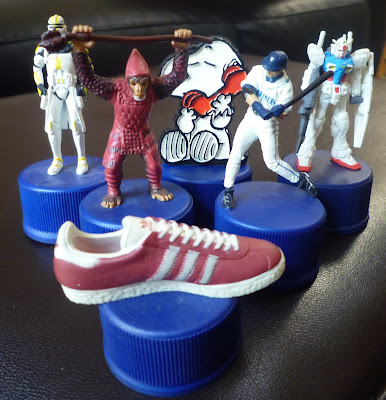 Between 1999 and 2005 each of the awful Star Wars prequels got a line of bottle caps, as did the equally awful Planet of the Apes movie. I have quite a few of these from my lunches back then. Ichiro also got his own line, as did the Peanuts characters. The Gundam one was my favorite, even though I don't know anything about Gundam and have never seen the show (they have a show, right?) The robots look pretty cool in bottle cap form anyway. The Adidas running shoe ones were probably my least favorite. I mean, really? Shoes? Why? You were giving us these amazingly intricate mini robot statuettes last month and now you expect us to buy bottles with these stupid shoes on them?

These things were relatively fun to collect. At least they were if, like me, you are the type of person who enjoys collecting random stuff just for the sake of collecting random stuff. The bags they came in were not see-through so you didn't know which one you would get, adding a sense of mystery to an otherwise boring, run of the mill soda purchase. I never succeeded (or really tried) to collect any entire series of the things, but I probably have a couple hundred of them scattered about here and there.

In 2005 I left Japan for a while and missed out on what would be the best of all the series: the Super Mario Brothers Series. These would also turn out (along with the Star Wars Episode 3 ones) to be the last of this kind of Bottle Caps Pepsi would ever release as they stopped making them that year. End of an era, fun while it lasted.

Anyway, while these things were massively collectible back in the day, their allure has worn off with the passing of years and now pretty much every junk shop in town has some, usually for pretty cheap. I bought a big bag of them a while ago for old time's sake. They were cheap, can't remember how much though.

Inside the bag I bought were a bunch of the Super Mario Brothers ones. I really like these things. It is quite impressive to see the 8 bit pixels rendered in a three dimensional medium: 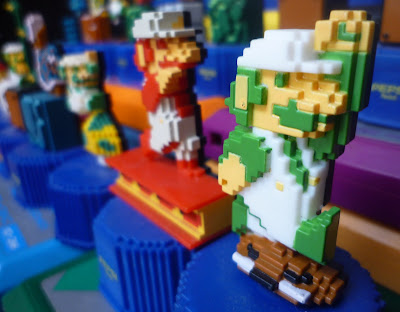 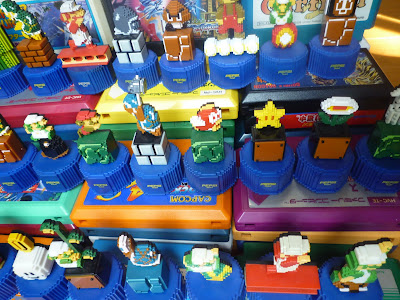 I think these were a tie in for the anniversary of something Nintendo-related. I'm not sure what though. Were there any important anniversaries in 2005? Super Mario Brother's 20th maybe? The details on some of these are quite impressive for something that you got for free. You can see the fear on the face of the red blowfish: 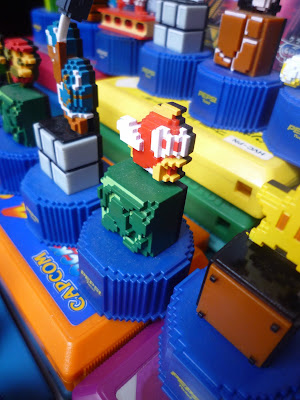 And Luigi looks like he is having a hell of a time getting up that vine: 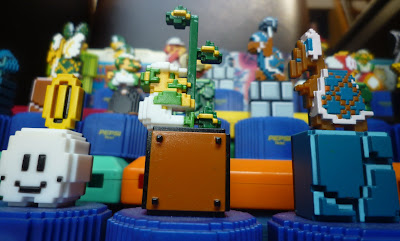 I am also particularly fond of this juxtaposition between the facial expressions on a Koopa and the flying turtle. The Koopa looks brooding and angry. His single eyebrow just exudes frustration and annoyance with the world around him. The flying turtle on the other hand is smiling like an idiot. He is completely oblivious to the world around him and innocent as to its goings-on. You know if these two ever got together in a social setting the flying turtle would just annoy the crap out of the Koopa. If they ever make a buddy cop film based on Mario characters, these two would be perfect: 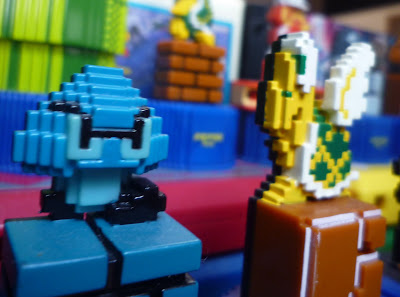 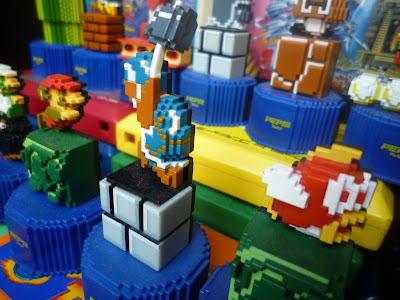 I leave you with the coolest bottle cap of them all. Lando Calrissian. Oooooh yeah: 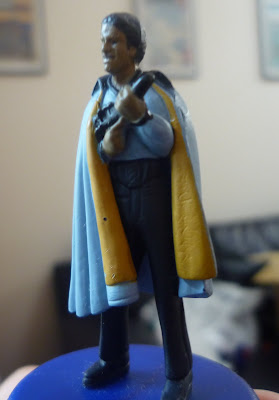