Here it is, March already and until today I hadn't bought a single Famicom game all year. The last game I got was "Thunderbirds" which my wife gave me for Christmas. Since then, not a one!

Part of this has been the effect of having over 600 different carts already. When you've got that many, it gets very hard to find ones that you don't already have. I've picked over all the local shops and pretty much have all the games that they have.

Another reason though has been the fact that my local shops just haven't been getting much new in these days, at least as far as Famicom carts go.

Today though I was quite pleased to find a crate-full of newly arrived Famicom carts freshly displayed at Omocha Souko for me to go through!

On going through them, I was even more pleased to discover that they had some carts which I needed! Yay!

I ended up picking up 10 0f them, pictured above. Among the new haul were such luminaries as Mitsume Ga Tooru: 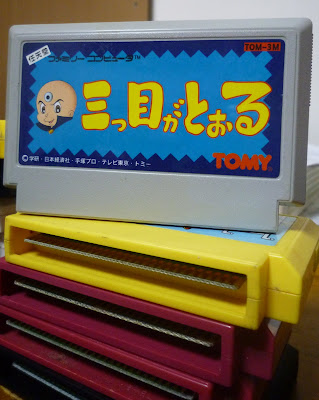 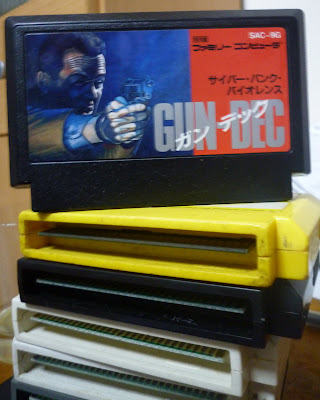 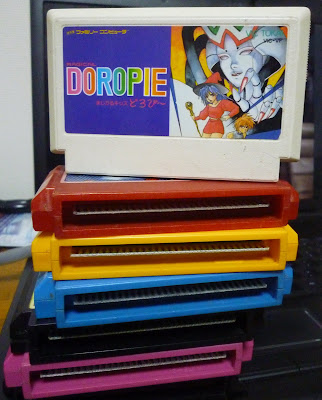 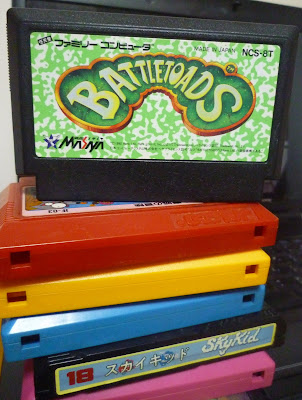 One of the more interesting ones I found was a game I already had, Lode Runner: 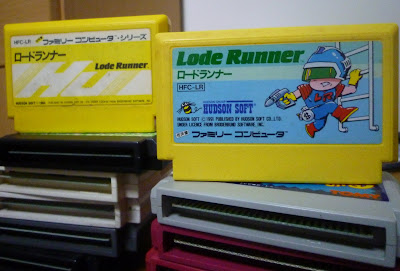 The cart on the left is the original Famicom version of Lode Runner, released in 1984. This is a relatively easy one to find. The one on the right though is the 1991 version with artwork on the cover. That is a much harder version to find and I decided to get it just for the hell of it. I kind of like having the pair of them!

Anyway, with these new acquisitions I now have a grand total of 647 different Famicom games, 9 more than I had at New Year (the new Lode Runner doesn't count).

Incidentally this is how I keep track of my collection: 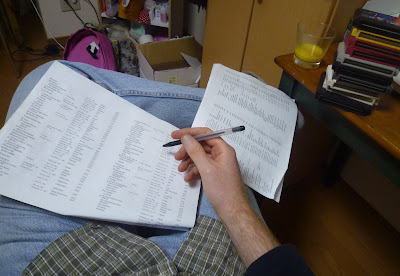 I printed out the list of Famicom games on Wikipedia back when I started this whole "collect the whole Famicom set" venture and I've just been checking them off as I go.