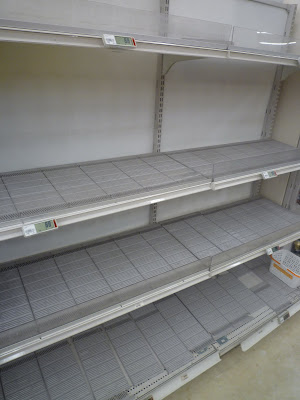 Well, I'm still here. Anxiously watching as TEPCO officials assure us that everything is under control at the Fukushima plant and then give an awkward smile and cough as pieces of said plant come crashing through the roof, forcing the assembled members of the media to scatter.

Anyway, I have to give a big shout out to all of you who have followed up and made donations to charities involved in disaster relief. Your contributions will help a lot of needy people out and is really appreciated!

One of the effects of the unfolding disaster has been hoarding. In Tokyo, the news tells me that store shelves are bereft of pretty much all the necessities - water, food, batteries, etc. Everyone is stocking up. Just in case.

I was surprised to find that even in Fukuoka - hundreds of miles away - the same thing is happening, only at a less frantic pace. My local grocery store is out of some of the necessities like cheap bottled water (usually displayed on the shelves in the above photo) and toilet paper: 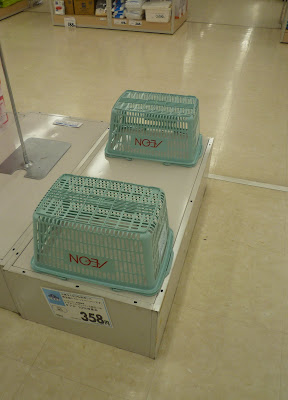 Damn these hoarders. Some of us actually need this stuff!

Anyway, back to the Famicom. I went back to Omocha Souko to try to forget about everything and maybe follow up on my recent purchases.

They had a ton of new Famicom games out. New Famicom day at Omocha Souko is usually a fun event in my day to day life. It doesn't happen often - maybe once a month - but its always fun.

Not this time though. Everything was ridiculously overpriced - something I've never seen at Omocha Souko before. Look at this, Dragon Quest 4 for 1000 yen (usually a 200-300 yen game): 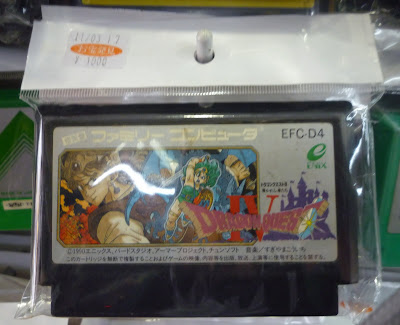 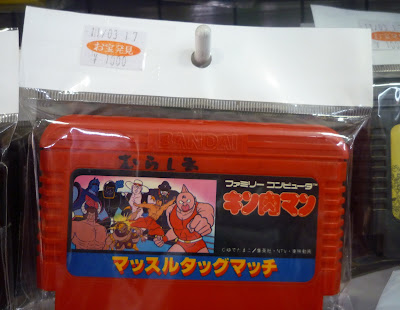 And Family Basic, just the cart, for 1500 yen. This is the same place where I got the whole, boxed Family Basic unit including the cart for just 100 yen a few months ago: 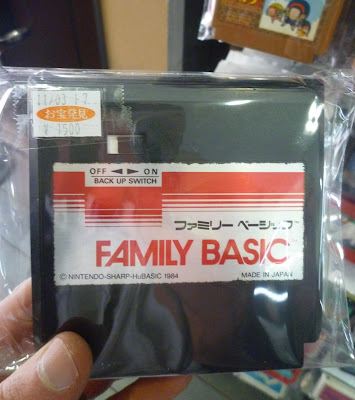 I think they basically just gave the pricing gun to the new guy and he must have gotten carried away. I hope they don't give it to him again. I do not like the new guy.
Posted by Sean at 7:02 PM