Top 80s Movies that Would have been great in 8 bit 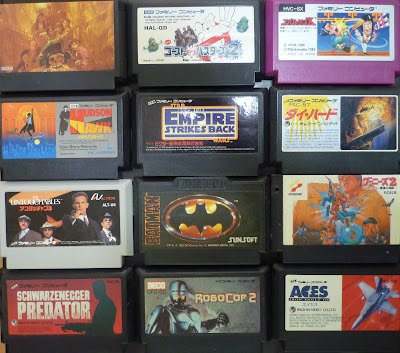 Part of my love for the Famicom is probably dervied from the fact that there are a lot of Famicom games based on 80s movies, which I love. These generally fall into a few categories:

So-so sequels that were made into good video games: Ghostbusters 2

Terrible movies that you cannot believe were made into video games: Hudson Hawk, Iron Eagle 3

Movies that don`t exist but were made into decent video games anyway: Goonies 2

Good movies that were made into bizarre video games: Predator

I`m probably missing a few categories and games in there but you get the general idea. Despite the great number of movie tie-in video games released on the Famicom (and NES) there were still a ton of great 80s movies that never had video game versions made of them back in the day. I`ve here put together my top ten list of great 80s movies that would have made for great Famicom (or other 8 bit system) games but, sadly, never were. In no particular order: 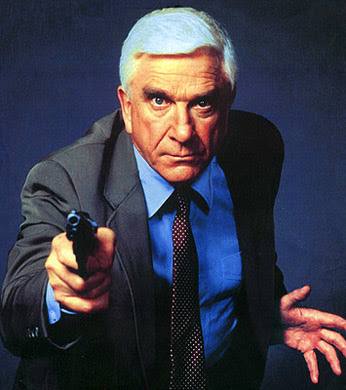 The whole game should just be based on that opening sequence where Frank Drebin takes on the Ayatollah, Idi Amin, Arafat, Ghadafi, Gorbachev and all those other bad guys. Tranquilizing an overweight woman in mom jeans onto Reggie Jackson would also make a very good challenge bonus stage.


2. Romancing the Stone/ Jewel of the Nile 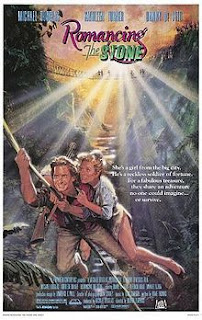 Both of these would have made awesome platformers. A lot of people prefer Romancing the Stone but I`ve always had a soft spot for the sequel. 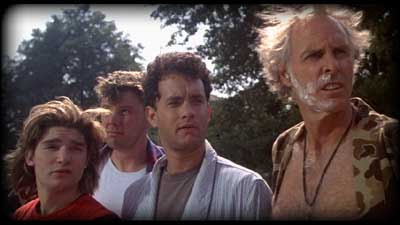 Probably the most under-rated movie ever made. They could make this a cooperative platformer in which the main characters snoop on the Klopeks while trying to avoid admonitions from their wives. Bonus points when you get Corey Feldman to cheer you on. Also whenever you lose a life the game should say `There go the god damn brownies`. 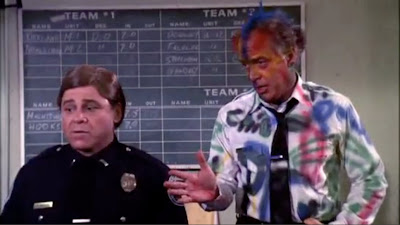 The showdown at the Old Zoo with Bobcat Goldthwait`s gang would make an awesome level in any game. 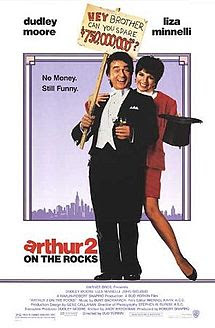 Just to demonstrate that even Dudley Moore`s worst movie would still make a good video game. 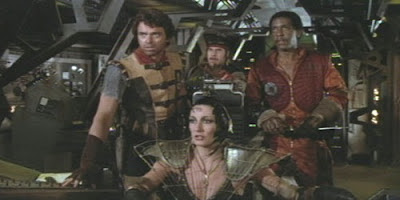 This would work as either an RPG or an action platformer game. Angelica Houston`s best role to date.

7. My Dinner with Andre 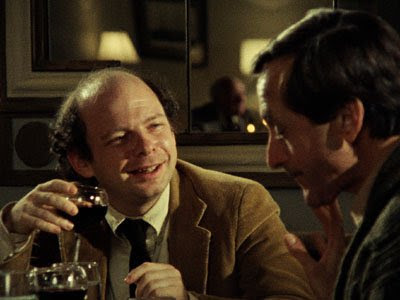 An existential discource between Wallace Shawn and Andre Gregory over dinner at a fine restaurant? Need I say more? Hours of RPG fun in there. 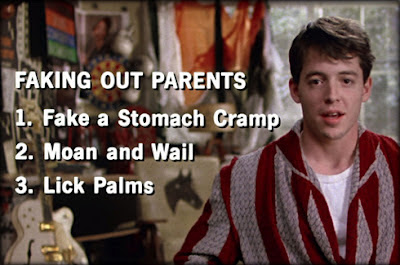 This one is too easy and requires no explanation. Rooney as the final boss? 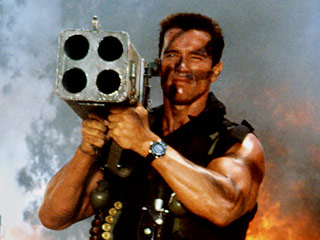 I know that they made a game for the NES called Commando (and for the Famicom), but I don`t think it was based on this movie. I say this because at no point in that game do you get to play with one of those rocket launchers that is, like, four rocket launchers. In one!! This totally needs to be in a game. 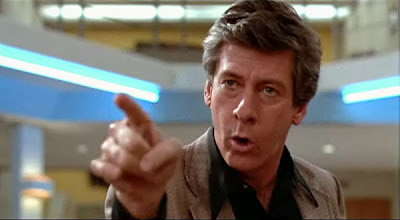 Two John Hughes movies in one list? It is a bit gratuitous, but a game with Dick Vernon as the final boss would be pretty cool.
Posted by Sean at 11:43 AM