Free Stuff: Why I have been drinking so much tea lately 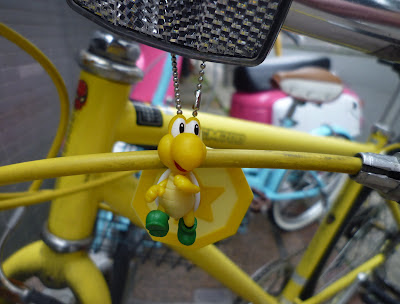 The above is how I have decided to pimp my ride. Yoshi style. Old school.

When I walked into a convenience store a few weeks back I discovered that the beverage companies were doing another one of their promotional giveaways. Buy a bottle of tea and you get a Super Mario 3D Land toy: 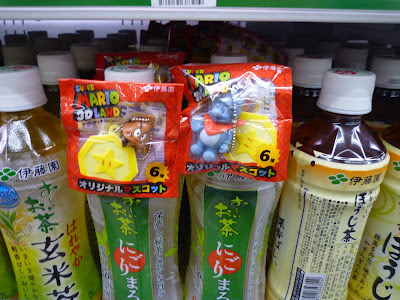 They do this sort of thing sometimes and it is always awesome. The best was the Famicom themed Mario bottlecaps they did a few years ago, but this one is also acceptable.

Normally I don`t drink this kind of tea, but for the duration of this giveaway I have decided to do so. It is impossible to resist. I mean, look at the above photo. Three kinds of tea. The kinds on the left and right come with nothing but tea. The one in the middle comes with tea and a little plastic toy. They are all the same price. They are all varations of the same thing (really bland Japanese tea). Which one would you pick?

I have about a dozen of them now, all of them characters from some 3DS game that I will probably never play.

I chose Yoshi to be the masthead for my bicycle, mainly because he is yellow and so is my bike. Also he is in a running pose so it is sort of like he is running ahead of me while I ride. We`ll see how long he manages to stay there before the little chain rusts through and he falls off.
Posted by Sean at 9:17 AM